CONCORD, Mass. (AP) — Henry David Thoreau went to the woods because, as he famously put it, “I wished to live deliberately.”

Whether you’re visiting Boston or the Berkshires, the pond and the bucolic Massachusetts town of Concord are Thoreau-ly worth a side trip. Here’s why: 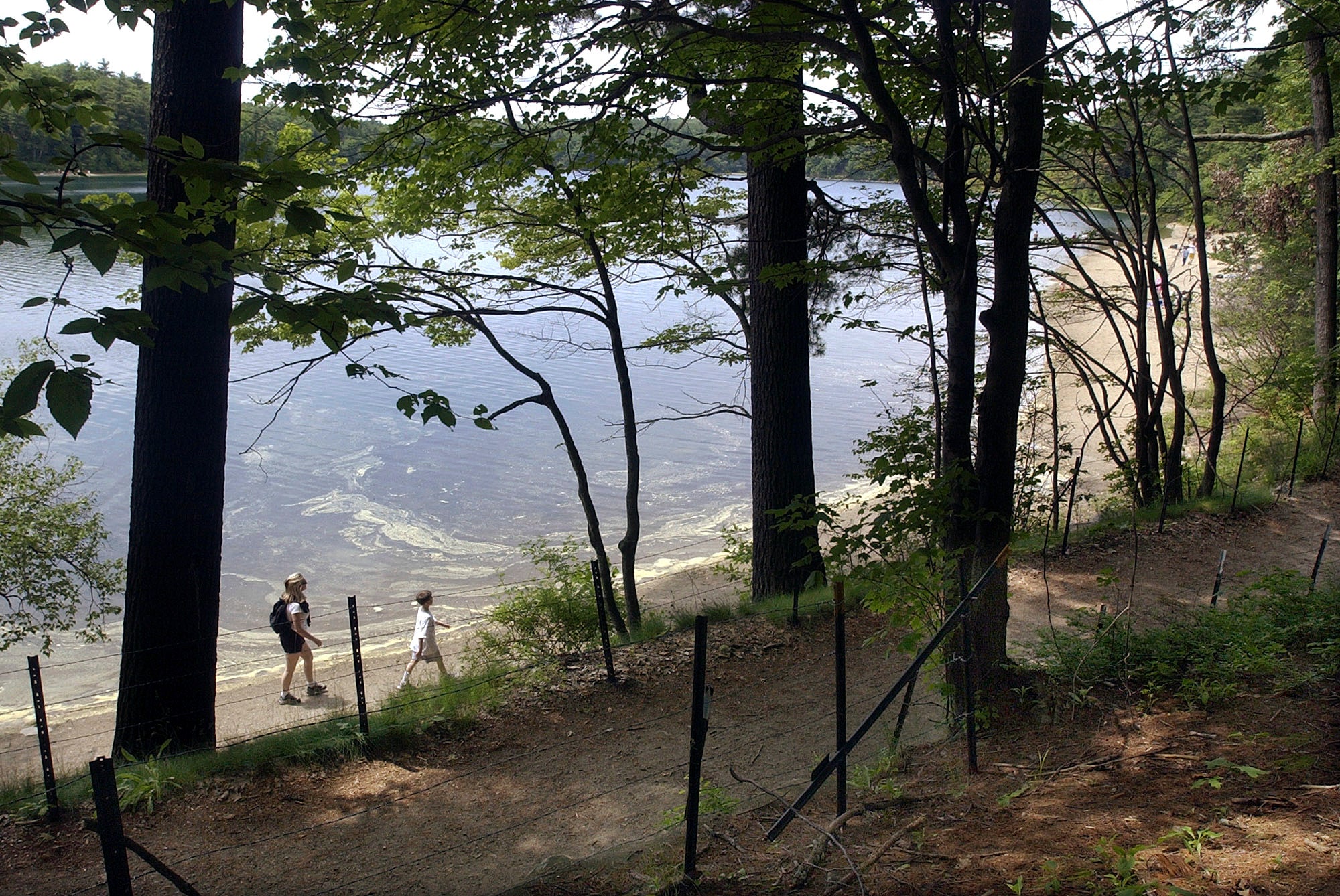 A woman and young boy walk around Walden Pond in 2003.

A retreating glacier formed it 10,000 or so years ago, but it was Thoreau — born in Concord 200 years ago this summer on July 12, 1817 — who really put Walden Pond on the map. He spent two years and two months in solitude and reflection on its shores, writing “Walden” (the book’s full title is “Walden; or, Life in the Woods”), about grasping at the meaning of life by living simply and coexisting with the natural environment.

Today, Walden Pond is a popular fishing hole stocked with trout and frequented by walkers, boaters, swimmers, sunbathers and birdwatchers in warm weather. In winter, there’s snowshoeing and cross-country skiing. You can wander the shaded dirt path hugging the oblong pond; at 1.7 miles, it’s perfect for walkers and runners of all abilities, and its serenity provides a spectacular backdrop for foliage in autumn.

A can’t-miss attraction on Walden Pond State Reservation is the reconstruction of the tiny wooden cabin where Thoreau lived and worked. There’s also a gleaming new solar-powered visitor center that opened last October, featuring interactive exhibits about the man considered a founder of the modern environmental movement. Officials say the pond and center draw about a half-million visitors from around the globe each year. A statue of Henry David Thoreau stands outside a replica of his cabin near the shores of Walden Pond.

Thoreau made a big splash at Walden Pond.

Working at a simple green desk in the cabin he built himself, the former schoolteacher completed “Walden” in 1854. One hundred and 63 years later, it’s a classic known for lines such as, “The mass of men lead lives of quiet desperation,” and, “I went to the woods because I wished to live deliberately, to front only the essential facts of life, and see if I could not learn what it had to teach, and not, when I came to die, discover that I had not lived.”

But Thoreau was many things — philosopher, naturalist, transcendentalist, abolitionist, early climate change advocate — and he wrote other acclaimed works, including “Civil Disobedience,” an 1849 essay in which he agitated against slavery and government overreach. 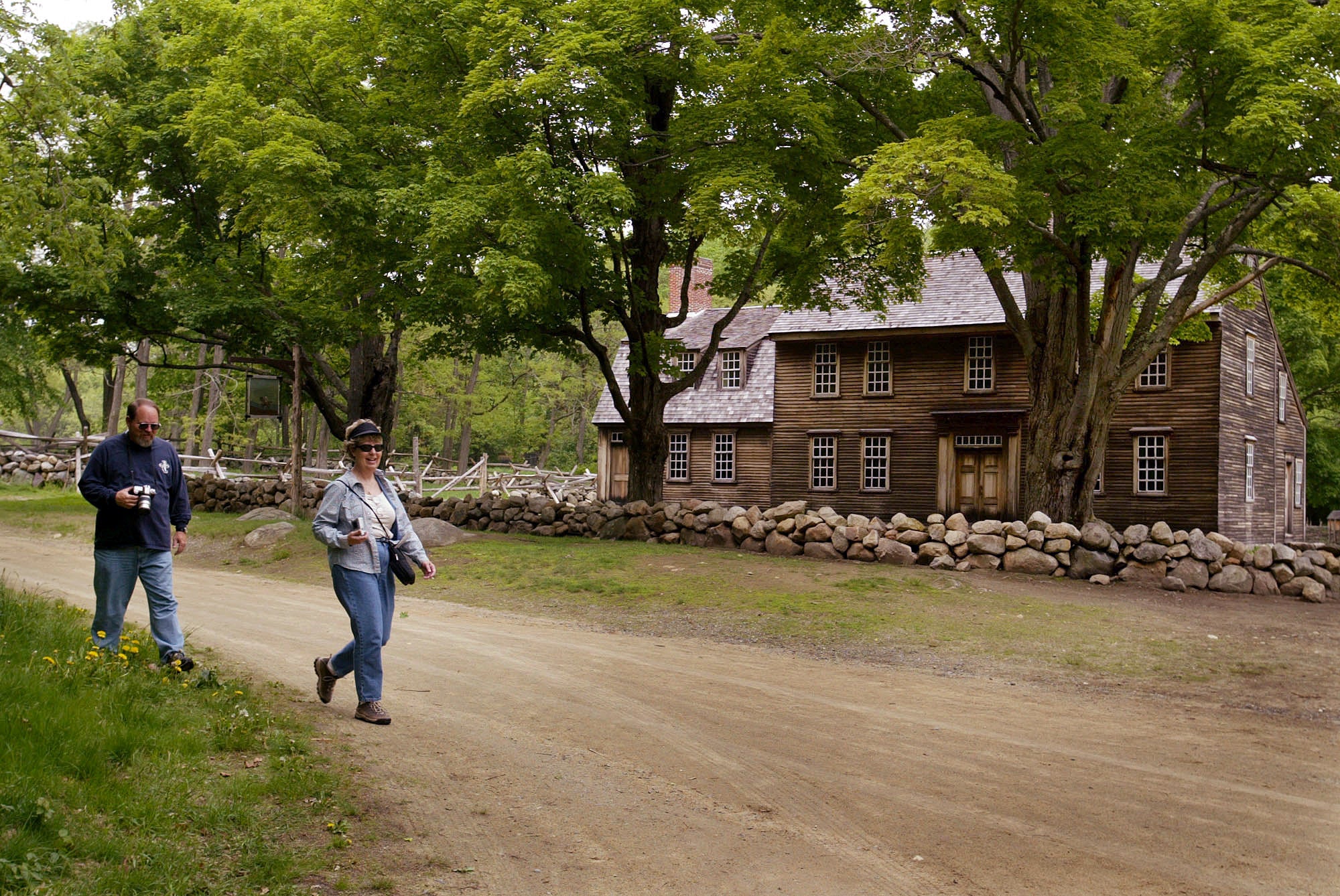 FILE – In this May 18, 2004 file photo, visitors walk past Hartwell Tavern on the restored Battle Road at Minute Man National Historical Park in Lincoln, Mass. The park is just a few miles from Walden Pond, the little lake in Concord that Henry David Thoreau immortalized. (AP Photo/Julia Malakie, File)

Nestled about 20 miles northwest of Boston, Concord is famous for Revolutionary War landmarks enshrined in Minute Man National Historical Park, a leafy spot to picnic and learn more about the first battles that led to American independence from England.

The Concord Museum houses some truly iconic Americana, including the lantern that hung in a church steeple during Paul Revere’s fateful 1775 ride warning that the British were coming. 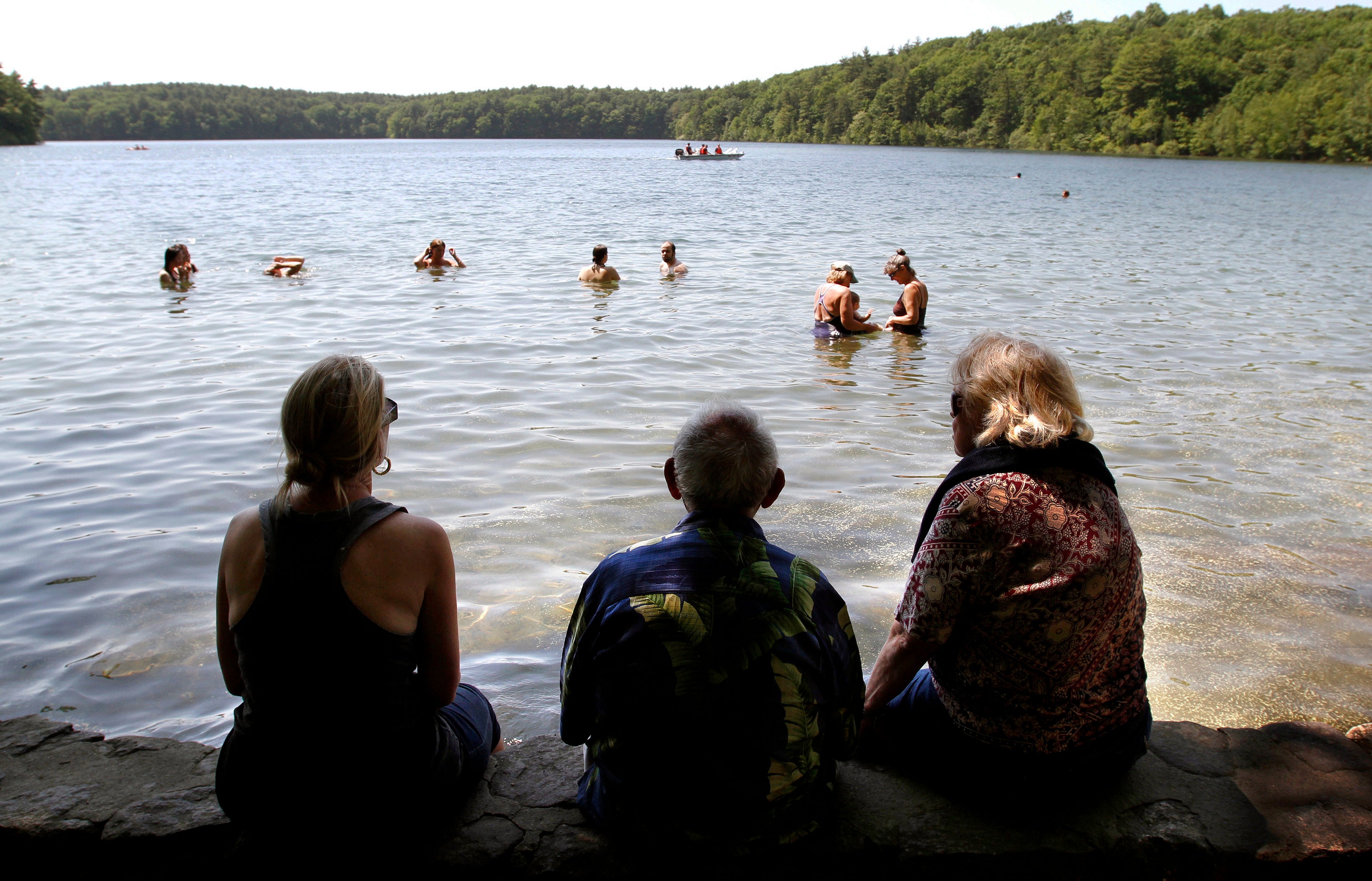 People enjoy an afternoon at Walden Pond in 2010.

Getting there: Walden Pond State Reservation is most easily accessible by car. Parking is $15 for out-of-state license plates, $8 for Massachusetts plates. From Boston, you can ride the MBTA commuter rail (Fitchburg line) to the Concord stop; then take a taxi or Uber to the pond. Admission to the reservation and visitor center is free.

Tips: Dogs, fires and camping aren’t allowed. Only boats with electric motors are permitted on the pond. 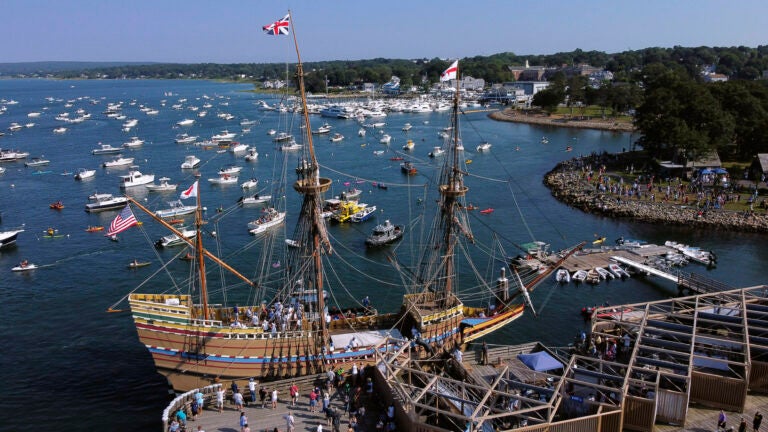