The historic town of Concord, about 20 miles west of Boston, is known for its ties to the American Revolutionary War and literary greats like Ralph Waldo Emerson and Henry David Thoreau.

“The American Revolution started here, ‘the shot heard round the world,'” said Carol Thistle, director of marketing and public relations at the Concord Museum. “And also America’s literary revolution.”

But Concord’s appeal doesn’t rely solely on the past.

“Concord is such a charming town,” Thistle said. “There’s so much green space, between Walden Pond and the National Park Service and the state parks. It’s just beautiful. The downtown is easily walkable. You can pop into restaurants and the shops.”

Spending time in Concord doesn’t have to be expensive, either. Ahead, discover 20 things to do for under $20 in the famous New England town. 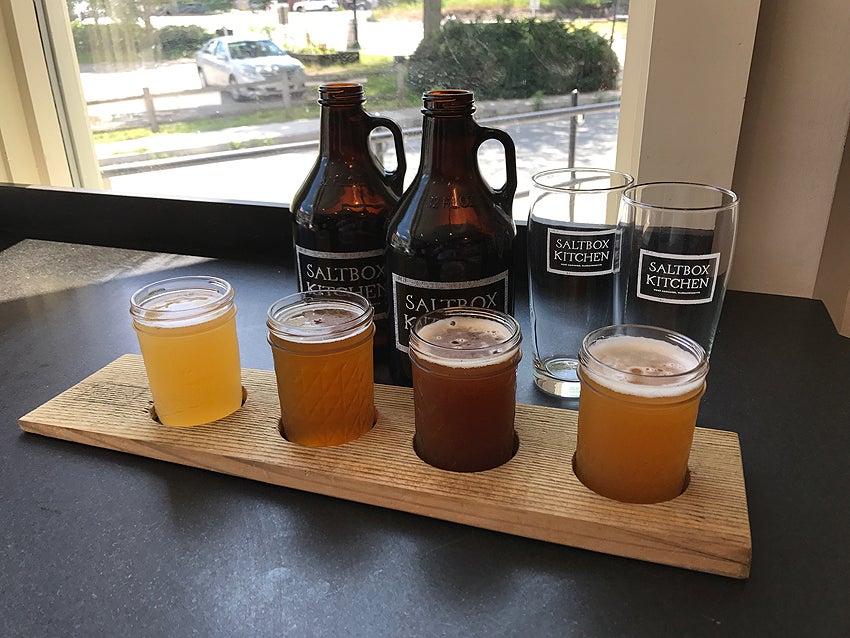 The beer flight at Saltbox Kitchen in Concord.

This cafe, which uses fresh produce from nearby Saltbox Farm, is also a brewery. “We brew our own beer, so you could come in for a couple pints of beer, a small plate, and get out for under $20,” said owner Ben Elliott. Try a beer flight for $9 or a growler for $12. (84 Commonwealth Ave.)

The motto at this bakery and cafe: “Anything worth having is worth waiting for.” Fittingly, each hand-formed loaf of “slow rise” bread at this scenic space is made from homegrown yeast and takes 24 hours to bake. (152 Commonwealth Ave.)

How does Nutella chip or sea salt caramel pretzel ice cream sound? The aptly named Reasons to Be Cheerful scoops 21 flavors daily and creates new flavors each day. The ice cream is made made by hand, on-site, in small batches, and each flavor is also available in soft serve. Toppings include everything from Fruity Pebbles to crushed cookies. (110 Commonwealth Ave.)

Go for the Mai Tai at Chang An

This cafe offers breakfast, lunch, and dinner, and hosts free live music — jazz, blues, and rock and roll — several nights a week. “People are welcome to walk in, sit at the bar and have drinks, and listen to the music,” said cashier Danielle Kruger. (42 Main St.) 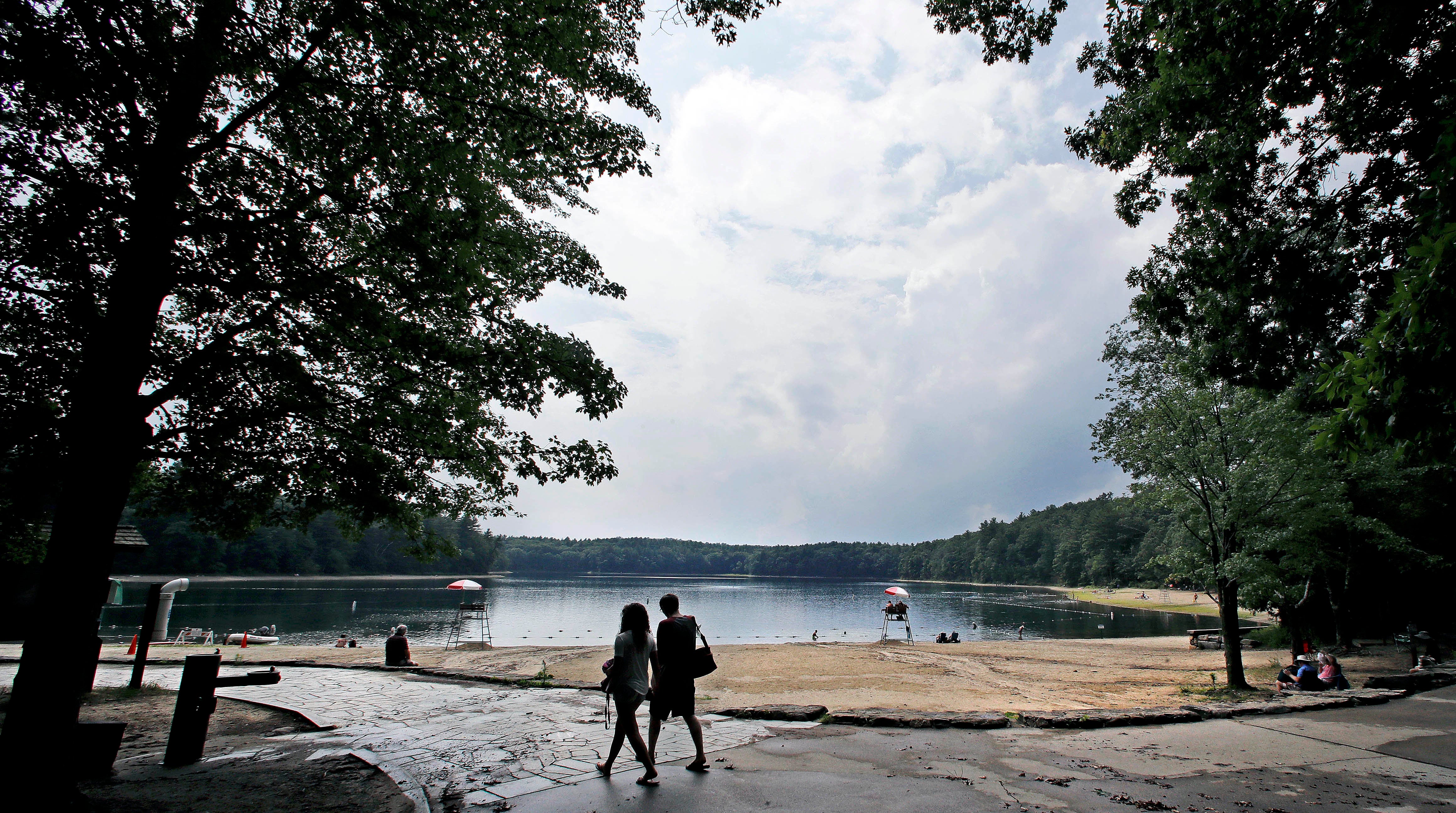 A couple walked along the shore of Walden Pond in July.

Made famous by Thoreau’s Walden, the pond is open year round and is surrounded by hundreds of acres of land to explore. Guests can hike, swim, canoe, picnic, cross-country ski, and snowshoe at the park. Parking costs $8 for Mass. cars and $15 for non-Mass. cars. (915 Walden St.)

At North Bridge (a replica of the original), you’ll stand at the site of, as Emerson wrote, “the shot heard round the world” on April 19, 1775, the first day of battle in the American Revolutionary War. While there, look for the famous Minute Man statue by Daniel Chester French. (174 Liberty St.)

Attend a festival at Verrill Farm

Visit the graves of literary legends at Sleepy Hollow Cemetery

See the final resting sites of Alcott, Emerson, Hawthorne, and Thoreau at this garden cemetery on the National Registry of Historic Places. (34 Bedford St.)

Travel the 1.7-mile path from Emerson’s house to Thoreau’s cabin on Walden Pond that the contemporaries used to visit each other. (Trail begins just east of Concord Center)

Hike or bike along the Bay Circuit Trail & Greenway

This 230-mile recreational trail connects 37 towns in Eastern Massachusetts, including Concord. Guests can hike, bike, snowshoe, horseback ride, and cross-country ski along the trail. Many parts of the trail are accessible by the commuter rail. (Map your route by checking these Bay Circuit trail maps) 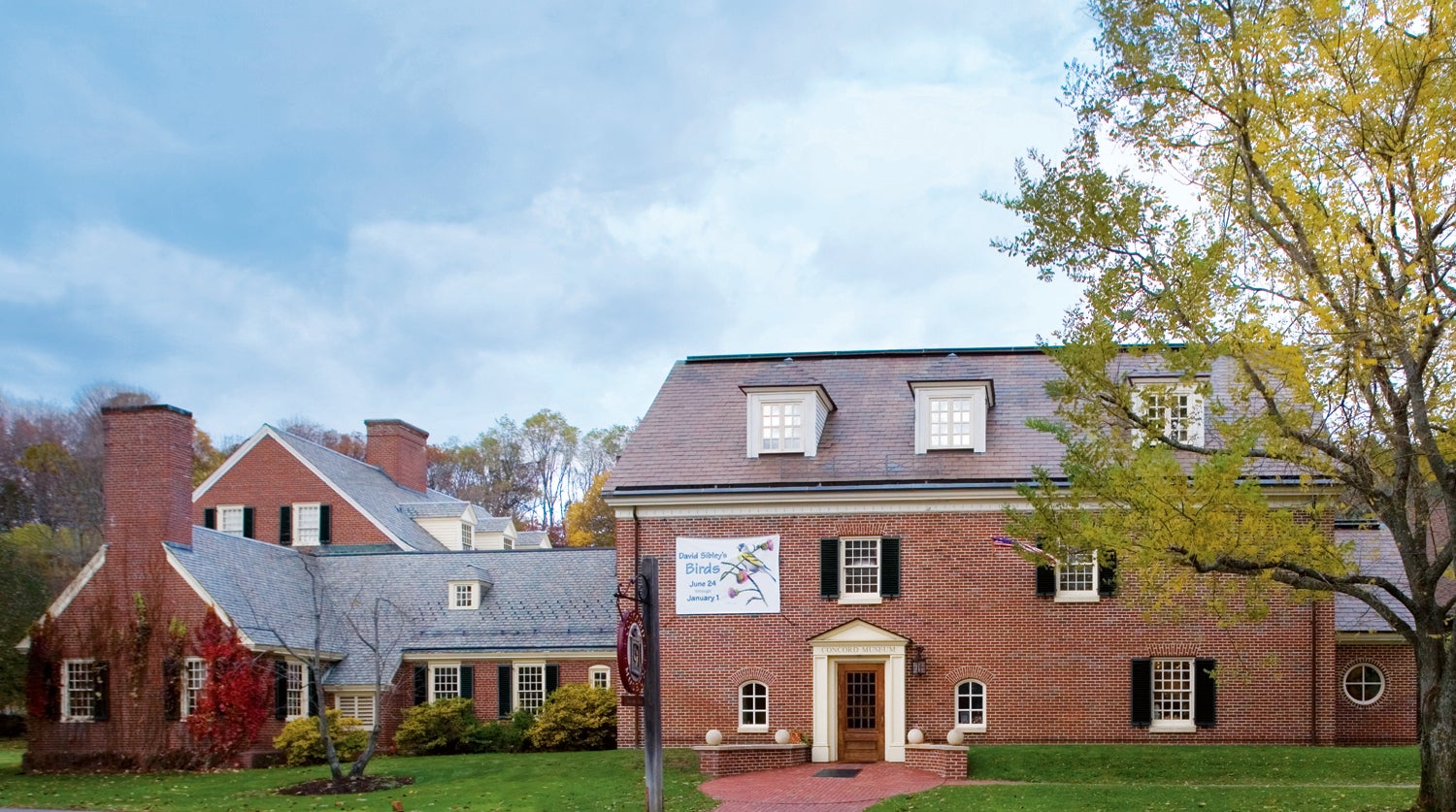 “The Concord Museum has more Revolutionary War objects than any museum in the country,” Thistle said, with one very popular item being Paul Revere’s lantern. Catch a new Thoreau exhibit between Sept. 29 and Jan. 21. It will celebrate the bicentennial of his birth, and it’s “the most comprehensive exhibit ever created about Thoreau,” according to Thistle. (200 Lexington Road)

The author penned and set her classic novel in 1868 at Orchard House, a National Historic Landmark. About 80 percent of the home’s furnishings have remained in place from that time period. (399 Lexington Road)

Look for poetry at the Old Manse
Emerson and Hawthorne each lived at this house, built in 1770, and a National Historic Landmark. Look for love-themed poetry between Hawthorne and his wife etched in the window panes. (269 Monument St.)

Tour the Wayside, where three famous literary figures once lived

Dating back to the early 1700s, it’s also known as “Home of Authors” because three famous literary figures — Alcott, Hawthorne, and Margaret Sidney — each lived in it at different times throughout the 19th century. The structure, owned by Minute Man National Historical Park, is a National Historic Landmark. (455 Lexington Road)

The bookshop has been selling books for 77 years, and also hosts free author visits and signings. “Every single one of our events is free,” said assistant manager Sarah Berman. “All we do is we ask people to buy the books here if they’re going to get them signed. We have a mix of local authors and authors on tour.” (65 Main St.) 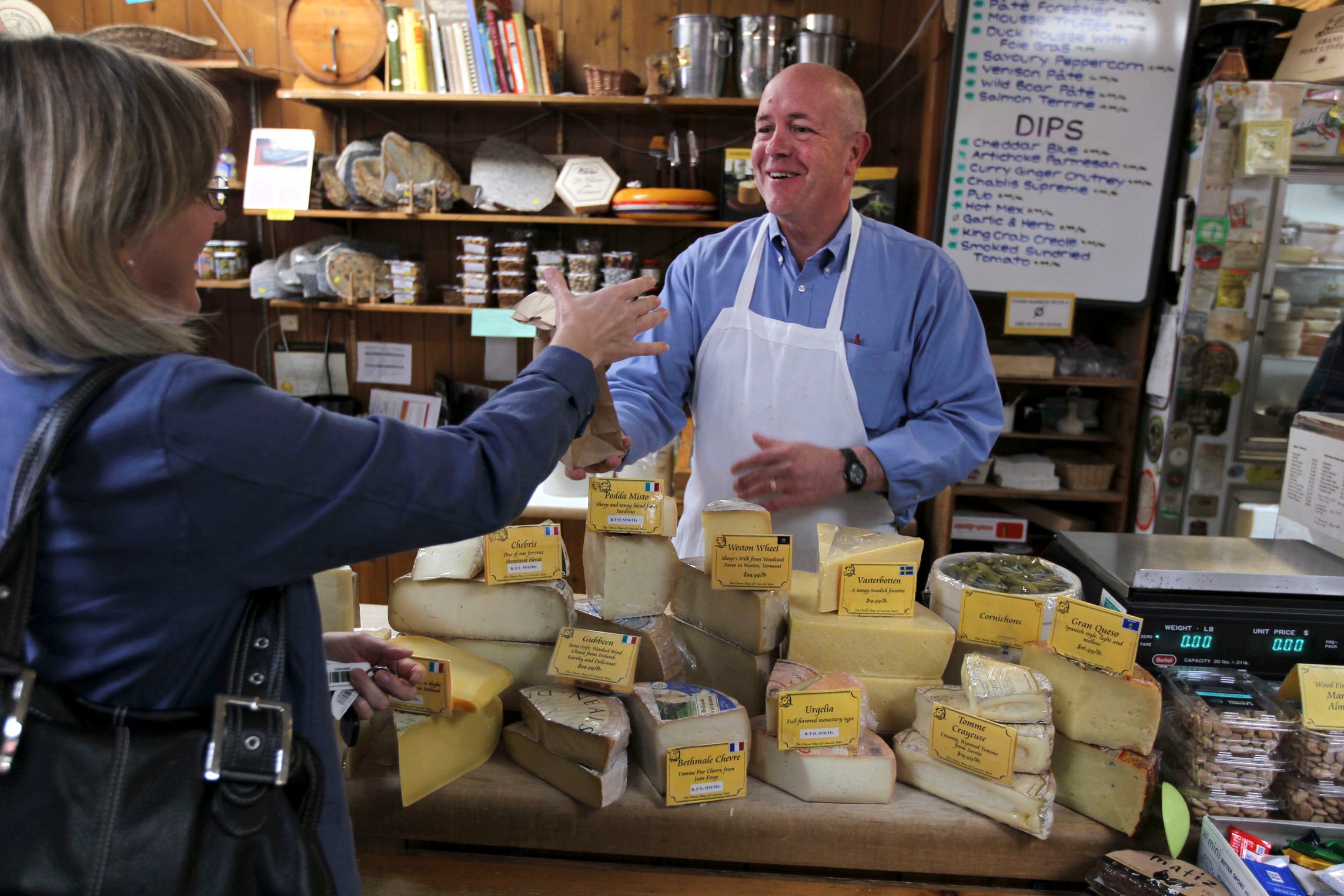 Peter Lovis, owner of the Concord Cheese Shop, gave a customer a sample in 2012.

Make your way to this shop for sandwiches, soups, salads, wine, sweets, and, of course, plenty of cheese. It has between 150 and 200 types of cheese on hand at all times, and 90 percent are available for sampling, according to owner Peter Lovis. “Who doesn’t like free cheese?” said Lovis, who calls his shop “very old school, very old world.” (29 Walden St.)

Search the aisles at the West Concord 5 & 10

You’ll find everything from glassware to stationery at this store, which has been serving Concord customers since 1934, and has been open at its current location for more than 50 years. According to Frommer’s, a stop here while you’re in town is “worth a side trip.” (106 Commonwealth Ave.)

This candy shop sells handmade chocolate, truffles, fudge, and the popular “French roll,” created by founder Charlie Stephano in 1936 at the shop’s first location in Gardner. The rolls are made of a soft ganache-like chocolate center, then dipped in milk chocolate and rolled in roasted cashew pieces. (19 Walden St.) 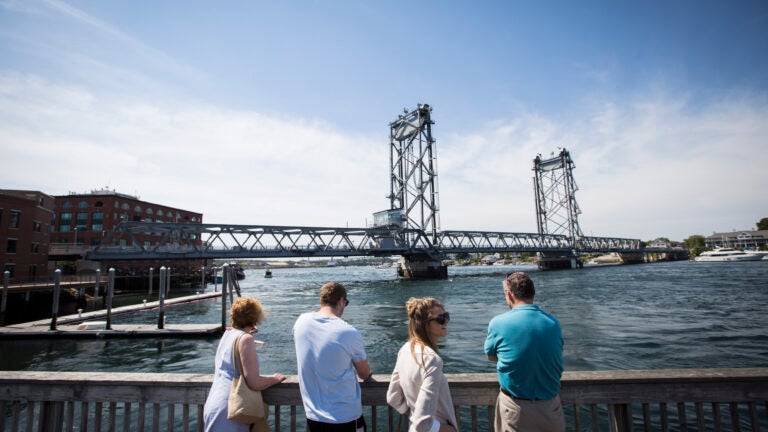 20 things to do in Portsmouth, New Hampshire, for under $20