DERRY, Northern Ireland — When it comes to Halloween, this ancient monastic city rules. It must have been written in the stars. Long known as the “City of Bones’’ for the seated skeleton on its coat of arms, Derry began celebrating Halloween in a big way in 1986. Like a swelling mob beneath Frankenstein’s castle, the civic activities have only grown larger over three decades. Last year, about 75,000 spectators descended on Derry for its four-day party, making it the largest Halloween celebration in Ireland and Great Britain and one of the largest in Europe. The Irish flair for music, dance, and drama plays out in a triumph of spirit and wit over primal fears of the dark, the afterworld, and the unknown.

The festival was already into its second day when we arrived last year, taking a direct bus from Dublin airport. In desperate need of a jolt of caffeine, we made our first stop a coffee shop. The barista gave our jeans-and-jacket garb a quick and disapproving once-over. “Derry is not the same unless you dress up,’’ he admonished. Fortunately, some of Derry’s empty storefronts had become pop-up costume shops for creatively challenged people like us.

With two days to go before the climactic night, Saturday was clearly family day. Parents and kids stocked up on candy at Poundland and checked out the costumes for sale. The kids seemed to be well-settled on their Halloween characters, often opting to portray baby zombies, banshees, or fairy goblins. The adults were the ones struggling with an identity crisis. Scary clown or zombie priest? Zombie penguin or sexy cowgirl? White coats dribbled with “blood’’ made zombie National Health doctors almost too realistic and disturbing.

The only remaining fully walled city in Ireland, Derry looks the part for Halloween. The massive stone walls that girdle the city and the Gothic Revival Guildhall just below the ramparts could be a set from a 1960s Hammer Film Productions horror flick. Families were walking about in full ghoulish makeup that would have made George Romero (“Night of the Living Dead’’) proud. We had stumbled into a Renaissance Faire crossed with a nightmare — in the best possible sense, of course.

We followed the throngs to the plaza in front of the Guildhall, where the Haunted Harvest Market was in high gear. We found vendors selling jewelry for every imaginable piercing, face painters who were creating the sunken eyes and random gashes to fit any type of undead character, and the street food vendors of “Hell’s Kitchen.’’ Band after band provided a soundtrack that ranged from traditional Irish music to Irish country to heavy metal rock.

In fact, the tongue-in-cheek back story of the performance group Saurus insists that a Derry heavy metal band literally woke the dead from a millennia-long slumber. Dinosaur skeletons rose from beneath the banks of the River Foyle to feed on humans in Guildhall Square. The stilt-walking street puppets stalked and bobbed through the crowds with a satisfying menace.

The Victorian-era brick hall and the old stone buildings of the central city are usually fodder for historic walking tours. But the venerable architecture assumes a new role for Halloween. As Guildhall Square becomes Halloween central, the building hosts magic shows and other child-friendly entertainment. Recitals of spooky music are played on its massive pipe organ from 1914. The mayor even hosts a Spooky Hallowe’en Tea Dance. Just inside the gate to the 17th-century stone walls, the Tower Museum presents ghost tours for families. Located in a reconstructed fortification tower, the museum normally relates the history of the city from the monastery established by St. Colmcille in 546 in an oak grove. (The Irish name of the city, Doire, means oak grove. )

By all accounts, Colmcille was a big man with a great voice that could be heard from hilltop to hilltop. He might have found Derry’s Halloween too pagan, but he probably would have embraced its boisterous celebration. After all, Derry folk come by Halloween as part of their Celtic heritage. The ancient Celtic festival of Samhain was traditionally celebrated at the end of October — halfway between the fall equinox and the winter solstice — as a period when the boundaries between light and dark (and the living and the dead) grew thin.

The festival wouldn’t be the same without the city walls. As night fell on the evenings leading up to Oct. 31, revelers swarmed the cobblestone road and narrow sidewalks on the high stone ramparts for “Awakening the Walls.’’ It was hard to guess what spectacle would appear around each corner or on the streets and sidewalks below on the roughly 1-mile circumference. Acrobats, actors, and mimes staged impromptu shows. Flames from bonfires set in gigantic braziers rose into the night.

As we circled back to Guildhall Square, we looked down on the Spark! Street Theatre troupe. Dressed in illuminated and sequin-spangled costumes and wearing whiteface makeup, they were a drum corps for the apocalypse. Their double-time rat-a-tat-ta-tat-ta snare drum beat set the pace for their erratic, snaking march through the crowd as scenes from old horror movies flickered on the facade of the Guildhall.

On Halloween night, we joined the throngs along the River Foyle banks to take in the Out of This World in the City of Bones Street Carnival Parade. Everyone clapped and laughed as the master of ceremonies announced, “It’s not nice. It’s not pretty. It’s Halloween in Derry City.’’ The Saurus dinosaurs strutted across a line of fire in the street and the parade began. Modern pop culture (a Ghostbusters hearse) and Irish folklore joined hands as Druids and war gods marched down the Strand Road and up Queens Quay. We’ve seen some pretty scary parades over the years, but nothing like stilt-walking Grim Reapers, a marching band of zombie bagpipers in full skirl, or the helter-skelter throng of hundreds of step-dancing banshees.

There was really no way to top the parade’s sense of excess, but the fireworks finale over the River Foyle made a valiant try. We found a spot by the iconic Peace Bridge and watched as the pyrotechnics rained down over the river. This being Ireland, a gentle mist also began to fall. At the end, everyone’s spooktacular makeup was running down their faces in rivulets, but no one seemed to mind.

The 2017 Halloween celebration is scheduled for Oct. 28-31. For details, see www.derryhalloween.com. Most outdoor events are free. We stayed at the well-located Bishop’s Gate Hotel (bishopsgatehotelderry.com), where remaining rooms this year around Halloween start at $190. For other lodging options, see www.visit derry.com. 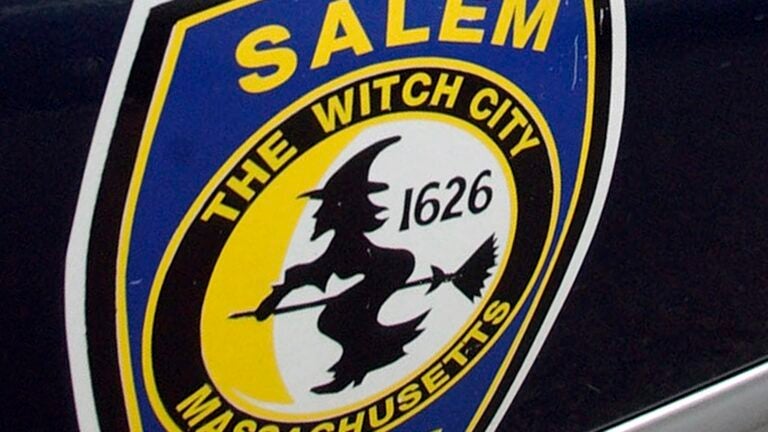