A trip to the city of Woonsocket, in Rhode Island’s Blackstone Valley, an hour’s drive from Boston and a half hour from Providence, is a step back in time. The city has several attractions honoring Woonsocket’s past as a thriving mill city that was also home to a huge immigrant community. Mostly, they were French-Canadians who left the farms of Quebec to labor in textile factories. At one time, French-Canadians accounted for 70 percent of Woonsocket’s population.

An introduction to the city’s past and present begins with a visit to the Museum of Work and Culture (42 South Main St., www.rihs.org). Part of the Rhode Island Historical Society, the museum offers nine immersive exhibits that pay tribute to Woonsocket’s past as a textile hub that played a vital role in the nascent labor union movement. It’s a great example of a former industrial city turning its gritty past into fascinating and important interactive history for contemporary visitors.

The Museum of Work and Culture doesn’t sugar coat the often brutal existence endured by the immigrants who flocked to Woonsocket and other Eastern mill towns. The exhibits present the working conditions and economic context with detailed accuracy. Multimedia exhibits combine the oral histories of residents with films and artifacts (accompanying wall text is in English and French). On the first floor, visitors begin in Canada with a replica of a Quebec farmhouse circa 1800, with audio describing the tough conditions that drove many families to seek employment in industrial cities. By the 1920s, Woonsocket’s population more than doubled with the influx of workers seeking employment in the city’s many textile mills. “A Textile Mill Shop’’ is a remarkable display that depicts life-size figures at spinning looms as the voices of former mill workers describe the often treacherous working conditions — the deafening noise, the dust, the rats that routinely got caught in the machinery and the blood that had to be cleaned up — as workers toiled on their feet 12 hours a day, six days a week with no breaks.

On the second floor, a film and several exhibits document the formation of Woonsocket’s Independent Textile Union in 1931, which culminated in a citywide labor strike in 1934 when women and men shut down all but one of the city’s mills in a massive protest of exploitative conditions and for the right to bargain collectively.

Other exhibits focus on the cultural life in the city: Woonsocket’s many churches; a full-scale replica of a Catholic school classroom; a typical triple-decker circa 1895-1925 that housed working families; a display on the professional baseball players that Woonsocket produced (mills often fielded their own teams), from Philadelphia Athletics legend Nap Lajoie to Clem Labine of the Brooklyn Dodgers 1955 World Series champs. The brand-new “Woonsocket Works’’ exhibit features multi-touch and multi-user technology to trace how the explosive growth of mill production transformed the people and landscape of Woonsocket.

The city’s churches and parochial schools were an important link to home and to hope, so any visit to Woonsocket must include St. Ann Arts and Cultural Center (84 Cumberland St.; [email protected]) which boasts the largest collection of frescos in North America. It is an example of how the city was able to preserve a vital part of its cultural fabric. The Diocese of Providence in 2000 planned to close St. Ann Church because of a dwindling number of parishioners. The community mobilized and turned the church into a nonprofit cultural center that hosts private events, weddings, and funerals. The all-volunteer staff offers public tours on Sundays (or for groups by special request) until Jan. 1 when the building closes until mid-April. Unlike many old churches that now use recordings, the center still rings the bells in its towers during funerals.

The vibrant frescos that adorn the church’s walls, vaults, and domed ceiling are truly a majestic site. The building, designed by Woonsocket resident and prominent architect Walter Fontaine, was built in 1914 for Woonsocket’s French-Canadian Catholics with the first Mass held in 1918 for some 1,500 worshippers. The parish, in the late 1930s, commissioned Guido Nincheri, a Florence-trained painter, to create a Sistine Chapel-like interior for the church. Nincheri produced stained glass windows and frescoes for more than 100 churches in Canada and United States.

It was Nincheri’s idea to paint frescos depicting biblical themes for St. Ann’s and to add the personal touch of modeling the faces — some 475 — on members of the church’s parish. The more-than-40 two-tier stained glass windows, designed and produced by French artists, were installed in the 1920s.

A short distance away is the Woonsocket Depot (1 Depot Square ), rebuilt by the Providence and Worcester Railroad in 1882 (the original was built in 1847). Through Dec. 23, the Blackstone Valley Tourism Council runs its popular “The Polar Express,’’ a 90-minute train trip through the Blackstone Valley (or to the North Pole, that is). Inspired by Chris Van Allsburg’s Christmas classic (the author is a former Providence resident), this family-friendly attraction begins at the depot, where kids can pose for pictures with the train conductor, Santa and his elves, then board a real train where sing-alongs, cookies, and hot chocolate accompany a live reading of “The Polar Express.’’ It’s a unique experience for all ages. 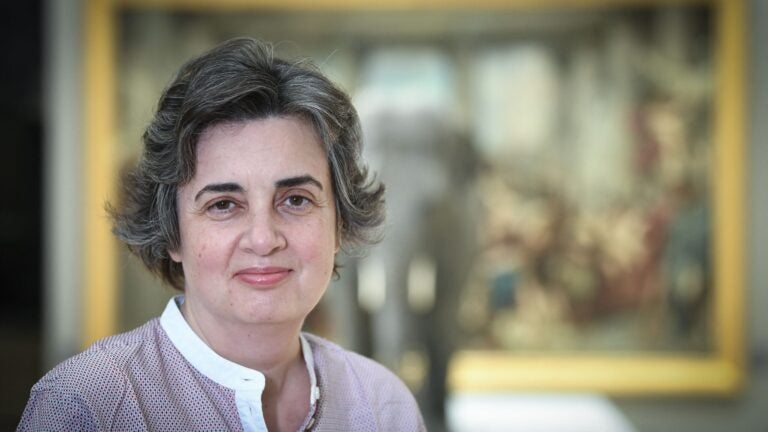 Louvre gets first female leader in its history