Families all over New England are planning their warm-weather winter getaways, which often means a trip to Florida. But you might consider an escape to the other sunshine state: California. My wife, daughter, and I have gone twice in the past three years, and on each trip got our fill of sunshine, palm trees, beaches, and theme parks — not to mention world-class vineyards, buzzworthy restaurants, and natural wonders. (As an added benefit, there aren’t any alligators or Burmese pythons running amok.)

Last year, we began our trip visiting a cousin in the Bay Area, renting a house on Airbnb just down the street from her home in Berkeley. It was sunny and low 70s most days, so coming from mid-February Boston, we walked around every chance we got: to coffee shops, grocery stores, playgrounds, restaurants, you name it. You can’t walk five blocks in Berkeley without passing a playground, so we spent many a relaxing morning on a coffee-shop-and-playground crawl with our 3-year-old.

If you drive up — and up, and up — into the Berkeley Hills, and you’ll find Tilden Park, with miles of scenic hiking trails, an antique carousel, and a miniature steam train ride that winds through the woods and offers a gorgeous glimpse of San Francisco Bay and the city skyline. The train ride costs $3, and for a time, it was the highlight of our young daughter’s life.

Back down in Berkeley, we kept trying to stop in for the daily live music and raved-about pizza at the Cheeseboard Collective on Shattuck Avenue. But the line — as with so many it spots in the Bay Area — was always more than we could bear. Instead, we got a pair of their “light bake’’ pizzas to take home and finish off in our own oven — and they were totally worth the hype.

But to be honest, all I want to eat in California is Mexican food, all the time. It’s almost impossible to find a bad burrito there, even at a gas station, and the good stuff tops anything I’ve had back home. In Berkeley, Taqueria Talavera on Solano Avenue and La Mission on University Avenue were two of our casual but charm-drenched favorites.

While we could have happily hung around Berkeley forever, there were great day trips worth making in all directions, beginning with San Francisco itself. We gave ourselves a couple of days to see the city, including the old counter-cultural stomping grounds of Janis Joplin and the Grateful Dead in Haight-Ashbury, the famous sea lions at Pier 39, and gorgeous Golden Gate Park. There, inspired by a story in one of our daughter’s kid magazines about “the jungle in San Francisco,’’ we visited the Conservatory of Flowers, a serene escape into nature.

But when it comes to natural wonder, that was just the beginning. Passing over the Golden Gate Bridge to the north, we visited Point Reyes National Seashore, where we parked and walked to the vast, pristine Limantour Beach. Point Reyes is windy and often smothered in fog, but it’s perfect for walking and strikingly beautiful; just beware the powerful riptide.

On our first trip, we drove south down the coastal highway — another movie moment, or at least a clip from a car commercial — and stayed inside Big Sur State Park at the Big Sur Lodge. Much to my daughter’s delight, we spotted a family of deer each morning; I was happy to discover that the lodge restaurant was surprisingly excellent. The true highlight, though, was Pfeiffer Beach, whose rocky coast was one of the most dramatic, beautiful landscapes I’ve ever seen.

On our way back to San Francisco, we stopped at the Monterey Bay Aquarium, which lived up to its billing as one of TripAdvisor’s best aquariums in the world. My wife actually teared up as she entered a room where a massive school of fish swam in majestic, glimmering circles. The aquarium sits right on the bay and extends into the ocean — in fact, many of the tanks intake actual seawater — and you can sometimes spot otters or other sea life while strolling the outdoor ocean decks. The nearby Cannery Row Brewing Company, meanwhile, served up a tasty lunch paired with craft beer and outdoor fire pits.

Speaking of small-batch booze: Some of the finest wines in the world are made just an hour north of San Francisco, of course, in the Napa and Sonoma valleys. We spent an afternoon meandering around Sonoma, taking turns tasting at vineyards like Chateau St. Jean while one of us watched our daughter amuse herself running through rows of grapes. Sonoma’s charming, stroll-inducing town plaza, a former Mexican military outpost, evokes an old Western film bitten by the gentrification bug. We enjoyed an al fresco lunch at the Sunflower Caffe, which offers a brunchy menu and a breezy ambience.

But I promised you beaches. On the second leg of our trip, we stayed with family in Oceanside, about 40 minutes north of San Diego (fans of the TV series “Veronica Mars’’ will recognize it as the inspiration for Neptune). The stretch in between is home to a handful of TripAdvisor’s best beaches in America, including La Jolla, Carlsbad, and Coronado, but we were plenty pleased with Oceanside’s sandy swath. It was a bit breezy to swim, but we played in the sand and strolled along the boardwalk, past the lovers and fishermen, to get milkshakes at Ruby’s Diner, perched over the ocean at the very end of the pier.

We were only an hour south of Disneyland, and the next time out we’ll probably bite the bullet and kiss Mickey’s ring.

Instead we hit up LegoLand in neighboring Carlsbad. Geared toward kids ages 2-12, it skews younger than a lot of amusement parks, and our 3-year-old was in heaven: She even got to drive a mini go-kart all by herself. What’s more, the heat wasn’t oppressive, the food was good and easy to find, and most of the lines were quick. Some of the water park rides were closed in February, but Splash Battle — a pirate boat ride where you spray water cannons at other riders and unsuspecting bystanders — certainly left us soaked and smiling. And of course, my inner master builder delighted at the intricate Lego-brick replicas of New Orleans, Washington, and other cities.

Before heading home, we spent a day in San Diego. We walked the waterfront and checked out the USS Midway, a military museum aboard a docked aircraft carrier, then struggled to choose just one lunch spot among the blocks of restaurants and bars in the historic Gaslamp Quarter. In Little Italy, we sampled a few more craft drafts in the Ballast Point Brewery Tasting Room and Kitchen — where the bartender, seeing my Red Sox hat, cheerfully revealed that he’d grown up outside of Boston and had just moved west the previous year.

I admitted that I couldn’t blame him; it’s simply beautiful out there. In the midst of winter, we walked around city sidewalks and sandy beaches like it was June in New England. We saw stunning natural scenery and tasted food straight out of a culinary magazine. And I never once saw an alligator. 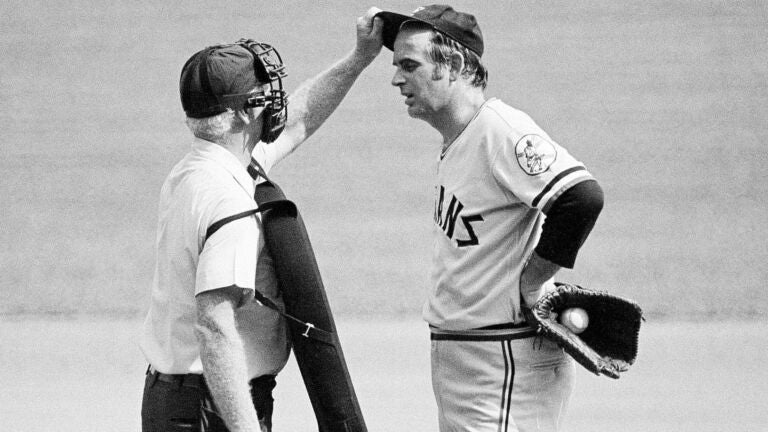