The vacation you’ve been planning for weeks is finally here. You step off the plane, and the first thing you want to do is . . . sleep?

When you book a trip, long flights and jet lag are often a package deal. Here’s hoping that the hotel’s beds are comfortable. Exhaustion, nausea, headaches, and insomnia associated with jet lag are felt by about 93 percent of travelers at some point, according to the American Sleep Association.

Many travelers will ease into a new sleep schedule in the days before a trip, or resort to supplements such as melatonin. But Charles Krebs contends that he has found a way to help curb jet lag symptoms naturally — with acupressure.

Traveling to teach neurology was taking a toll on Krebs, who got his PhD in biology and physiology from Boston University. So he came up with a solution and used it on himself for years. In 2016 he teamed up with CEO and cofounder Ted Finn to create the company Uplift Ventures LLC to share the technique with others.

Krebs’s method is carried out by simultaneously pressing two pressure points on the left side of the body for one minute, then repeating on the right. In January 2018, Uplift launched a mobile app to teach others how to perform the acupressure on themselves.

The app includes instructional videos and a timer. After inputting your travel itinerary, the app uses an algorithm to calculate two pressure points to use once you land. There are more than 120 combinations using 12 points on each side of the body.

Jet lag occurs when your body’s natural circadian rhythm is out of sync with the time of day, which happens when you cross time zones. According to Krebs, holding the two pressure points at the same time resets the internal body clock, easing the effects of jet lag.

Acupressure is derived from traditional Chinese medicine and is based on the belief that there are meridians, or energy channels, that run throughout the body. Acupressure is all about balancing energy.

In total, Krebs’s procedure takes about 7 to 10 minutes. For first-timers, the app suggests trying the technique in a comfortable environment, such as a hotel. Krebs and Finn, two seasoned travelers who are experienced with the technique, conduct the acupressure as soon as the plane hits the tarmac, while they are still in their seats.

“Charles and I have developed a friendship,’’ Finn said. “He shared the solution with me, and after traveling 40 years without it, I’m like, ‘Wow, this is really something.’ I used it on a number of trips to Europe. It was amazing.’’

The points used in Uplift are all located in the wrist and lower arm, or between the arch of the foot and your lower calf. Krebs and Finn joke that finding the points is easier than playing the game Twister.

“We really wanted it to work for people,’’ Krebs said, who hopes Uplift will help travelers reduce their transition time after traveling long distances. A lot of quality time can be lost to jet lag, he and Finn said.

Similarly, Diane Iuliano, a professor at the Massachusetts College of Pharmacy and Health Sciences’ New England School of Acupuncture, turns to acupuncture when she flies. She said it’s an effective way to ward off her symptoms of jet lag.

Iuliano has made 24 trips to Japan, where she teaches and studies acupuncture. She and fellow colleagues will perform acupuncture on themselves before the plane takes off.

“When a group of us go to Japan, and we sit on the plane, it looks like we are studying each other’s ears,’’ she said.

What they are really doing is placing press balls and press tacks on acupuncture points in the ear. Iuliano leaves the tacks in for the duration of her trip. Certain acupuncture techniques can also be performed in the days leading up to the trip, to prepare for the time change, she said.

Rick Harris, associate professor in the Department of Anesthesiology at the University of Michigan, has studied the effectiveness of acupressure as a remedy for fatigue in cancer survivors. He thinks it is possible that acupressure could help with jet lag, too.

“Acupressure, specifically at points that make you more alert, would probably help with tiredness [and symptoms of] jet lag,’’ he said.

There are, of course, skeptics of acupressure. Krebs and Finn said they tested Uplift on 500 travelers, resulting in a 92 percent success rate. They did admit, though, that the trial was conducted on mostly volunteers — friends, business people, and others who sought out Krebs’s work or bought the app during its trial period.

For the skeptics, other proven measures against jet lag include adjusting your sleep schedule during the days before a trip, exposing yourself to sunlight once you land to regulate your body clock, and avoiding alcohol and caffeine before bedtime, according to the National Sleep Foundation.

The American Academy of Sleep Medicine also recommends taking melatonin. A survey by the National Center for Complementary and Integrative Health found that 3.1 million adults used melatonin in 2012 for sleep problems, including jet lag.

The Uplift app is available on the Apple Store and Google Play for $9.99 a year. According to Finn, the app currently has around 300 users. 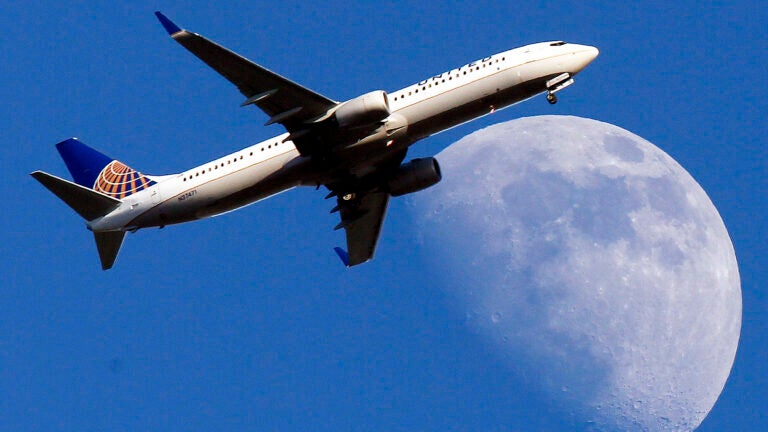