Whether you’re after rocky shores or sandy beaches, Massachusetts’s abundant coastline has something for everyone. The Bay State has more than 1,800 coastal sites open to the public that are owned by government agencies or nonprofits.

To help you decide where to go this season, we’ve broken down the state’s saltwater beaches by six regions, from the North Shore to the Islands.

Read on for information on the coast, climate, wildlife, notable points of interest, and more. 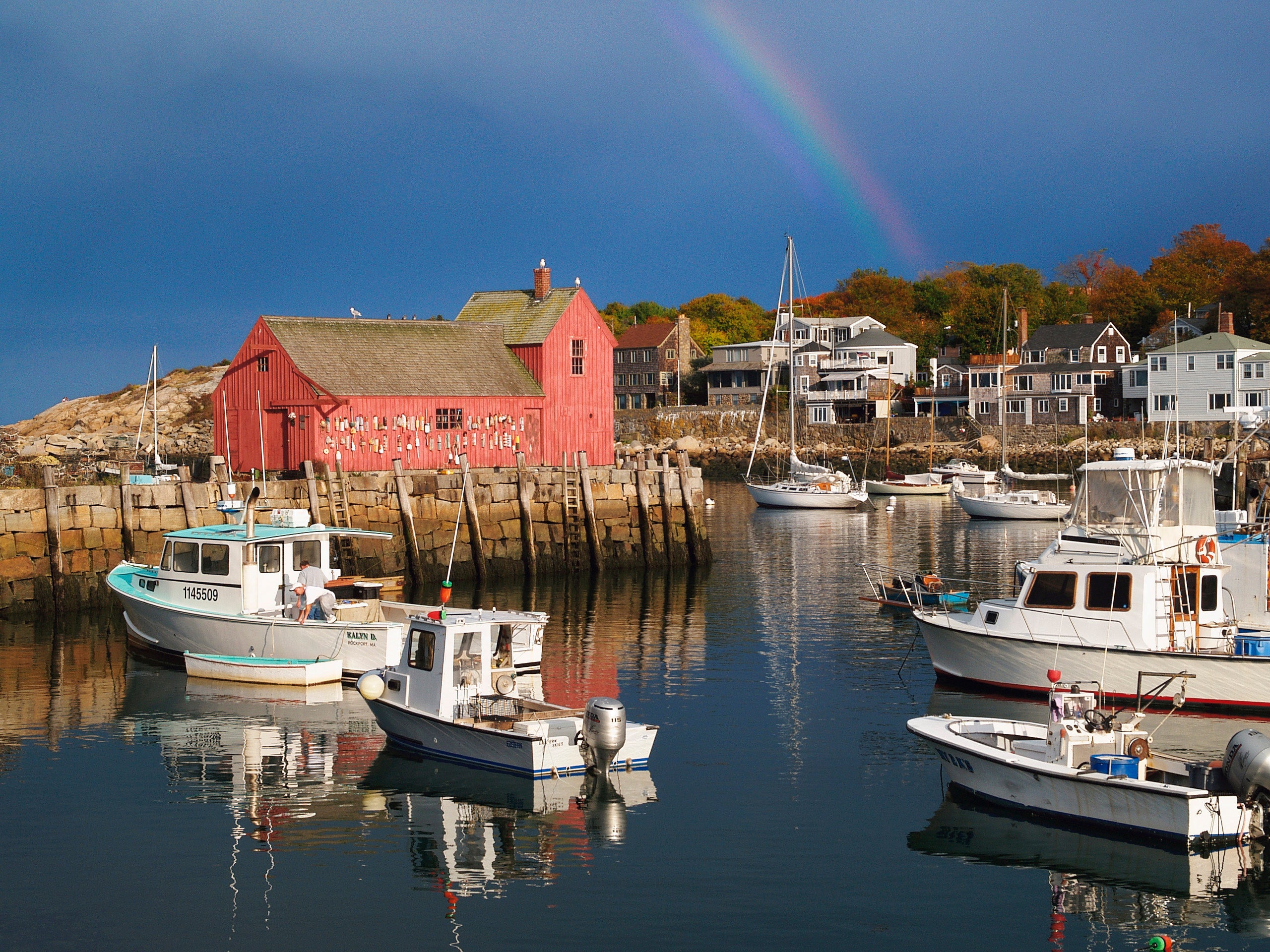 Motif No. 1 Day in Rockport.

The coast and climate: The North Shore has a wide variety of landscapes. You’ll find sandy beaches like Good Harbor in Gloucester or Singing Beach in Manchester-by-the-Sea, and craggy, rocky coastline around Castle Rock in Marblehead. The area is prone to fog, but it generally boasts the most comfortable, least sticky temperatures during the peak of the summer. The area’s marshes are great spots for bird watching, too.

The water: The water temperature tends to warm up last here; it reaches the lower 70s by the middle or end of August. The sea breeze can knock temperatures back 20 or 30 degrees in no time.

Notable points of interest: Visitors can take a step back in time with a stop at Gloucester’s Hammond Castle Museum, which was constructed in the 1920s in the architectural style of a medieval castle. Or take a break from the beach and snap the perfect Instagram photo near Rockport’s Motif No. 1 after a stroll through the shops on picturesque Bearskin Neck.

Wildlife: Marion Larson, chief of information and education for MassWildlife, says if you head to the North Shore, you’ll have an “excellent, excellent chance” of seeing bald eagles, which nest by the Merrimack River.

“Seals can be seen on the coast as well as beach areas that face the Merrimack River,” she said.

Beachgoers can practice their birding and get up close with nature in a canoe or kayak at the Parker River National Wildlife Refuge in Newburyport.

Key travel info: The MBTA’s Commuter Rail runs north to Newburyport and Rockport. The Cape Ann Transportation Authority can help you get around Gloucester and Rockport, while the Merrimack Valley Regional Transit Authority runs a summer service to beaches in Salisbury as well as Hampton, N.H. 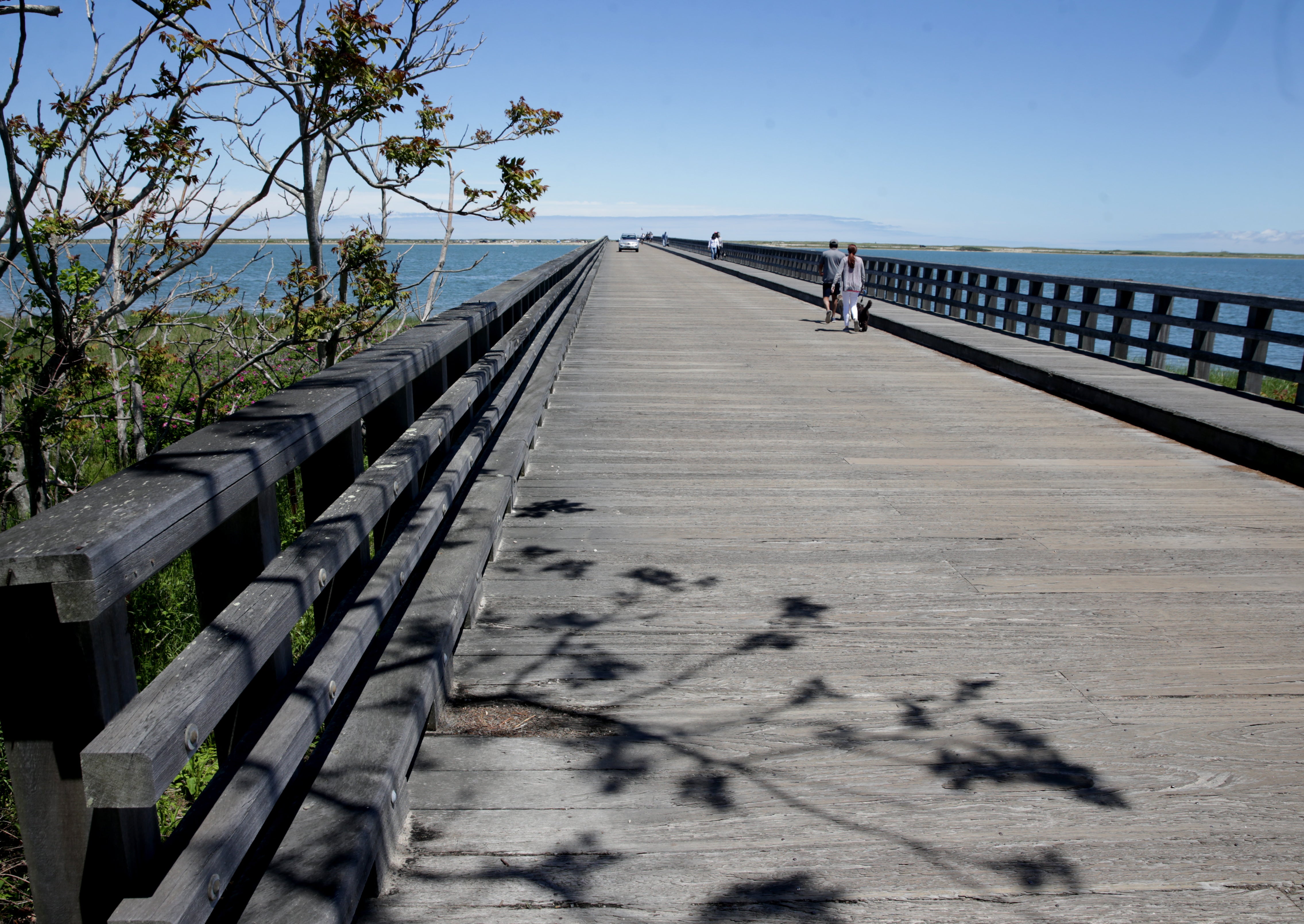 The coast and climate: The South Shore features sandy and rocky beaches. At Ellisville Harbor State Park in Plymouth, a wooded trail leads to a rocky coast. Contrast this with Duxbury Beach, which is sandy. A southeast or southerly wind can cool off these areas in the afternoon, even when other east-facing beaches are still hot.

The water: Water temperatures usually start off the summer in the lower 60s, but they can warm by 10 degrees before Labor Day.

Notable points of interest: Take a hike with a spectacular skyline view at World’s End in Hingham, a 251-acre coastscape that features 4.5 miles of carriage and footpaths; head out over the iconic wooden Powder Point Bridge to Duxbury Beach, where with a permit you can drive out onto the beach; or soak up some history by stopping in to see Plymouth Rock and the Mayflower II museum in Plymouth.

Wildlife: Larson said to keep your eyes peeled for ospreys on the South Shore and for restrictions related to piping plover nesting areas at local beaches.

Key travel info: The MBTA Commuter Rail runs down to Plymouth, with stops in coastal towns along the way. If you want more of a sea breeze, hop aboard one of the MBTA ferries heading south to Hingham or Hull. 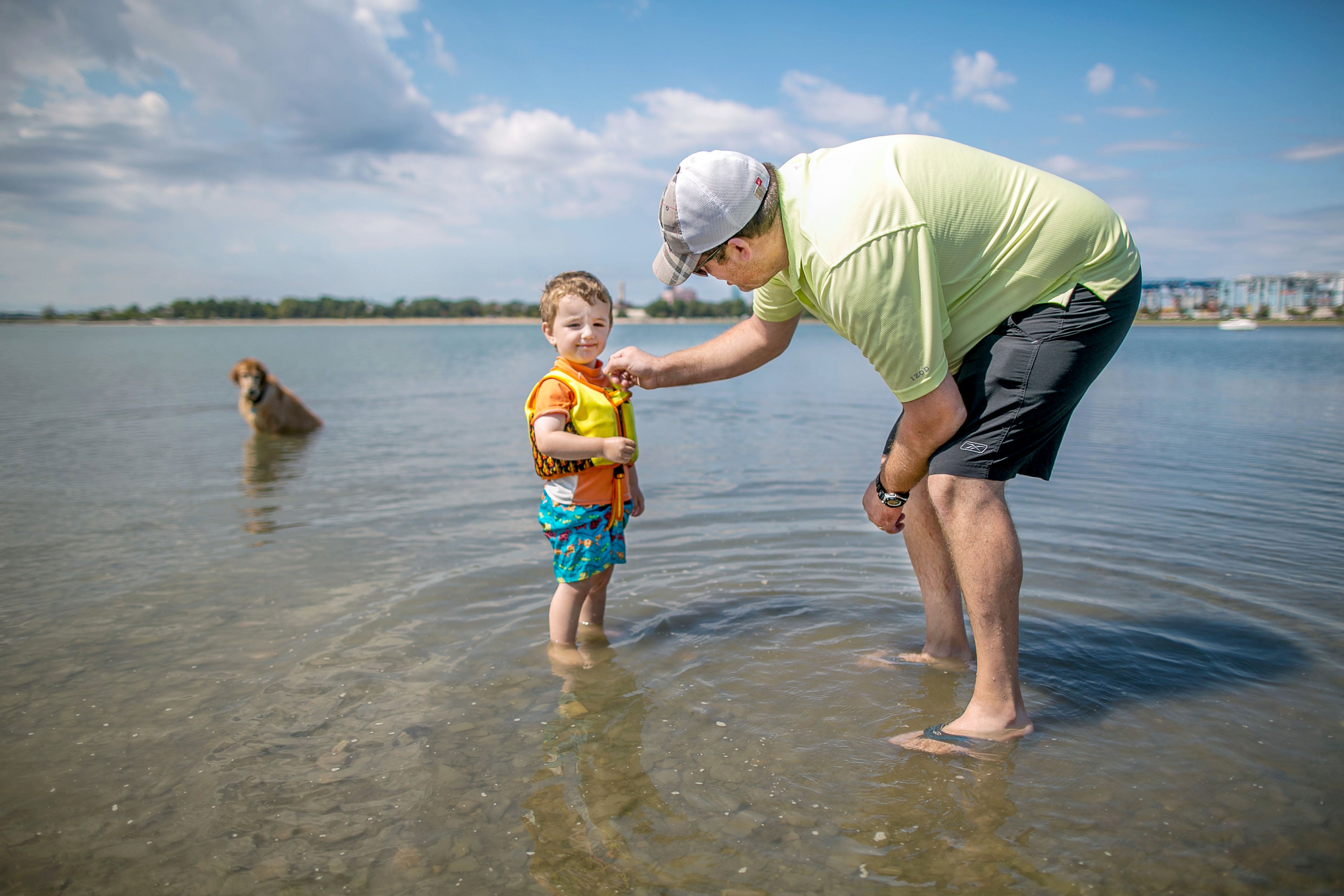 The coast and climate: You’ll find sandy beaches within striking distance of downtown, and many have great views of the skyline. Spectacle Island boasts the highest spot in Boston Harbor if you’re after a really good view.

The water: You won’t find many great waves here. The harbor keeps wave activity to a minimum, which means short boat or kayak trips are typically peaceful and serene.

Notable points of interest: Surround yourself with water by heading to Boston’s Harbor Islands, where you can swim, boat, and hike at the national and state park while taking in scenic views of the city. At Castle Island, take a tour of one of the oldest fortified military sites in British North America, and follow it up with a dip at South Boston’s Carson Beach along with lunch from the legendary Sullivan’s.

Wildlife: With peregrine falcons nesting in Boston and out near Deer Island, Larson said visitors to the area could get the chance to see the raptors if they’re visiting the Harbor Islands.

“Anybody who’s out on the islands or going out should be on the lookout for seals because they’re going to be very prevalent, and it’s easier to see them, say, when you’re on the ferry ride out to the island,” she said. “But I’m sure people are seeing them from Carson Beach and Wollaston … as well.”

Key travel info: Multiple beaches within city limits — or just outside the city — are accessible by public transportation. To reach the Harbor Islands, catch one of the ferries that leave from the city, Winthrop, Quincy, or Hingham. 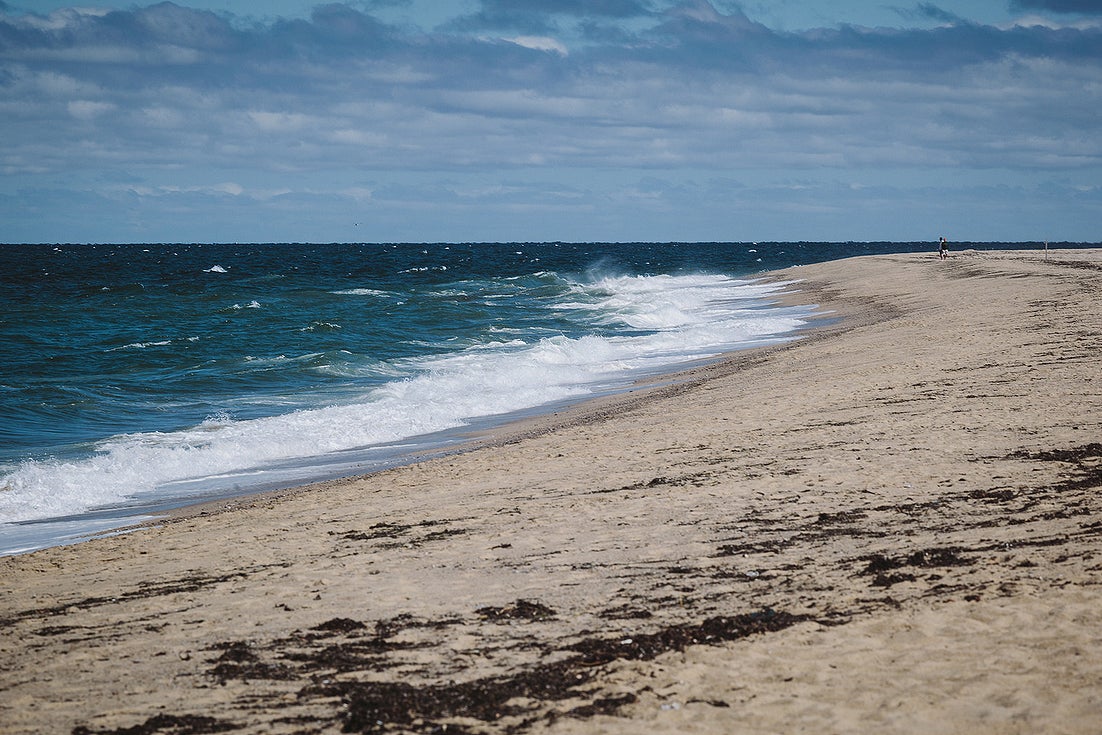 The coast and climate: The beaches tend to be sandy, but there are a lot of rocks on parts of the Cape Cod National Seashore. Dunes are a prominent feature of this part of the Cape, too. Stay on trails as the dunes are fragile (and, importantly, serve as a breeding ground for animals). The Cape’s outer tip has some of the coolest weather in this region. Fog can roll into Provincetown, Truro, or Wellfleet, while other parts of the outer Cape remain sunny and hot.

The water: Water temperatures vary depending on which side of the Cape you venture. The bay side tends to be warmer and less wavy, with east- and south-facing beaches often having higher surf. Temperatures on the northern tip facing east are generally the chilliest.

Notable points of interest: Observe the giant mammals of the ocean in their natural habitat on a Whale Watch out of Provincetown. Take in the Cape from 252 feet above the ground by climbing the Pilgrim Monument at the tip of the peninsula. Bike or walk through the acres protected within the National Seashore, or run into the ocean at one of the six swimming beaches in the park’s 40-mile stretch of pristine coast.

Wildlife: In addition to whales and seals, visitors should be mindful of other water dwellers: sharks. The ocean predators are most abundant in the waters off the Outer Cape, according to Greg Skomal, the senior fisheries scientist for the state Department of Fish and Game who leads the Massachusetts Shark Research Program.

“Beachgoers might look for them, but are not likely to actually see one because they largely keep to themselves,” he said.

Key travel info: High-speed catamarans run between Boston and Provincetown from May through early October. Once you’re on the Cape, buses and seasonal trolley and shuttle services with the Cape Cod Regional Transit Authority can help get you to your destination.

The Lower, Mid, and Upper Cape 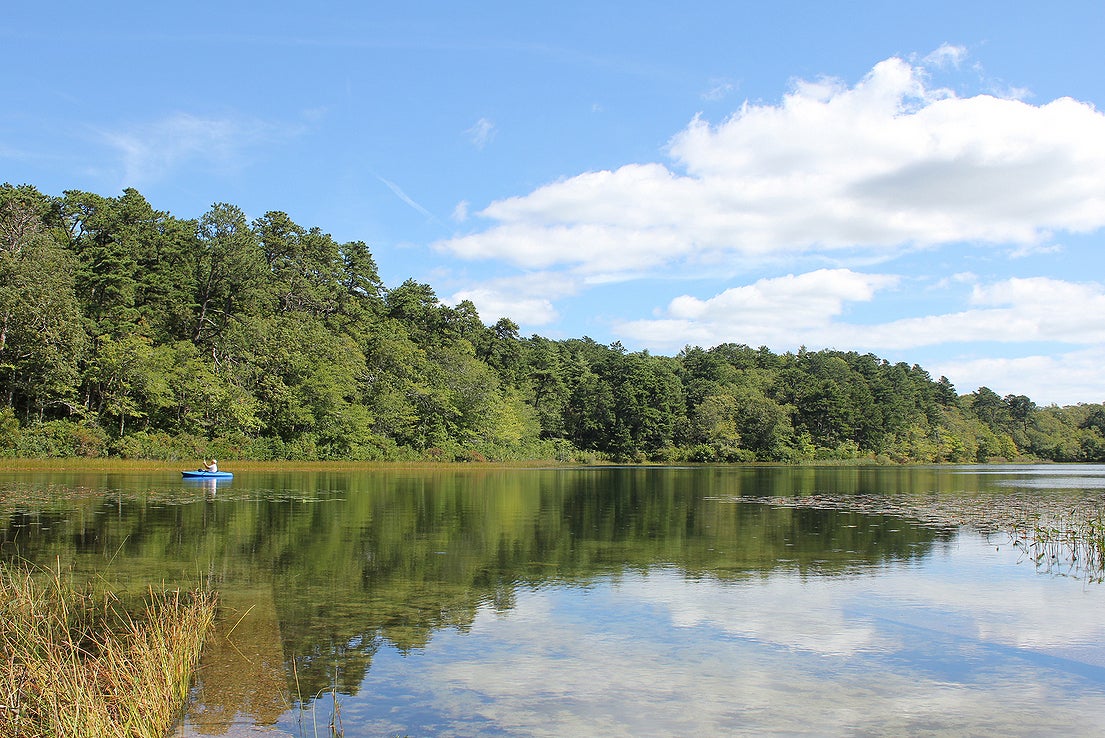 The coast and climate: On average, this part of the Cape is one of the coolest, driest areas in the summertime. It’s no wonder thousands flock here every summer.

The water: Buzzards Bay and the southern side of the Cape have tides that are nearly as small as Boston Harbor and the towns along the Cape Cod Bay. The tide could change 10 feet from low to high in Barnstable while only changing by a mere 3 feet in Hyannisport. This means you won’t need to move your blanket as much or walk as far to get to the water during tide cycles.

Notable points of interest: Camp near and swim in the iconic kettle ponds at Nickerson State Park, a 1,900-acre park filled with wooded trails in Brewster. Get a closer look at the animals that reside in the Northeast and Atlantic waters at the Woods Hole Aquarium, the oldest maritime aquarium in the country.

Key travel info: If you’re heading to the Cape without a car, there are few options for getting there. The CapeFlyer, a summer weekend passenger train, runs between South Station and Hyannis through the season. The Barnstable Municipal Airport also has daily flights between Boston, Providence, the islands, and New York City. 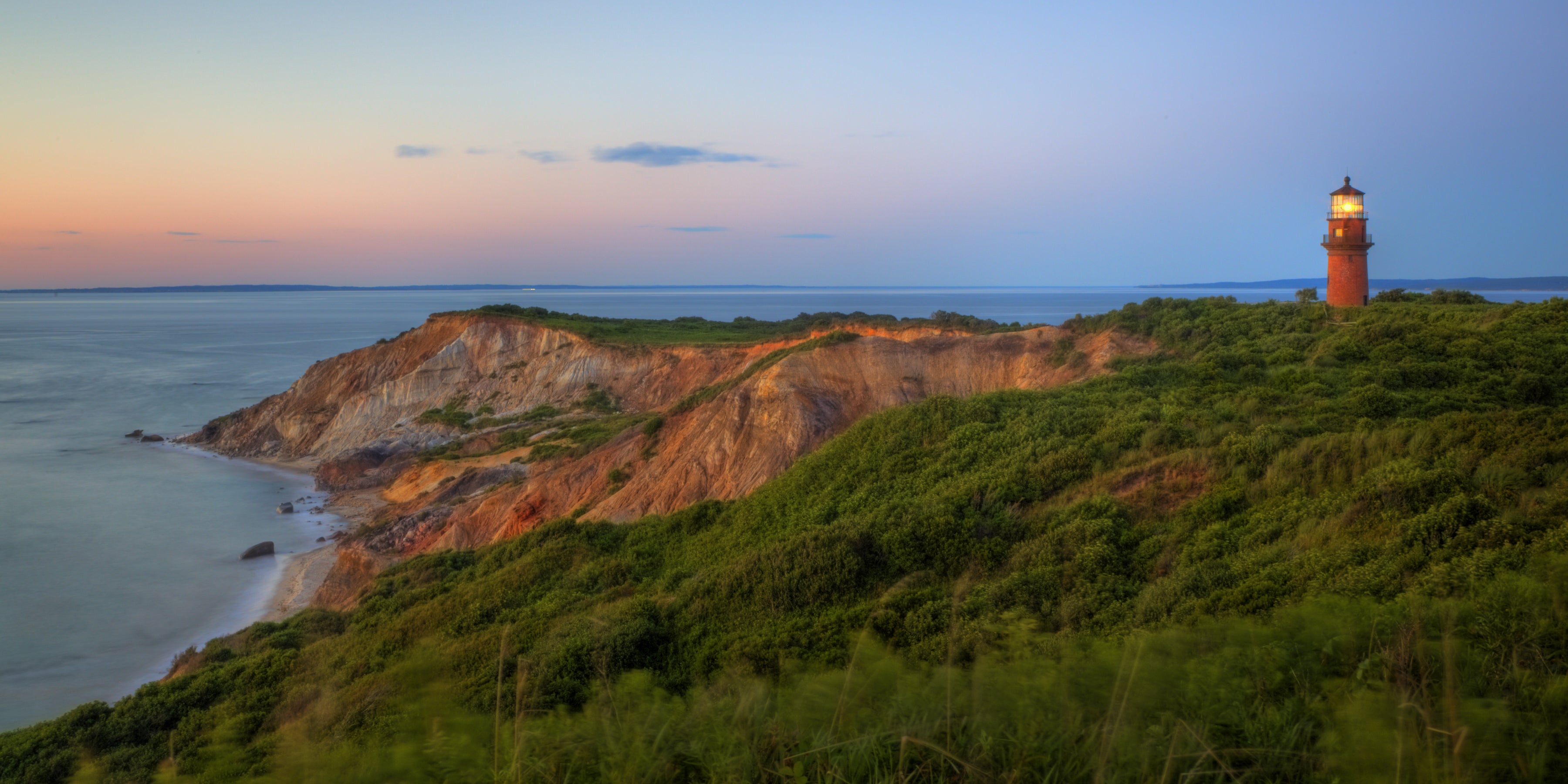 The coast and climate: The islands have a strong marine influence. Fog and low clouds can greet beachgoers while other areas are sunny. Ninety-degree days are uncommon, and many years that benchmark isn’t even reached.

The water: The waters around Martha’s Vineyard and Nantucket are influenced by the Gulf Stream rather than the Northern Current, which is found off Boston and the North Shore. The benefit? Warmer swimming temperatures start earlier and last later than many other areas in Massachusetts. Wave action can be quite dramatic on the islands, especially the southern side as a storm passes offshore.

Notable points of interest: Take in the cliffs and colors at the iconic Gay Head Lighthouse on Martha’s Vineyard during sunset. Stroll alongside the Instagrammable “gingerbread” cottages of Wesleyan Grove in Oak Bluffs. On Nantucket, when you’re not at the beach, soak up the island’s history at the Whaling Museum.

Wildlife: Larson said visitors have the opportunity to see birds that would typically be seen from a boat. She said you might also be able to spot whales if you take the ferry.

Key travel info: Both islands have their own airports, or you can pack your car or bike and take a ferry for your vacation. There’s no need to leave your pup at home — Nantucket is dog friendly, with hotels, restaurants, beaches, and businesses particularly welcoming to canines. 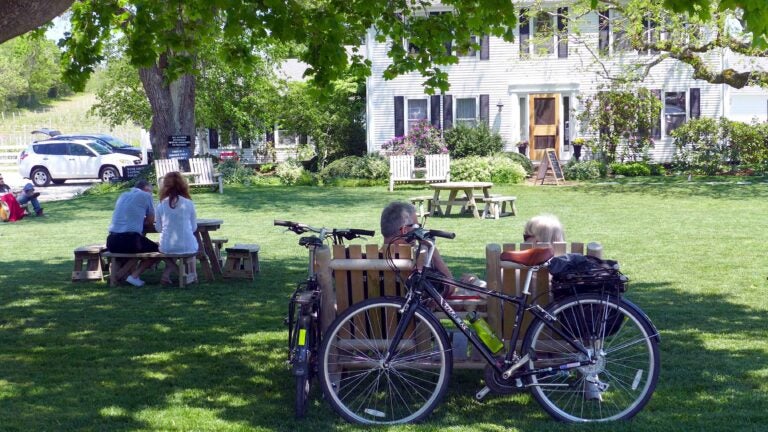 60 things to do on the Cape