WEST CHESTERFIELD, N.H. — Ascending the narrow road up Rattlesnake Hill in rural southwestern New Hampshire, the farmland below long given way to ever-denser woodland, a feeling of increasing remoteness takes hold. Most visitors who make the trek up this eastern slope of Wantastiquet Mountain are hikers of varying persuasions, but all who arrive here stop to ponder the namesake of Madame Sherri Forest and her infamous woodland castle.

“Madame Sherri Forest is very popular with our guests. She’s a real legend around here,’’ says Judy Hueber, owner of the nearby Chesterfield Inn.

“People say that she moved up here from New York and had very wild parties at her house,’’ she continues. “The story goes she’d drive into Brattleboro and walk down Main Street in a full-length fur coat with nothing on underneath it.’’

That isn’t even half of the stories surrounding the notorious Madame Sherri.

The information kiosk at the forest’s trailhead off Gulf Road shows photos of Sherri and of her newly built home, circa 1930. It’s beautiful, but doesn’t look like much of a castle.

Cross the narrow bridge over the pretty pond and within a few yards the ruins become visible: Granite steps curve and rise over three arches but end nowhere, now separated from an upper level where pillars and what was a fireplace mark a modest-size dwelling. As with its owner — who some said was a prostitute and others a brothel owner, that Madame title perhaps misunderstood — legend supersedes reality.

“After many years of people asking me who she was, I decided to find out all there was to know about her,’’ says Lynne Borofsky, who is a member of the Chesterfield Conservation Commission. “I discovered all these stories about this wild woman. How much of that is town rumor is hard to say.’’

Borofsky scoured the Chesterfield Historical Society archives — the Brattleboro Historical Society also has a lot of information, she says. In turns out Sherri was born Antoinette Bramare in 1878 in Paris, and worked as a seamstress and dancer. She met a shady American, Anthony Macaluso, and they traveled to New York in 1911. Eventually, with their names changed to Andre and Antoinette Sherri, they became tremendously successful: Andre as a vaudeville performer and Antoinette as a Broadway costume designer, who even worked with the Ziegfeld Follies.

But Andre went blind and insane, possibly because of bathtub gin or venereal disease, or both, and died in 1924. Antoinette, some say, was devastated and done with New York. But not done with parties. She discovered Chesterfield while attending a party at silent screen actor Jack Henderson’s house on Gulf Road; this area was popular with well-off New Yorkers living the high life.

“The Pine Grove Springs Hotel at Spofford Lake was very famous. Cab Calloway played there,’’ Borofsky said of the grand waterfront resort, which burned down in 1961. “People would summer in this area, so it’s not a surprise she ended up here.’’

Around 1929, Antoinette bought a farmhouse and some 600 acres of surrounding land, and began building her dream home — it was exotic for rural New Hampshire perhaps, but it was no castle.

“It isn’t a castle,’’ agrees Borofsky. “I don’t know where that came from, but it does go way back. Perhaps she named it that?’’

Nor did she live there: “She lived across the street in the farmhouse,’’ says Borofsky. “She actually lived quite simply.’’

But she did give some wild parties there. Some disapproved.

Consider though, Sherri grew up in the Naughty Nineties in Paris and the Roaring Twenties in New York; cocaine was legal and booze thrillingly illegal. Slipping out to pick up some groceries in nothing but a fur possibly didn’t strike her as unusual.

“She was a party girl. It was the times, though,’’ agrees Borofsky. “She made a huge impact on anyone who met her. I got talking to someone who said her mom had worked for Madame Sherri, doing some cooking or something. She remembers, as a little girl, playing in her polar bear rug.’’

By 1959, her fortune and spirit depleted, Sherri took up with Jehovah’s Witnesses in Quechee, Vt. On returning home, she found her beautiful house viciously vandalized and her antiques stolen. She left, never to return.

Relying on nearby friends, broke and bewildered, Sherri retreated into her memories and a state some call dementia. Her “castle’’ burned down in 1962. Local resident Ann Stokes, whose name marks the 2-mile trail through the shady Madame Sherri Forest, bought her property just before Sherri died in Brattleboro in 1965.

Rumor and ruins are what remains. But the castle’s steps grow ever more fragile as people can’t resist climbing them, and the forest is gently reclaiming the land. The rumors, however, show no sign of fading.

From West Chesterfield, take Cross Road over Route 9 to Welcome Hill Road. Turn right onto Herrick Road and then left onto Gulf Road. Madame Sherri Forest is on the right, just after Egypt Road. forestsociety.org/property/madame-sherri-forest 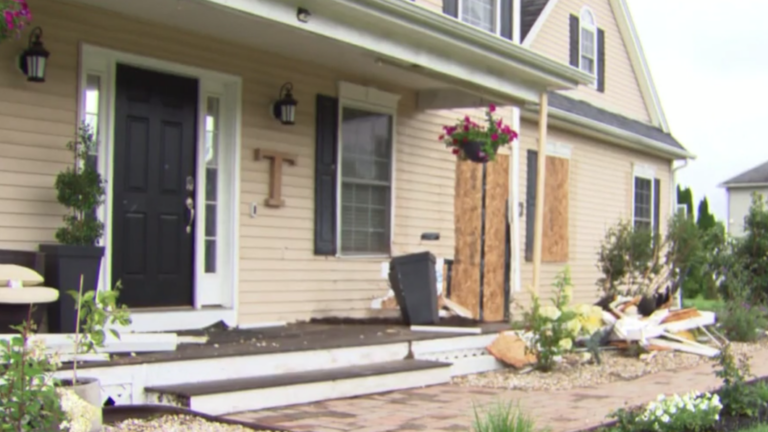