Guests who stay at the new Encore Boston Harbor in Everett will have floor-to-ceiling views of the Boston Harbor and city skyline, luxury marble bathrooms, and voice-activated controls. The $2.6 billion five-star gaming resort, due to open June 23, began accepting reservations at the hotel inside its 27-tower building in March.

“Those would be the largest standard hotel rooms in New England,” said Encore Boston Harbor president Robert DeSalvio. “And there’s nothing standard about them.”

The marble bathrooms have dual sinks, a separate shower and deep-soaking tub, a seated vanity with mirrors, and a 24-inch flat screen HDTV mounted on the wall. 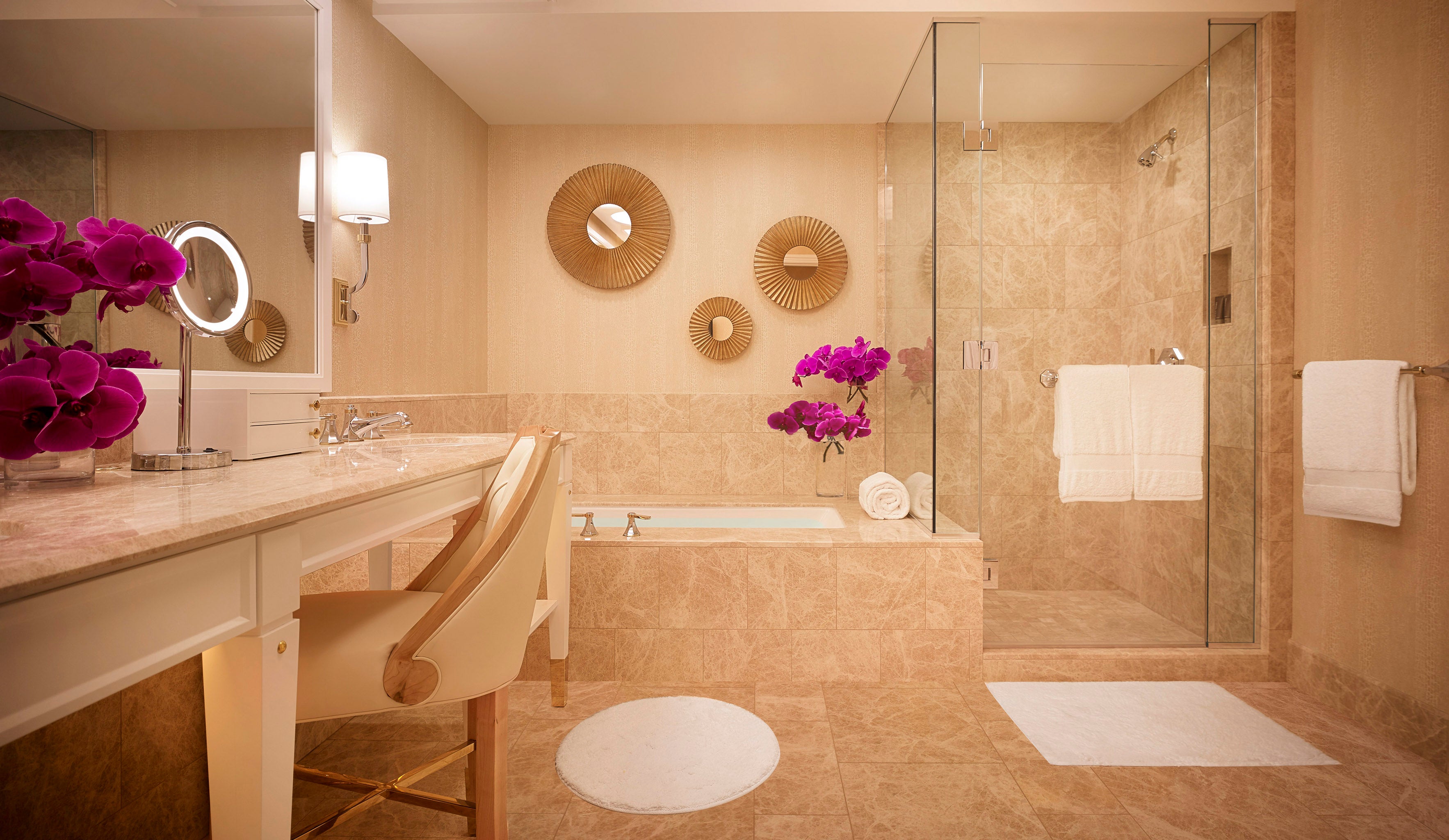 The bathroom inside a king room with a harbor view at Encore Boston Harbor.

Visitors looking for even more space can rent one of 18 two-bedroom residences with 3,350 square feet of living space, or one of two three-bedroom, 5,850-square-foot villas with double-height ceilings located at the very top of the building, DeSalvio said. 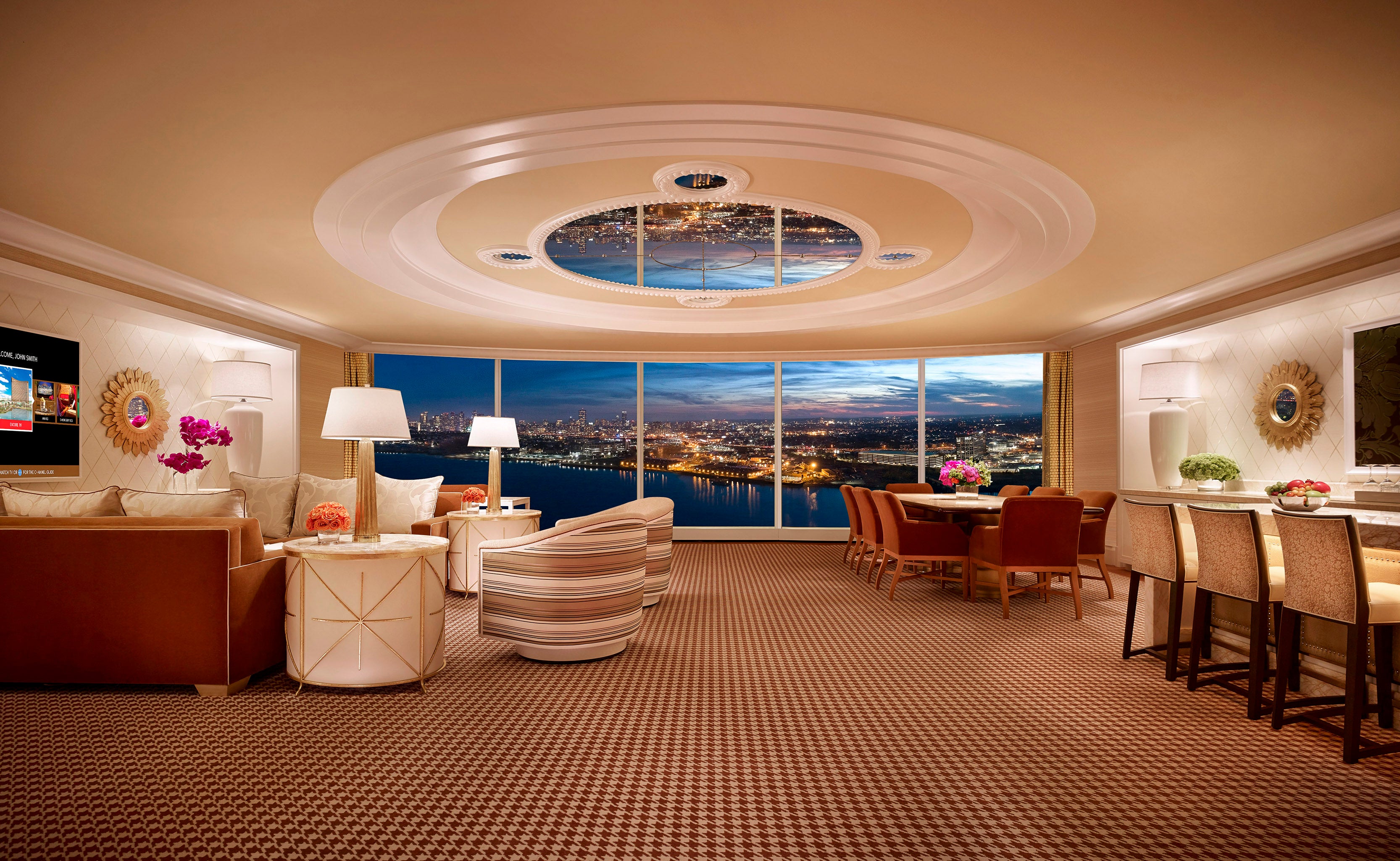 Inside a two-bedroom residence at Encore Boston Harbor.

When guests aren’t in their rooms, they’ll have plenty of options for entertainment. The resort will feature a 210,000-square-foot casino, 50,000 square feet of meeting and event space, a spa with 17 treatment rooms, a sauna, and a eucalyptus steam room, a fitness center that overlooks the water, as well as a nightclub, hair salon, and retail stores. Guests also will be able to choose from 15 different places to eat and drink, with food that will vary from Italian to Asian and a buffet that will seat more than 400 people, according to DeSalvio. Outside the resort, guests will be able to spend time on a six-acre Harborwalk.

The resort will offer daily water transportation via three 40-passenger custom water shuttles, DeSalvio said. They will run from the resort to the World Trade Center in the Seaport and also to Long Wharf in the Financial District.