If you want to relive the glory of the 2018 Red Sox World Series victory (and who doesn’t?), you can plan a road trip to Cooperstown, N.Y., next month.

The National Baseball Hall of Fame and Museum is hosting a Red Sox Weekend from July 6-7, where fans can take photos with the 2018 World Series Trophy and get close-up views of items worn by players during the World Series run, such as the bat used by World Series MVP Steve Pearce and the jersey worn by pitcher David Price. There will also be Red Sox-centric tours, trivia contests, craft stations, and more. Red Sox items at the National Baseball Hall of Fame and Museum in Cooperstown.

“Fans of the Red Sox will have a chance to learn a little more in-depth history about the team they love,” said Jon Shestakofsky, vice president of communications and education at the National Baseball Hall of Fame and Museum. “I’m sure we’ll see a good number of Red Sox fans that weekend. It’s a great drive [from Boston] and a great weekend getaway.”

Cooperstown is approximately 240 miles from Boston. If you’re going to make the trip and stay the weekend, there’s plenty to do in Cooperstown before and after your visit to the Hall of Fame, said Cassandra Harrington, executive director for Destination Marketing Corporation for Otsego County (thisiscooperstown.com).

“I love that everything is walkable,” she said.

Here are Harrington’s recommendations for where to eat, stay, and play in Cooperstown over Red Sox weekend. Toscana has great calamari and chicken parmigiana, Harrington said. You can dine on it while admiring the cozy restaurant’s exposed brick, she said. As for the bistro, Harrington says you can’t beat the menu for variety.

“I love Alex’s [World Bistro] because I couldn’t have, in my wildest dreams, conjured up the menu items he has,” she said.

The World Bistro does indeed make dishes that encompass the globe, from the Hong Kong pork belly steamed buns to the Egyptian falafel to the Cuban pulled pork fajitas, she said. Also, the fingerling potato fries with chipotle aioli dip are worth ordering, Harrington said.

At the Cooperstown Diner, you’ll want to order a burger, she said.

“People line up outside the door to get into the Cooperstown Diner,” Harrington said. “They are famous for their jumbo burgers.”

Other museums to check out 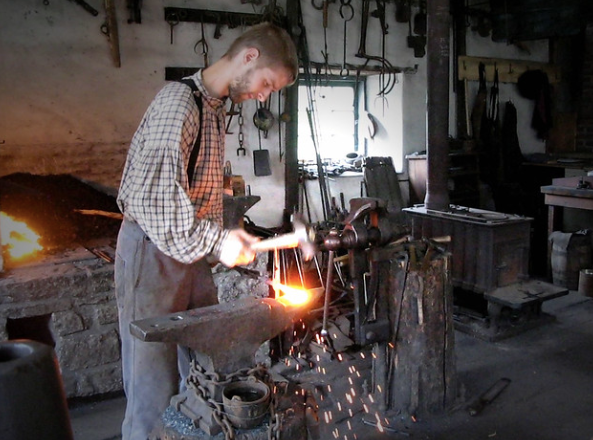 A blacksmith’s apprentice hard at work at the Cooperstown Farmer’s Museum.

There are other, non-baseball museums well worth your time, said Harrington, such as the The Farmer’s Museum, where visitors can experience a 19th-century rural village through demonstrations and exhibits.

“You can go in and watch the blacksmith make his tools, you can go in and speak to the pharmacist, who’s making a salve for an ailment with the herbs he grew in his garden that is just outside his window,” Harrington said.

“It’s quite an experience,” Harrington said.

Art lovers can head over to Fenimore Art Museum, where iconic photographs of rock stars taken by photographer Herb Ritts are on display through Sept. 2. The exhibit, “Herb Ritts: The Rock Portraits,” features stars such as David Bowie, Bruce Springsteen, Prince, Madonna, and more. 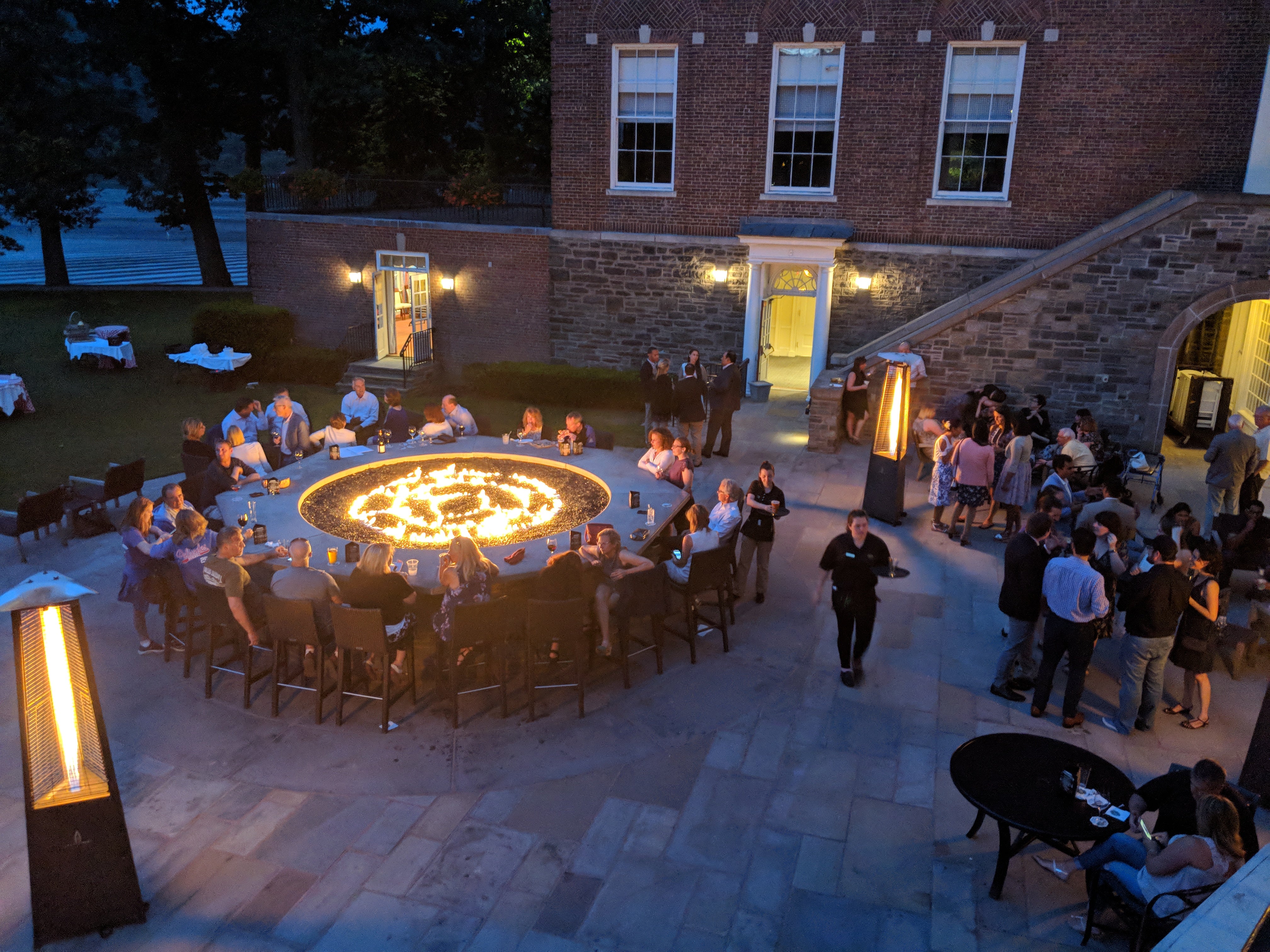 The Fire Bar at The Otesaga Resort Hotel in Cooperstown.

When all that sight-seeing calls for some rest and relaxation, budget-conscious travelers can book a room at the recently remodeled Holiday Inn Express and Suites, Harrington said.

For a luxury stay, Harrington said The Otesaga Resort Hotel on Lake Otsego is a great spot. Visitors can choose from a guest room or suite, some of which overlook the lake, and also book a massage in the spa, play tennis, go canoeing, and dine in one of several restaurants on the property.

“What’s really cool about [The Otesaga Resort Hotel] is the Fire Bar,” Harrington said. “I love it.”

At the Fire Bar, guests sit at an outdoor high-top circular bar and enjoy drinks, small plates of food, and panoramic views of the lake.

Why Rafael Devers kept dropping his bat during the playoffs