More and more skiers are ditching ski lifts, instead using their athleticism to get them up the mountain.

Uphill skiing, also called skinning or alpine touring, is increasing in popularity at ski resorts in New England and around the country.

“It’s one of the faster growing components of the ski industry,” said Colin Cascadden, patrol director and risk manager at Sugarbush in Vermont (a favorite ski spot of Boston.com readers). “We’re starting to see more and more people with AT gear [alpine touring gear].”

Uphill skiers use bindings that can switch from a free heel when ascending the mountain to a fixed heel when descending the mountain. Snowboarders use splitboards that can be separated into two ski-like parts when ascending. For traction, synthetic skins are attached to the bottom of the equipment during climbing. It’s a great workout, a way to access the backcountry, and “a different way to see the mountain,” Cascadden said.

Waterville Valley Resort in New Hampshire recently announced a new six-week uphill program called “Out of Bounds,” which will begin Jan. 17. The program will cost $199 or $45 for drop-ins.

“With alpine touring growing in popularity at a rapid rate, we want to not only embrace the uphill community, but make the sport more accessible for those looking to get into it,” said Ian Cullison, adventure center director for Waterville Valley Resort, in a press release. “This program will allow participants to learn how to access the backcountry safely.”

Other local mountains have found success with uphill programs. For example, New Hampshire’s Black Mountain just launched season three of its “Friday Night Lights” series. And an uphill travel tour by moonlight has gained traction at Sugarbush, attracting the biggest group ever at the end of last season, Cascadden said. The event has seen from 25 to nearly 125 skiers per outing, he said.

“We used to do them just on the full moon,” Cascadden said. “Then they became more popular. Now we are doing them twice a month, every other Saturday, from January to March.”

Special programs aside, the rules and cost of uphill skiing vary from mountain to mountain.

“We all address it differently,” he said. “Everyone has their own particular policy when it comes to uphill travel.”

At Sugarbush, uphill skiing is free with an online pass, and folks can only uphill ski before and after regular operating hours.

“There are some resorts that are starting to offer it during the day, but Sugarbush currently does not offer skinning during the day,” Cascadden said. “We thought it was too [risky] to have the two user groups on the hill at the same time.”

Other mountains, such as New Hampshire’s Bretton Woods, which recently ranked among the best ski resorts in the world, sell day passes for the activity and allow uphill skiing during regular operating hours. Some local ski areas, like Ski Bradford and Nashoba Valley Ski Area, don’t allow it at all.

The United States Ski Mountaineering Association provides links to uphill skiing policies for mountains in each state. Before planning your trip, it’s a good idea to research a mountain’s policy or call, since “things are changing quickly with uphill access at ski resorts,” according to the association.

Where to go uphill skiing:

Here’s a sampling of uphill travel hours and costs at 10 mountains around New England. Many mountains allow free uphill skiing with the purchase of a season pass. 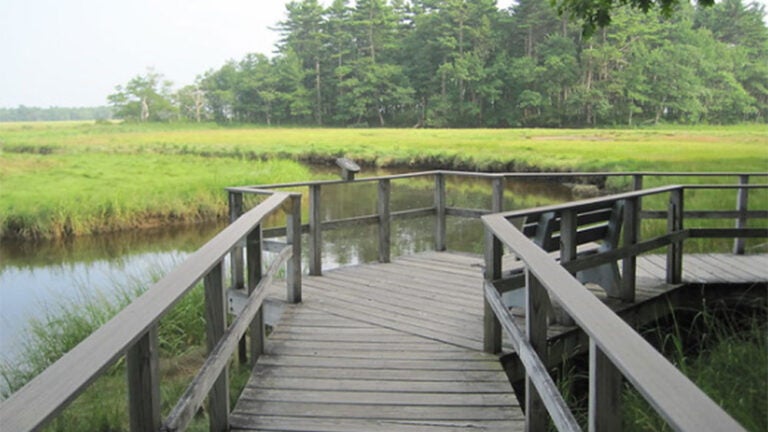