For 53-year-old Karen Rookwood, formerly of Arlington, traffic was a way of life.

“I spent almost half of my time in my car because I was a home-based hospice and then palliative care social worker,” she said. “I drove from home to home and I sat in traffic all the time.”

They were ready for a change. So this past summer, the couple made a decision that drastically changed their way of life: They bought The Featherbed Inn, a bed & breakfast in Waitsfield, Vermont. Now instead of commuting, they spend their mornings cooking on a 100-year-old six-burner stove for the guests visiting their 1806 inn set on 20 acres. 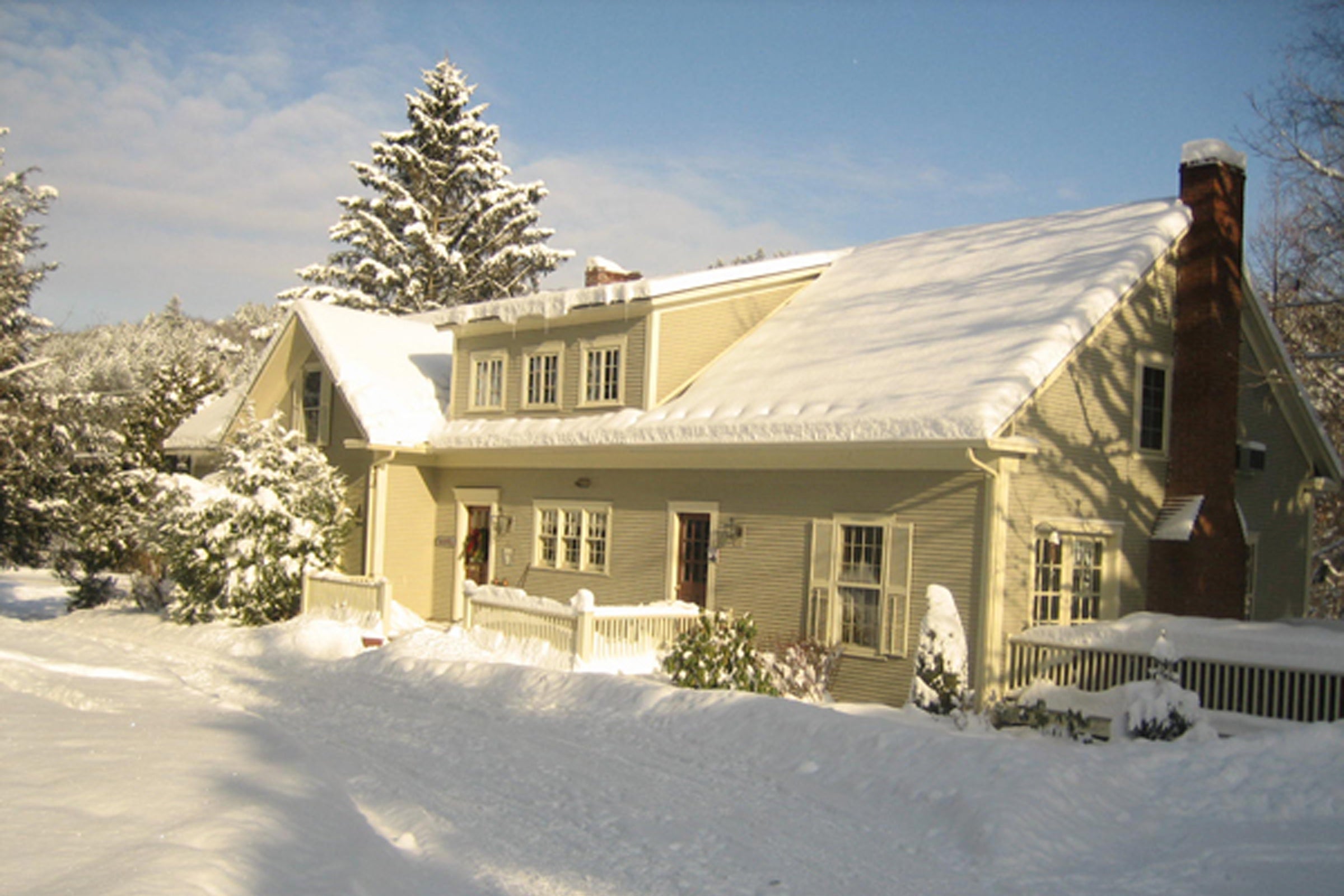 The Featherbed Inn in Vermont.

The couple moved in Dec. 3 and welcomed their first guests on Dec. 6. It was a “trial by fire” for sure, Karen said with a laugh.

They found the inn online. The building, one of the oldest in Waitsfield, was a dairy farm before it was converted into an inn in the 1950s, Mick said.

“I just loved the look of it,” Mick said. “So we came up here on July Fourth weekend. We stayed for the weekend and completely fell in love with it.”

Mick, who grew up in London, and Karen, a native of Manchester, Conn., met while working for an environmental consultant company in the city. Mick, who earned his master’s in the technology and public policy at MIT, worked in the clean energy software industry for 25 years. Karen went to Columbia University and got her master’s in social work at Simmons College.

When they weren’t working, they shared a love of the outdoors, cooking, and hosting friends. So when the empty nesters thought hard about the type of life that would make them happy, owning a bed and breakfast made sense. And since winter is their favorite season — they love to ski and hike — Vermont seemed like a good fit.

“We feel very home socially and culturally in Vermont,” Karen said. “The community in the Mad River Valley in particular is exactly the kind of community we’ve dreamed of. People were so passionate about this community — the access to the outdoors, the sense of wanting to keep things the way they are while also keeping with the times. It’s a close-knit community.”

The Featherbed Inn is near Sugarbush and Mad River Glen, as well as a short drive from two cross country ski centers. Or guests can seek adventure right on the property, which has about 50 miles of trails, Karen said.

“So you don’t have to go anywhere,” she said. “In the winter, you can snowshoe and hike, there’s fatbiking, cross country skiing. In the summer, there’s swimming in our little pond but also across the road is a swimming hole in the Mad River.” 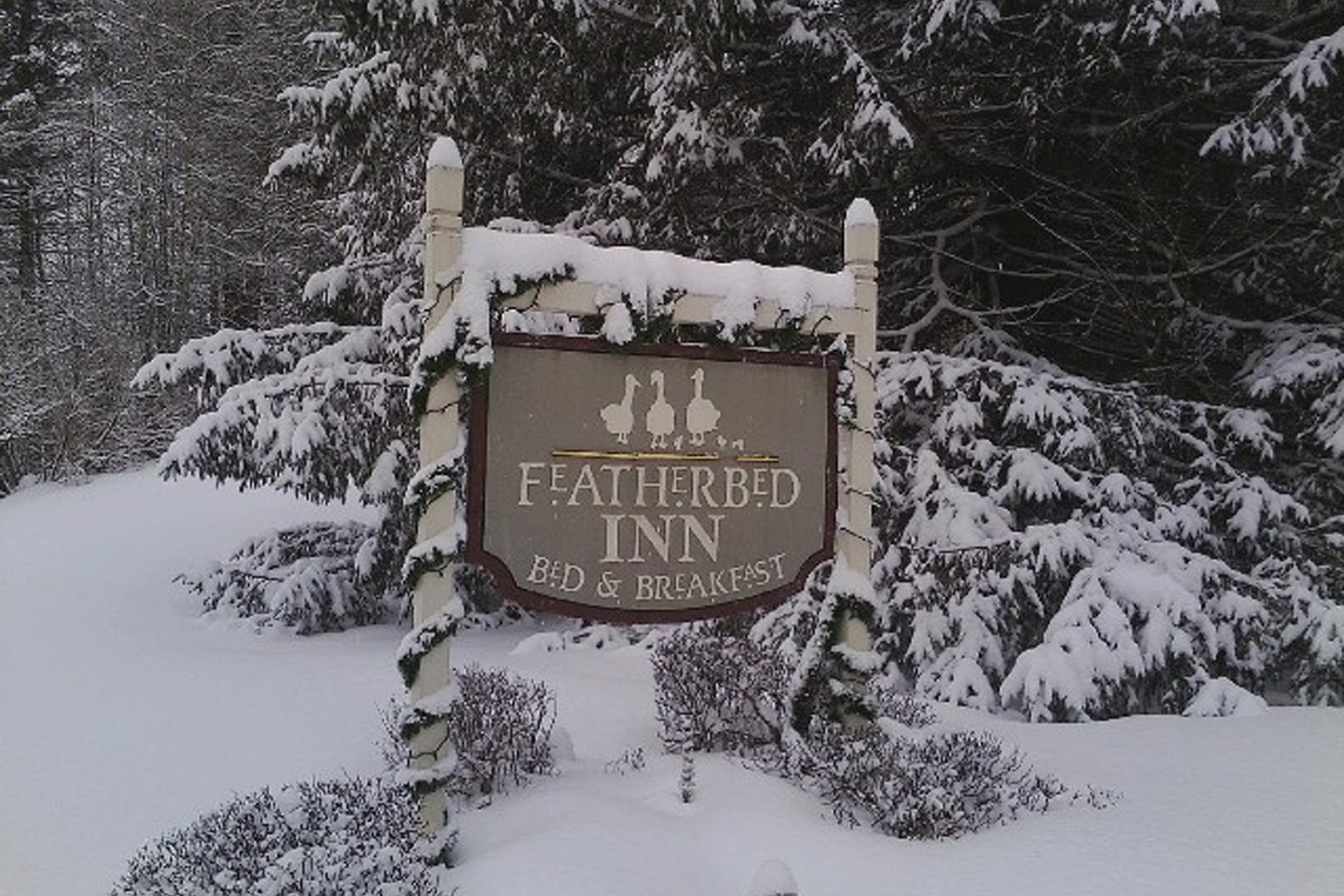 It’s been a “scary and challenging” month, especially taking on the finances, marketing, and the “whole social media scene,” Karen said. Then there’s the cooking, meal planning, cleaning, groundskeeping, and laundry — so much laundry.

“We’ve never done as much laundry in the past 10 years as we have in the past month,” Karen said. “So it’s hard work. This is definitely hard work.”

The Inn has nine queen rooms, including two two-bedroom suites. All are uniquely furnished with antiques and have sitting areas. Every room but one has an en suite bathroom. And, true to the inn’s name, all of the beds have featherbeds — removable, down-filled mattress toppers.

“The featherbeds get fluffed every single day,” Mick said.

“We’ve gotten rid of all the doilies and we’ve added a lot of contemporary art and furniture,” Karen said.

“We love to cook and we love to cook unusual food,” Karen said. “So we’re serving things like breakfast enchiladas with roasted poblano sauce, shakshuka, and lemon ricotta pancakes.”

They’ve vowed to keep serving favorites such “The Featherbed Eggs,” which Karen described as “an eggy, cheesy, yummy casserole that has been passed down from innkeeper to innkeeper here at the Featherbed.”

The pair also has big plans for the property’s original 1840s barn.

“We’d love to bring in local musicians, maybe have concerts in the barn,” Mick said. “But we want to keep it a barn. We don’t want it to be too polished.”

The couple welcomed old friends to their inn over the holidays and take joy in making new friends in the guests who stay with them from around the country. Some of their most joyous moments so far have included swapping stories with guests and playing games around the inn’s fireplace, they said.

“I think it has been one of the happiest months of our lives,” Mick said. “Happy and fulfilling.”

“If there’s one thing I’ve learned doing [hospice] work — which I loved — is if there’s something you want to do, you’ve got to do it,” Karen said. “Don’t wait.” 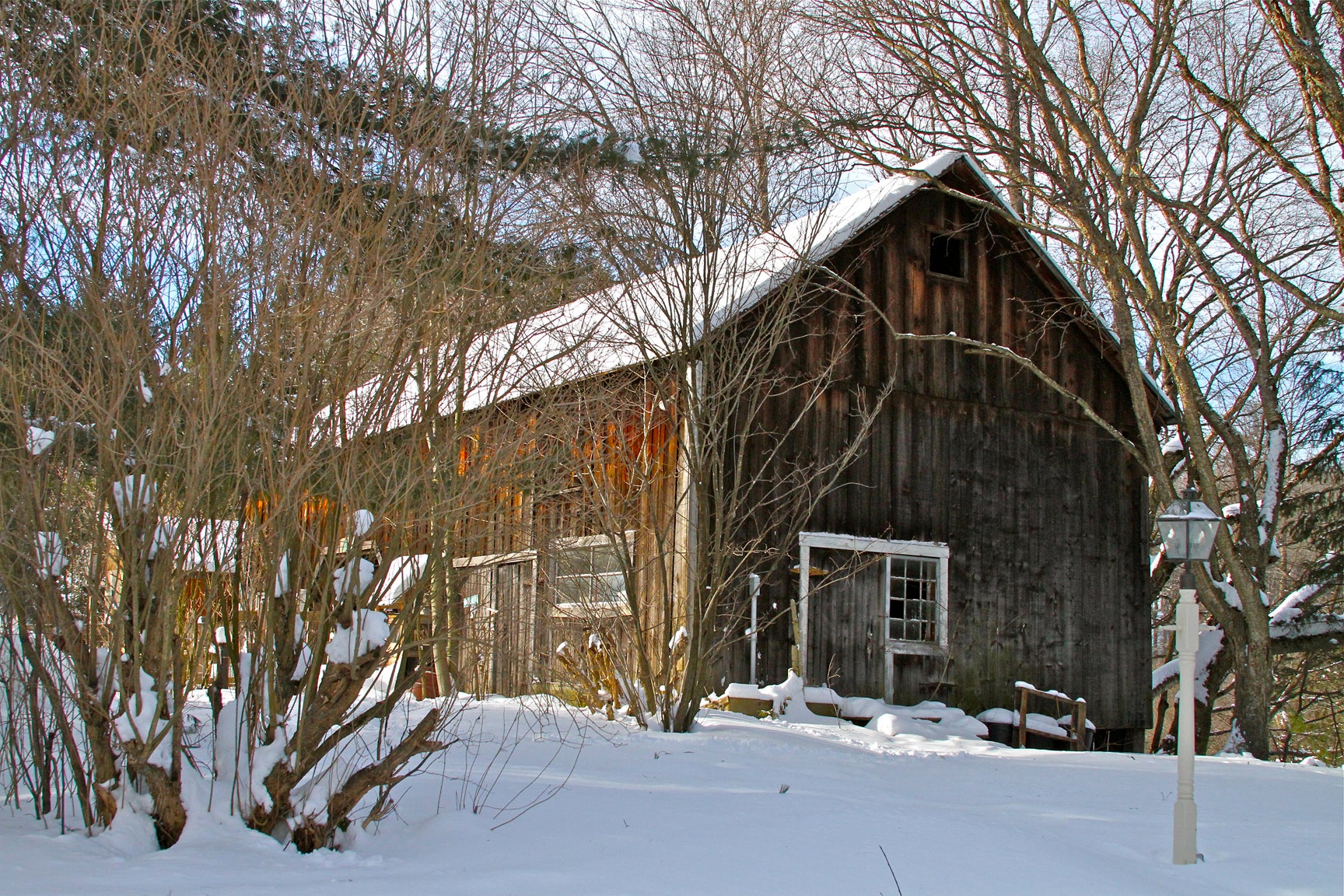 The barn at the Featherbed Inn.