Oprah Winfrey just traveled to New England, where she experienced a pair of firsts: her first trip to Maine and her first lobster roll.

In December, the talk show icon visited Dolphin Marina and Restaurant in Harpswell, Maine, to film an episode of “Oprah’s Book Club,” her new series on Apple TV+.

“I knew I had to make my first trip to Maine the moment I started reading Elizabeth Strout’s ‘Olive, Again,'” Oprah wrote in a video posted to her Instagram account Monday.

I knew I had to make my first trip to Maine the moment I started reading Elizabeth Strout’s “Olive, Again.” So for our @oprahsbookclub discussion, I gathered some book club members and took them to @dolphinmarinaandrestaurant to discuss the book and have some good ol’ lobster rolls! Stream our conversation on @appletv or by clicking the link in my bio📚🦞 #ReadWithUs

Oprah’s team scoured the Maine coast this past fall for a suitable place to film the show before calling the Dolphin Marina and Restaurant, according to Chris Saxton, a manager at the family-owned and -operated business.

“It was kind of surreal to get that call,” Saxton said.

Come December, the Saxtons found themselves hosting Oprah and her crew. The restaurant was closed for the season, and the team transformed the dining room into a TV studio over a few days, he said.

“It was pretty incredible,” Saxton said. “The basement was where the production room was. Oprah’s green room was upstairs. Our offices [are] where everyone ate their meals, the crew. The parking lot was filled with vehicles and generators.”

There were about 165 people there the day they filmed, Saxton said, and the restaurant catered the affair.

It was an honor to host Oprah, Elizabeth Strout and the book club guests! Check out the interview now available on Apple TV+!

A post shared by Dolphin Marina & Restaurant (@dolphinmarinaandrestaurant) on Jan 19, 2020 at 7:56am PST

“Everyone was extremely generous,” Saxton said. “They were very kind. Oprah was very nice. She did some pictures with us.”

In the Instagram video, Oprah bites into one of the restaurant’s lobster rolls before calling it “the real deal.”

“I’ve never had a lobster roll before,” Oprah said on the video. “I expected there to be, like, lots of mayonnaise and stuff in there, but this is pure.”

Saxton said his family had no idea they were serving Oprah her first lobster roll.

“It’s tremendous that she was able to have her first lobster roll at the Dolphin and in Harspwell,” Saxton said. “It’s the same lobster roll we serve at the restaurant — fresh lobster meat right off the boat and to the plate.” 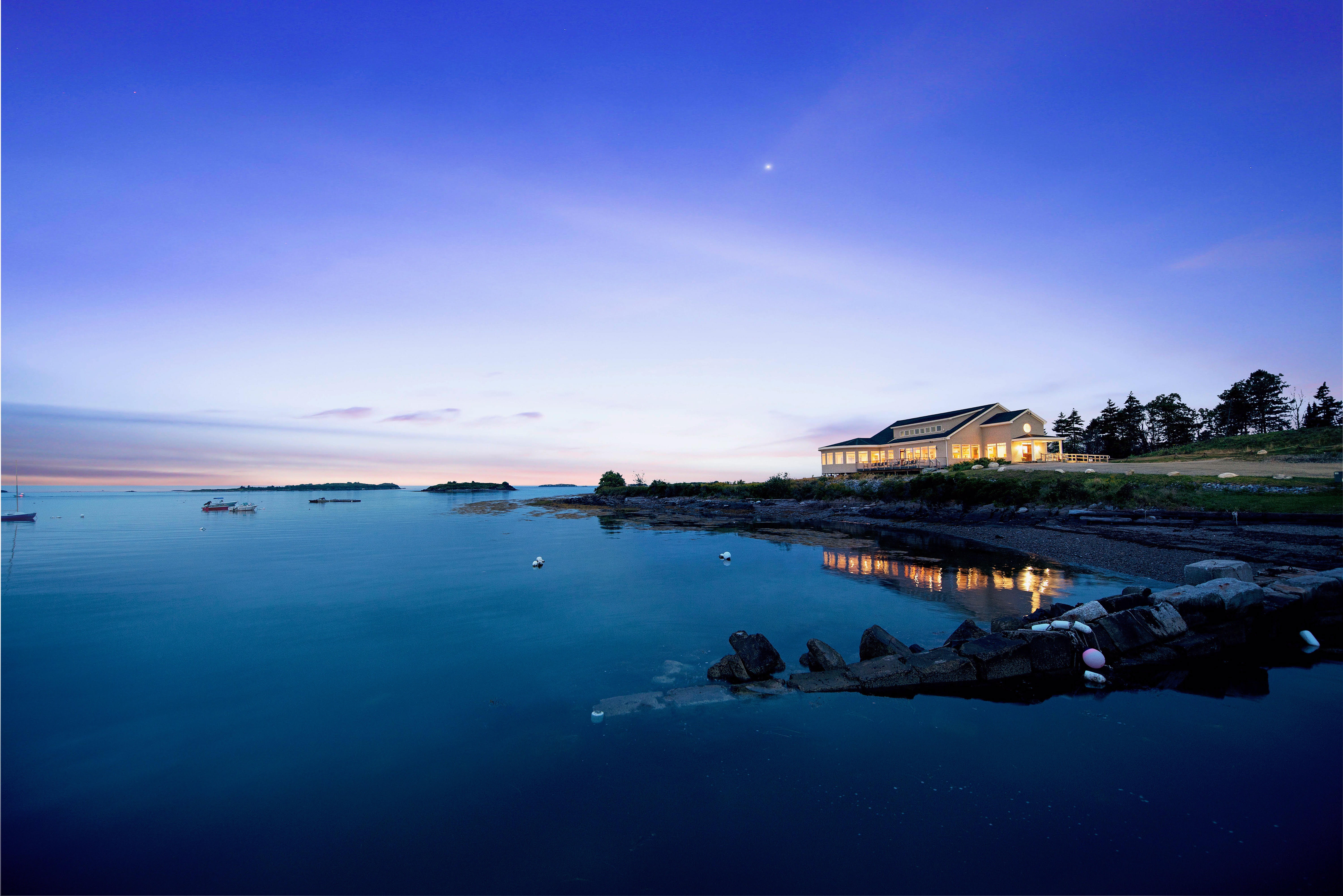 The Dolphin Marina and Restaurant in Harpswell, Maine.

“I think it was just an incredible opportunity,” Saxton said. “It’s just a great experience. We’re happy to be a part of it.”