Pop the bubbly because the newest boutique inn in Portland, Maine, comes with a bit of a boozy history lesson.

The phrase “blind tiger” might be Prohibition-era slang for a speakeasy, but the new Blind Tiger Guest House — once home to a secret cellar watering hole — brings the revelry out in the open. The luxe inn’s first floor is entirely devoted to rubbing elbows, with a huge bar that invites guests to toast by the wood-burning stove, a sun porch that opens to a garden out back, and more.

Built in 1823, the Federal-style former private residence is tucked in the West End of the art-infused and foodie haven of Portland, just a short jaunt to the waterfront. The nine-room guest house had been operating as the Danforth Inn until Amesbury-based hotel group Lark Hotels, which owns 25 other hospitality hotspots throughout New England, New York, and California, purchased the building in 2019. Renovations began in January with a complete overhaul of the guest rooms and a special emphasis on the first-floor common areas.

The aesthetic of each unique room, designed by Robert Blood and Megan Kennedy, of Amesbury-based Elder & Ash, bridges Portland’s past and present. Decor tips its hat to famous Maine movers-and-shakers like painter Winslow Homer and bluegrass musician Al Hawkes. The team sourced 1920s and ‘30s treasures from the antique shop Finch in Hudson, N.Y., as well as lighting, vintage art, and decor from Portland Flea-For-All, the enormous vintage market. The resulting rooms are a mix of repurposed pieces alongside newer finds, and bold wall colors and natural textures add interest.

“The detailed millwork in the property is just breathtaking,” Blood, also the president of Lark Hotels, told Boston.com. “You think about these guys in the 1820s hand-notching every piece of the dental millwork and crown molding. It’s really inspiring to be in a building with such great architecture.” 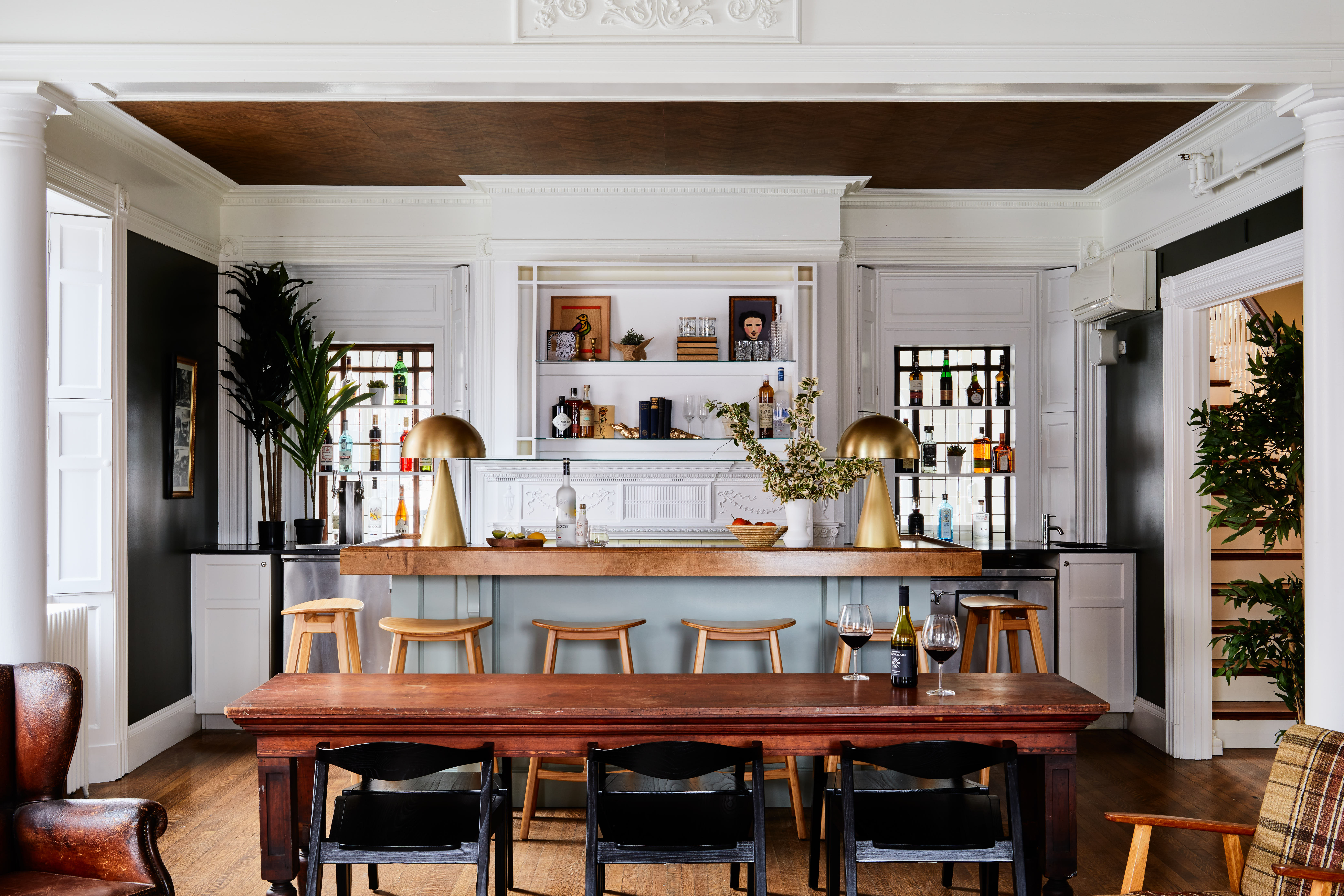 Once a private home, the mansion was built in 1823 by silversmith Joseph Holt Ingraham. The Thomas family — a dynasty of wealthy bankers, merchants, and lawyers — tasked famed architect John Calvin Stevens to create an addition for their lavish soirees around 1901. Locals even dubbed the spot “Social Corners.” Decades later, Prohibition didn’t put a stop to the party — it just relocated the revelry to a secret club in the cellar, which is now a cocktail hangout. In 1993, after decades of use by the Episcopal diocese, the historic estate began its new life as an inn.

The short renovation, from the rooftop cupola and its sweeping harbor views to the hidden basement billiard room, turned up a few surprises. “When you pull up carpet that’s been down for at least 20 years, and you find amazing oak and maple floors, that’s just like gold,” Blood said.

He aimed to make the first-floor common areas sing. The Bar Room, which spans from the front to the back of the house, features a built-in mahogany bar and six seats, with additional soft seating cozied up to the wood-burning fireplace. Warm wood panels arrayed in a herringbone pattern adorn the ceiling. Opposite the main hall, couches and additional seats in the living room beckon for conversations by the fire. A nearby dining room can seat 20, with a small sun porch that opens to a rear garden.

“Ultimately we can seat up to 36 people in a traditional dining setting and accommodate groups of up to about 75 for more formal wedding-style events,” Blood said of the first-floor social spaces.

Though the inn’s previous incarnation hosted a restaurant, he envisions using the kitchen to contribute to the city’s booming food scene.

“We’re hoping to host pop-ups where people can test their restaurant concepts,” Blood said. “Portland always has about seven or eight restaurants waiting in the wings.” 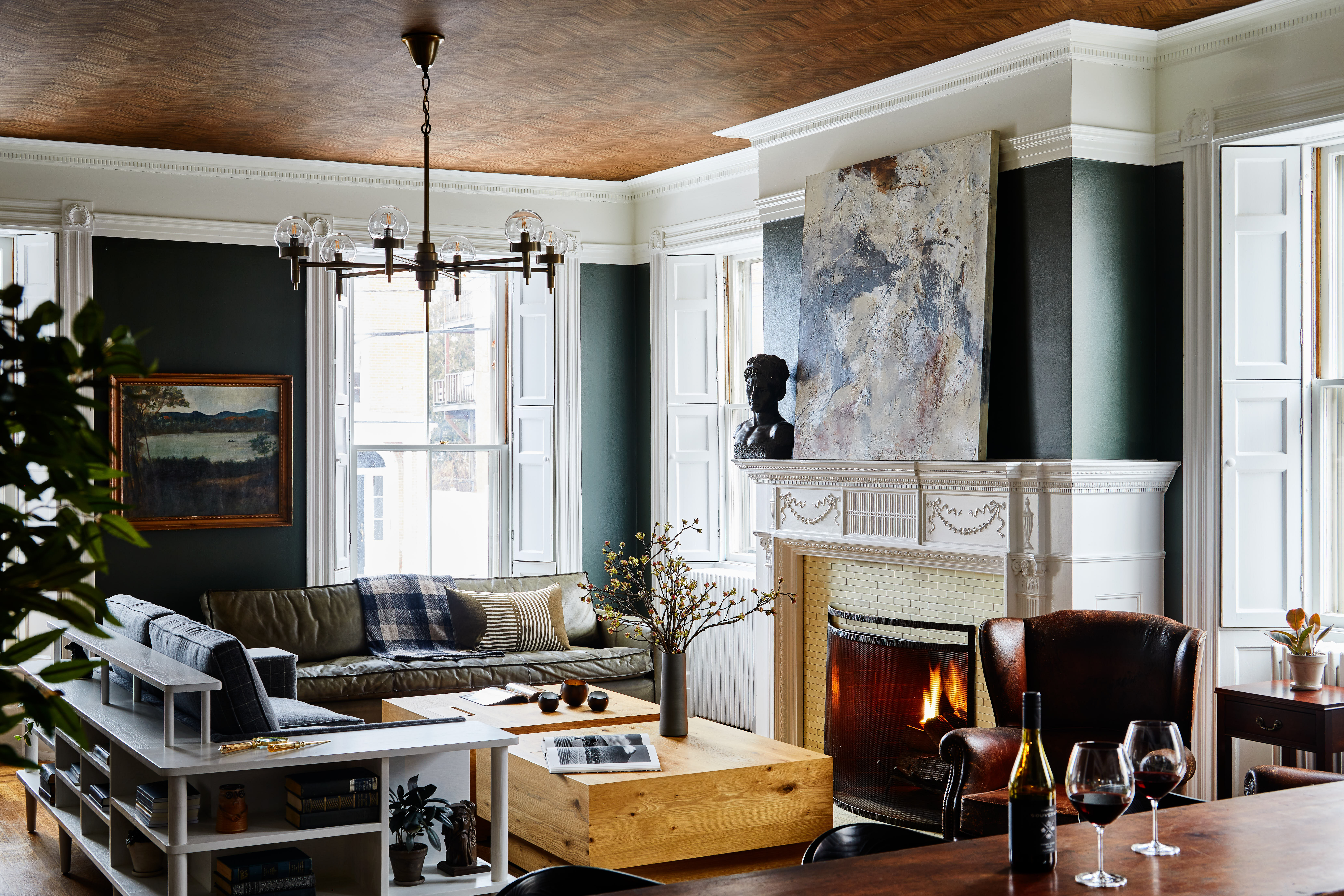 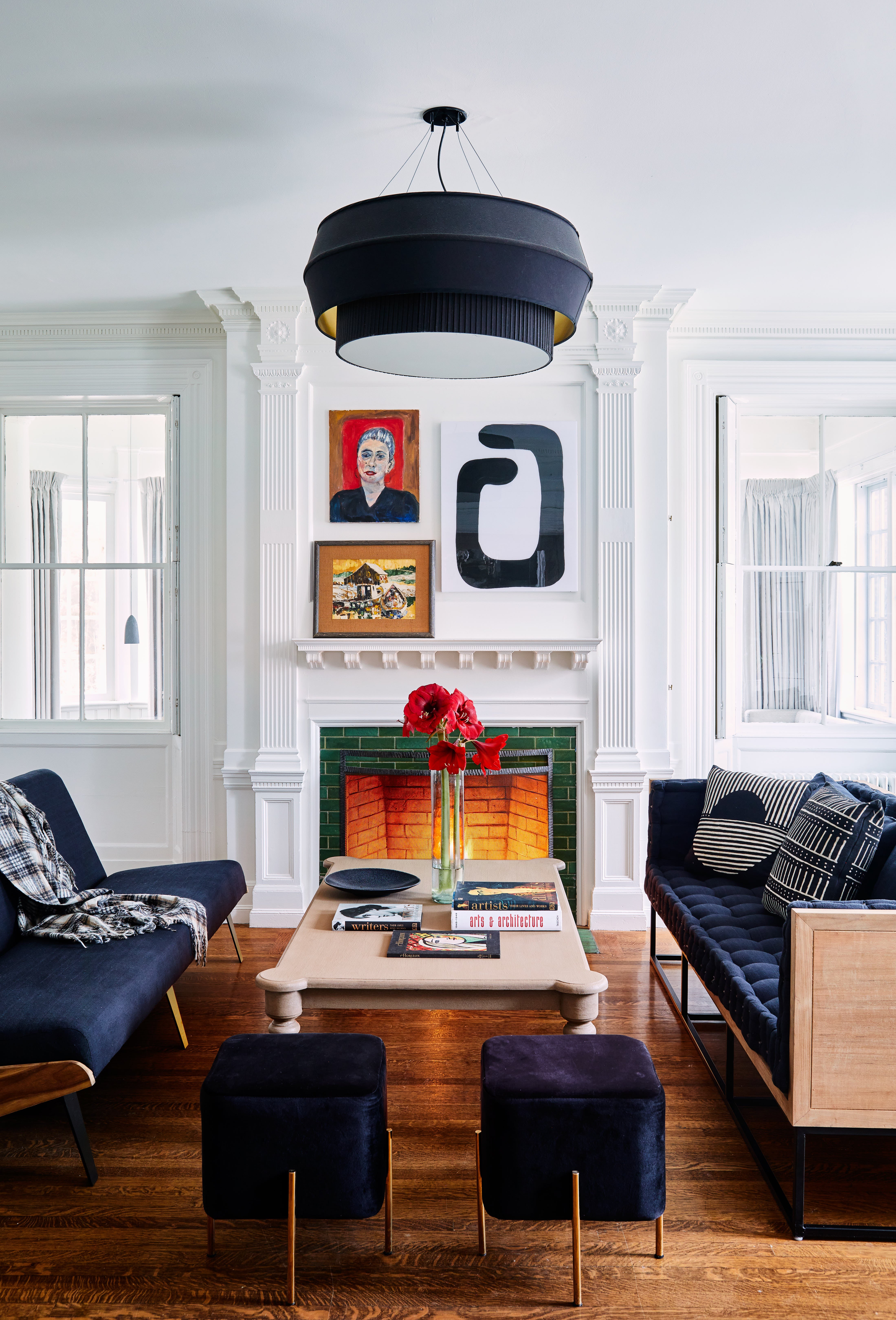 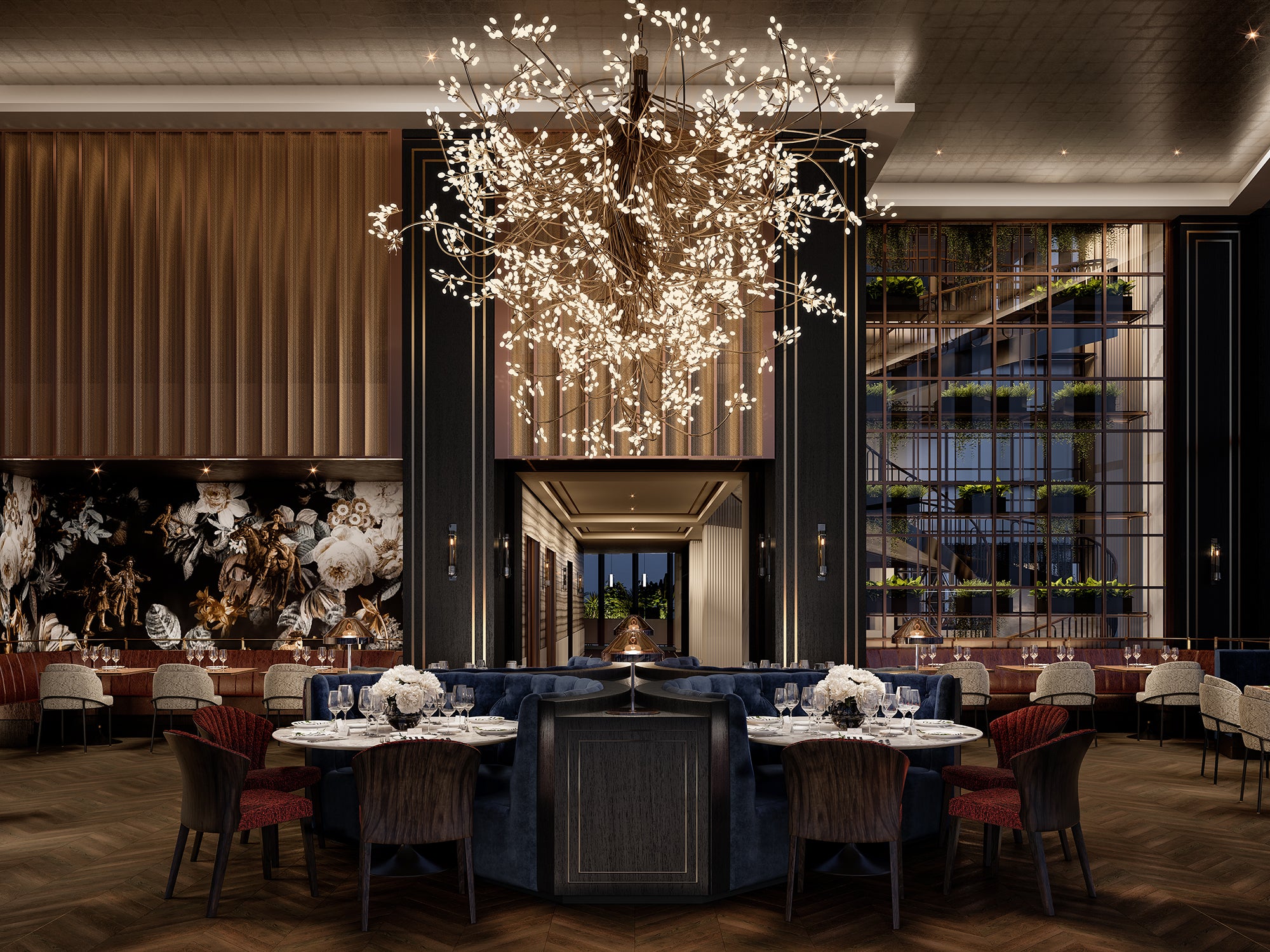 Take a look inside Raffles Boston Back Bay Hotel & Residences, opening in 2022