Amber O’Hara was stuck at sea. But that didn’t ruin her appetite for another cruise.

The Golden, Colorado, retiree had been aboard the Azamara Pursuit for nearly two weeks when the industry decided to pause operations because of the coronavirus pandemic. She and her partner, Jim Ward, spent 29 days on board before disembarking in Miami, more than a week late and a continent away from where the trip was supposed to end because ports had closed to cruise passengers along the way.

Still, O’Hara enjoyed her time on board, and couldn’t resist an offer from the cruise line to make up for her troubles: a credit worth 125% of the trip she was on that could be used for a future cruise. Conveniently, cruise ships have a dedicated place to make new reservations on board. She booked it on the spot.

“The guy was overwhelmed with people booking,” says O’Hara, 58, who put the credit toward a November trip from Lisbon to Rio de Janeiro. The “hardcore vacationer” who loves to cruise is still watching to see what the state of the world will be in October, when she and Ward have two cruises booked out of Venice.

“I guess I’m the eternal optimist,” she said.

Since the coronavirus started its rapid global spread earlier this year, thousands of passengers have been infected and dozens have died in high-profile outbreaks on ships, even after the industry paused all new cruises in mid-March. That has led many to vow they would never set foot on a ship, even if they had taken a cruise before.

But some passionate fans are not scared away and are even eager to return to sailing as soon as they can – provided they feel as though cruise lines have put enough health and safety measures in place. The Centers for Disease Control and Prevention has a no-sail order in place until July 24, but could extend the mandate as the agency and Coast Guard work with cruise lines on their coronavirus response plans. Carnival Cruise Line has tentatively said it hopes to start sailing with a handful of ships in August, but warned that those plans could change.

“There’s a sense for many people that they’ve got cabin fever,” said Lin Humphrey, an assistant professor of marketing at Florida International University who once worked in the cruise industry. “We yearn for things that make us feel like our life prior to March. There will be people that will be looking forward to that cruise.”

On Cruise Critic, a review, news and community forum site filled with avid cruisers, the prevailing sentiment is a cautious eagerness to get back to their favorite type of vacation. In response to one informal poll on the site, 64 percent of people who responded said they would cruise as much as they used to, and 10 percent said they would go more often.

“We are seeing a strong interest from those cruisers to return to the sea once they are able to do so and once they are comfortable that it’s going to be a safe experience and the vacation they love,” says Colleen McDaniel, the site’s editor in chief.

For Paula Kaisner of Austin, Texas, who has been cruising for more than 15 years and started her own Dream Vacations travel agency franchise eight years ago, the desire for ships to sail again is both personal and professional.

“I am itching for it. My husband and I, we love cruising; that is our main form of our vacation travel,” she said. “I absolutely miss it, I will absolutely support the industry when it’s ready to come back. I am not afraid at all to get back on a cruise ship.”

Kaisner, 52, was supposed to sail to the British Virgin Islands in late March, but that trip was canceled. Her next trip, a work-related shipboard conference on Oceania Cruises in early August, is so far still on the books.

“It’s still a go, but that’s questionable right now,” she said. “If it’s happening, I’m there.”

Also a question mark for Kaisner: the conferences on ships scheduled for October and November, and the sailings in December (Caribbean) and February (Hawaii).

Cruise lines love customers like Kaisner and O’Hara because, they say, once those passengers get hooked, they keep coming back. Humphrey, the marketing professor, said cruisers who spend enough time and money on particular lines take their status (and the associated perks) seriously.

“I don’t think this is going to scare them off in the long term,” he said, though the risk-averse might wait awhile to return.

Ben Hewitt and his husband, David McDonald, who run the Cruise With Ben & David YouTube channel, have already had a handful of cruises canceled this year. On Hewitt’s last cruise before the shutdown, the ship was turned away from Abu Dhabi and briefly quarantined in Dubai before he decided to fly home out of fear of tightening travel restrictions. The canceled trips include personal vacations and promotional events that cruise lines had invited them to attend.

“We were supposed to be in the Caribbean right now,” Hewitt, 35, said in a recent interview. He and McDonald, 32, took their first cruise in 2016 on the Disney Magic and dreaded the trip in advance but found they had a great time. The Cambridge, England, couple has since taken about 30 cruises and turned the habit into a job making videos about ship tours, tips, advice – and, more recently, the pandemic’s impact on the industry.

Hewitt said his fingers are crossed that a November Caribbean cruise that they booked last year will still be possible, but he said he’s trying to be realistic with his expectations.

“We definitely can’t wait to get back on a cruise, but it has to be the right time, it has to be when things are ready,” he said. Hewitt said he’d like to see more thorough plans from cruise lines about how they plan to handle outbreaks, with more details on cleaning procedures and food service. He said he expects cruise ships to be one of the last forms of transportation to return.

“They really can’t do with any more bad stories,” he said. “The worst thing possible would be for a cruise to start sailing and for covid to break out on that ship. It would be an absolute nightmare.”

Cruise fans interviewed for this story said they would be willing to undergo more testing before boarding ships and want to see cruise companies talk more openly about the health and safety changes they’re planning to make before people can start sailing again.

“I think that even avid cruisers recognize that hey, we’ve got to figure out this virus first and then talk about returning to cruising,” McDaniel said. 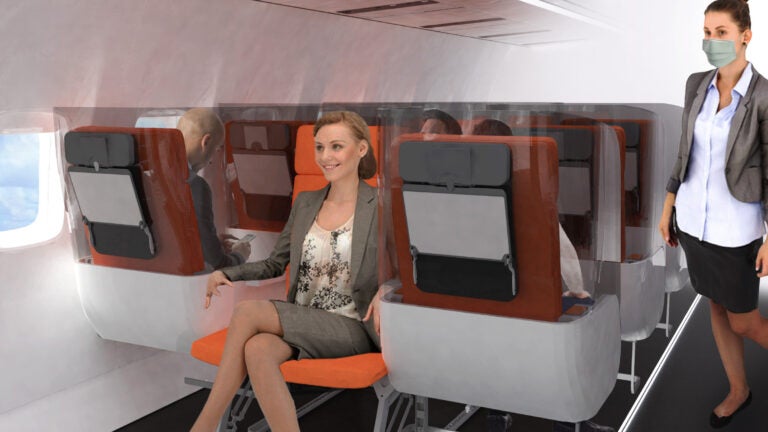 5 ways flying could change in the future