You can take a mural tour north of Boston this summer — all you need is a car and a map.

“Many of them, you can just take a ride by car and see,” Casey said. “Obviously, be socially distanced, go in small groups.”

There are more than 100 murals all throughout Essex County, Casey said. 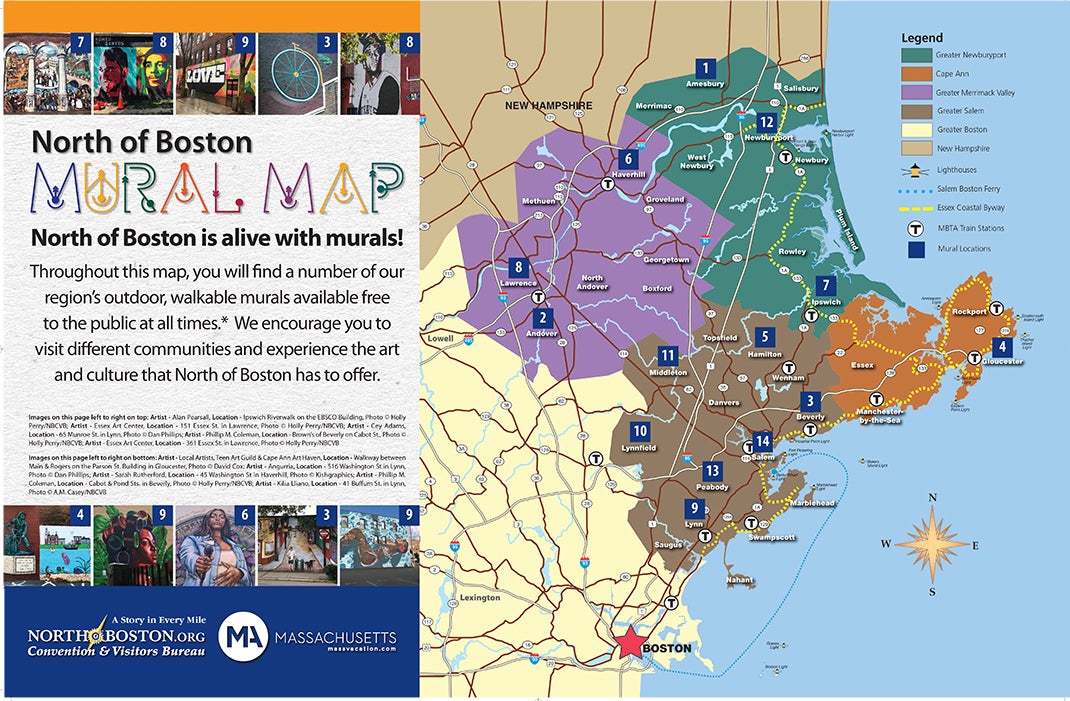 A map of mural art north of Boston.

The map lineup includes murals such as “Cat Witch” by Okuda in Salem, “Peoples of the First Light” by Nicole Salgar and Chuck Berrett in Lynn, “Our Fallen Heroes” by Augustine Garcia in Lawrence, and “John Greenleaf Whittier” by Jon P. Mooers in Amesbury.

Ahead, check out some of the murals you’ll find north of the city. 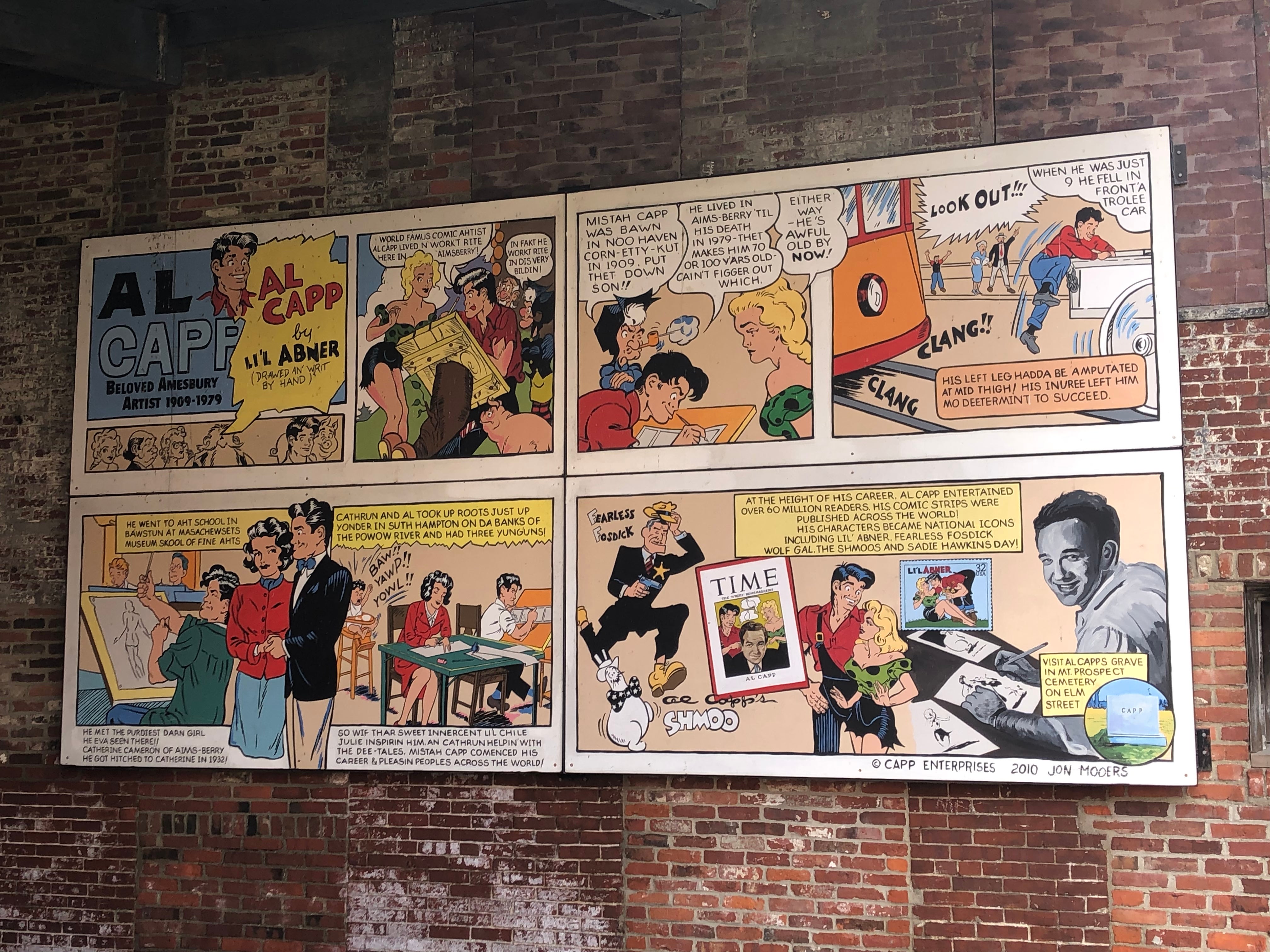 An unnamed mural by Helen Burr and Sam Worthington in Beverly. An unnamed mural by Tricia O’Neil in Gloucester.

An unnamed mural by the Essex Art Center in Lawrence. 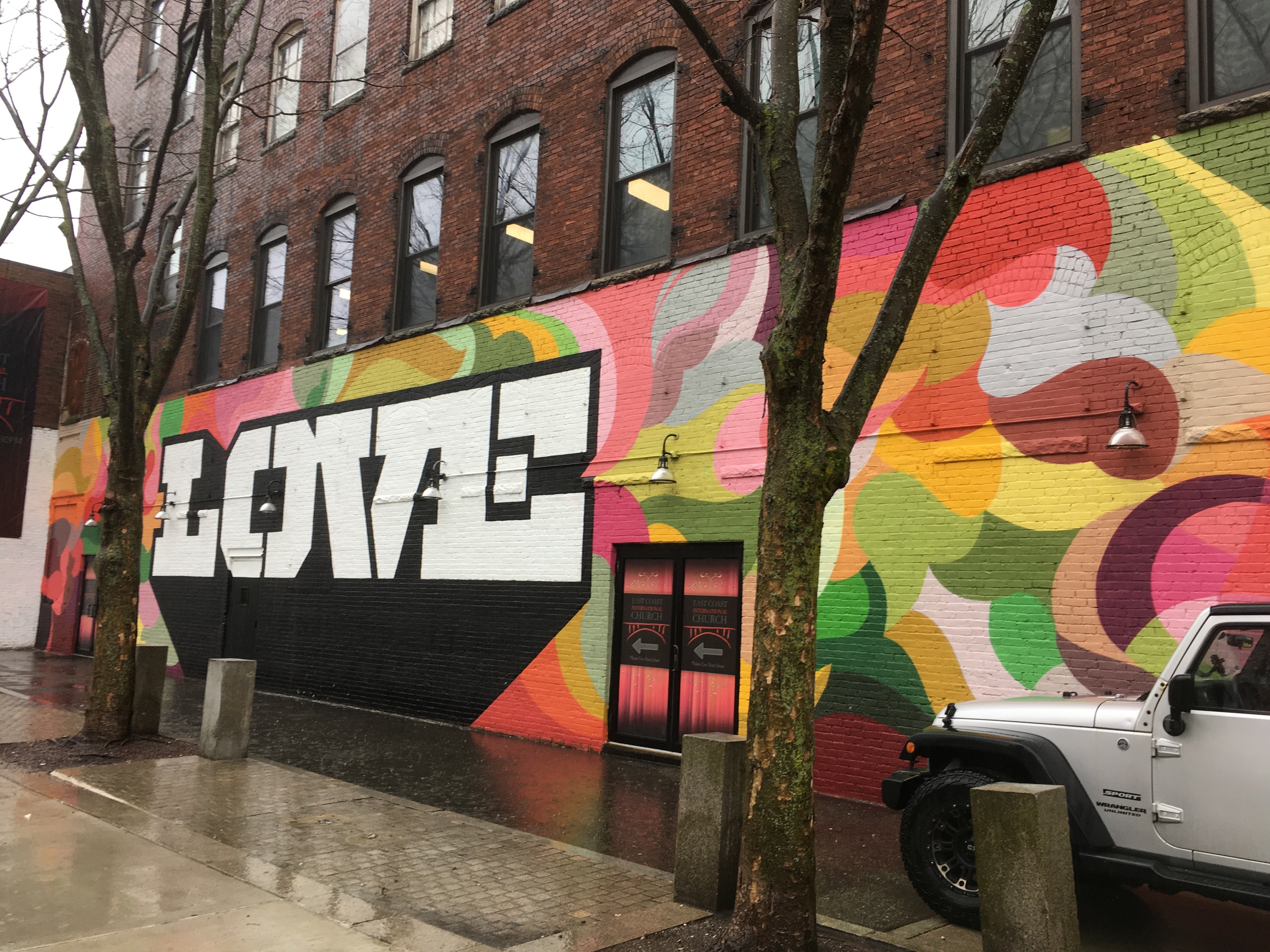 An unnamed mural by Cey Adams in Lynn. 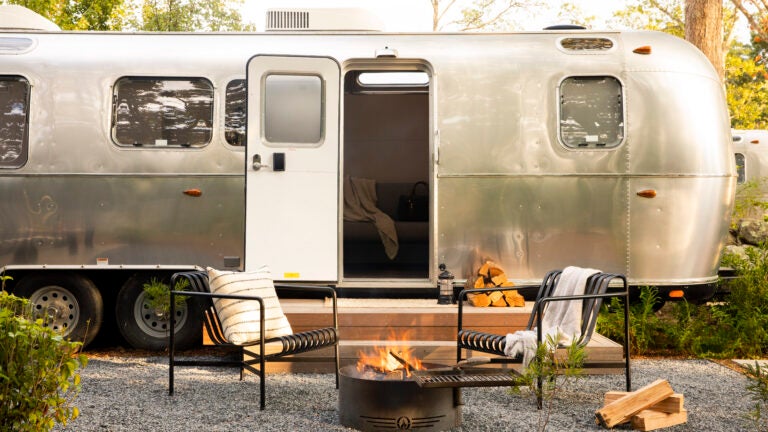