Nantucket is home to the best luxury hotel in America, according to Tripadvisor users.

“This has been a tough year for our industry, but the global desire to go and explore, whether the destination is an hour away or across the world, remains strong,” Lindsay Nelson, chief experience and brand officer for Tripadvisor, said in a statement.

Many New England hotels were recognized among this year’s hotel award winners.

When it comes to the best service, Lands End Inn in Provincetown ranked No. 14, followed by the Nantucket Hotel & Resort at No. 15 and the Residence Inn North Conway in North Conway, N.H., at No. 24. The top-ranked hotel on that list is the Morris Inn in South Bend, Ind.

The country’s No. 1 small hotel is Desert Riviera Hotel in Palm Springs, Calif.

Travelers looking for “dreamy stays that couples love,” according to Tripadvisor, should head to Provincetown or Jackson, N.H., since Lands End Inn in Provincetown ranked No. 7 and The Inn at Thorn Hill & Spa, Jackson, N.H., ranked No. 17 on the list of top 25 hotels for romance in the U.S. The No. 1 romantic hotel in the country is H2O Suites Hotel in Key West, Fla. The Boston Harbor Hotel was named one of the top luxury hotels in the U.S.

New England’s bed and breakfasts also fared well, with seven landing on the list of top 25 B&Bs and inns in the U.S., three of which are in Brewster:

Finally, travelers seeking a bargain will find three New England entries on the list of top 25 bargain hotels in the U.S., called “charming, friendly stays for budget-conscious travelers”: Mt. Madison Inn & Suites in Gorham, N.H., ranked No. 6; Edgewater Motel & Cottages in Bar Harbor, Maine, ranked No. 14; and Midway Motel in Eastham ranked No. 18. The top bargain in the country is The Trails Inn in Eureka Springs, Ark.

The hotel winners were determined based on traveler reviews and ratings posted to TripAdvisor by users over a 12-month period.

View all of the 2020 Travelers’ Choice Awards. 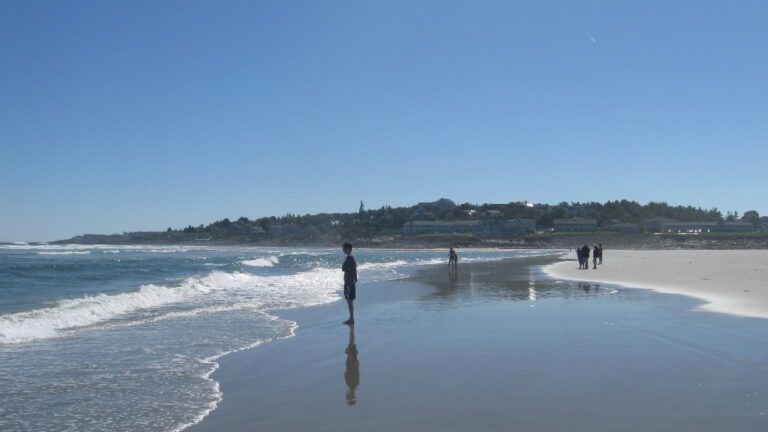 These 2 New England beaches just ranked among the best in the U.S.