Public transportation services across Cape Cod were hit hard earlier this year due to the coronavirus pandemic, but ridership is slowly increasing, officials reported during a Cape Cod Reopening Task Force press conference on Thursday.

“Our ridership has recently been ticking up slowly,” said Thomas Cahir, administrator of the Cape Cod Regional Transit Authority.

“Our fixed route and Dial-A-Ride services are still about 65 percent below our typical ridership,” he said. “Over the last several weeks, we’ve been carrying about 8,000 people per week. And the same weeks in previous years, it was about 21,000 to 22,000. So we’re still seeing a significant reduction in public transit.”

Cahir said his team has worked hard to provide a safe experience for riders.

“We’ve really been trying to get the message out that all of our services are very safe,” he said. “We sanitize all of our facilities and vehicles every day and do the best we can to make everything safe.”

The Cape Flyer seasonal train is operating at “about 65 percent the norm from the previous year,” he said. The service ends on Labor Day.

“I think people are still more comfortable in their own vehicles,” Cahir said. “And that’s why we see a lot of cars across the Cape. But public transit is slowly ticking up again, and I’m hopeful that, going forward, things will get better.”

“Typically the fall is a busy time for us as well, with the shoulder season,” Davis said. “We’re hopeful that that will ring true this year. We want to continue to do what we can to make sure that our crews, our employees, as well as our passengers, are safe.”

Mike Glasfeld, owner of Bay State Cruise Company, which operates ferries from Boston to Provincetown, said he’s now at about 35 percent of the ridership last year, noting that the season started nearly a month later than usual. As with the Cape Flyer seasonal train service, folks can choose to drive the route, he said.

“There’s probably no coincidence that the automobile dealerships are saying this is the best year ever as people who maybe didn’t want to ever have a car have chosen to have a car and keep off the MBTA, keep off the rail, and, in our case, keep off the ferries as well,” he said. “But we see this as a short-term problem.”

Wendy Northcross, CEO of the Cape Cod Chamber of Commerce, said the upcoming sales tax holiday on Aug. 29-30 is “kind of an important weekend for the Cape” and an excellent reason to visit the area.

“It’s really important for us, as Massachusetts residents, to go into our community stores, our community restaurants,” she said. “Try to support our local economy.” 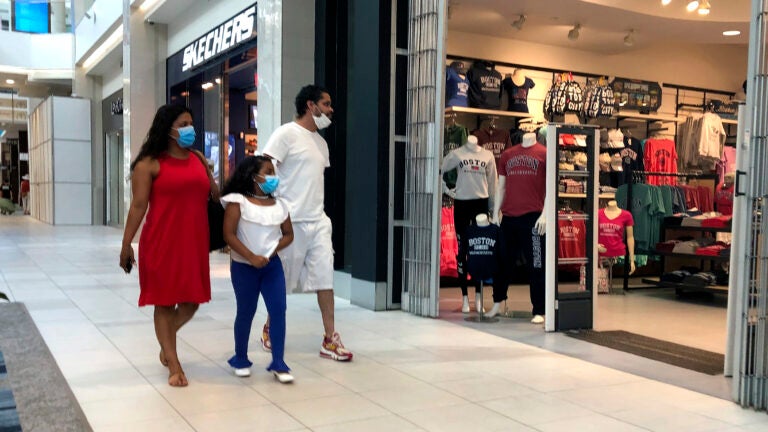 What to know about the 2020 sales tax holiday in Massachusetts