Thrillist named the creepiest place to visit in every state for travelers looking to “embrace the Halloween spirit,” and a New England cemetery, state park, and several hotels made the list.

“Every state has its own urban legends and places where only the brave tread,” wrote Thrillist. “We’re talking old mental hospitals, valleys filled by ghosts, cemeteries, historic hotels — no matter what scares you, your state has a place to freak you out.”

Thrillist chose the Lizzie Borden Bed & Breakfast in Fall River as the creepiest spot in Massachusetts, writing the following:

In case you don’t remember the world’s most disturbing nursery rhyme, Lizzie Borden hacked up her parents with an axe back in 1892. And now, you can sleep at the delightful B&B/infamous crime scene where it all happened. On your visit, you’ll sleep at the Bordens’ home, eat their last meal (Johnnycakes and eggs), and sleep in the bedroom where the body of Lizzie’s stepmother was found.”

Three other New England businesses made the list: New Hampshire’s Mount Washington Hotel in Bretton Woods, where a ghost “appears in people’s photos as a hazy apparition, floats around the hallways, and is a regular fixture in room 314,” Connecticut’s Curtis House Inn in Woodbury (now the 1754 House), once featured on a reality show with Gordon Ramsay called “Hotel Hell,” and Rhode Island’s The White Horse Tavern in Newport, where a 1720s drifter once looking for a room was found dead the next day and “now chills by the fireplace,” according to Thrillist.

Two outdoor New England locales also made the list: Maine’s Mount Hope Cemetery in Bangor, where part of Stephen King’s 1989 movie “Pet Sematary” was filmed, and Vermont’s Lake Bomoseen State Park in Castleton, where there’s “a boatman that’s been spotted rowing across the tranquil lake, leaving no ripples in the water en route to a happy hour at a tavern that will never open,” according to Thrillist.

View the entire list of Thrillists’s creepiest place to visit in every state. 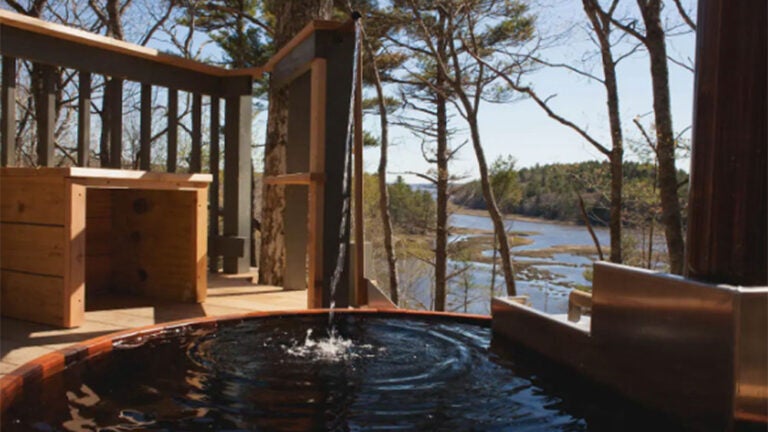