The scent of crushed apples and cinnamon-spiced doughnuts spilled out the open doorway of Cold Hollow Cider Mill in Waterbury Center, Vt., on a sunny afternoon in early October, swirling through a masked crowd of visitors and a display of orange pumpkins. Behind the cider mill, the forested hillside was bright with autumn leaves.

“This is something we’ve never seen before – such a beauty,” said traveler Darpan Chakraborty, who drove to Vermont from New York City with companion Rinki Saha. It was the pair’s first trip to Vermont, a destination they had chosen for very 2020 reasons: great scenery and low per-capita cases of coronavirus.

Vermont has the lowest per-capita cases of any U.S. state. No one is hospitalized with the virus there as of Thursday, according to the state’s health department. The most recent death was in July. When Anthony S. Fauci joined Gov. Phil Scott’s biweekly news conference last month, he mused that he’d like to bottle up Vermont’s success and take it to the rest of the country. “Vermont has done it correctly,” Fauci said.

For a state whose economy relies on tourist spending, that success in slowing the spread of the virus is an opportunity – a chance to recover income lost over the spring and summer.

“The numbers that we’re seeing in Vermont does make Vermont an attractive place for people to think about visiting,” said Heather Pelham, commissioner of the state’s Department of Tourism and Marketing. “So long as folks understand that when they come here, we have measures in place to keep all of us safe, we are more than happy to welcome them.”

It’s a welcome mat with a caveat: a mandatory 14-day self-quarantine for most visitors, the most stringent travel restriction in the continental United States. Only residents of counties in the Northeast with fewer than 400 active coronavirus cases per million may visit the state without quarantining, and only if they travel in a private vehicle. (No flying commercial.)

While it’s possible to shortcut the quarantine by taking a test after seven days, it presents a substantial hurdle if you don’t have a few weeks of vacation to spare. But a glimpse of fall colors was worth it to Chakraborty and Saha, who self-quarantined in New York City before traveling.

“It’s mandatory,” Chakraborty said. “We should all follow it, and it’s completely fine.” A view of Stowe Community Church in the ski village of Stowe, Vermont. The year-round activities at Stowe Mountain Resort are a major tourist draw.

When visitors check in at hotels and other lodging, they must sign a certificate of compliance stating that they have followed the rules. Even among the trickle of visitors outside Cold Hollow Cider Mill, though, adherence was patchy. In fact, Chakraborty and Saha were the only travelers I met who said they had quarantined.

Many more admitted they had come from out of state without regard to the restrictions. Anxious to travel once again, they came to Vermont from as far as Texas, Utah and Michigan, arriving by plane or car, then heading straight to sightseeing. Most travelers cited Vermont’s low number of cases as an important draw, saying the state’s success in containing the virus gave them ease of mind while vacationing.

Approaches vary among New England states. For example, Maine’s quarantine regulations offer exemptions for more places than Vermont does, but the state has a well-publicized sting: Noncompliance can bring a possible six-month jail sentence and a $1,000 fine. While penalties are possible in Vermont, too, the state’s messaging has instead leaned on education.

“The Governor and his team work regularly to emphasize the importance of compliance with our travel policies,” wrote Rebecca Kelley, communications director for Scott, in an emailed statement. “Our case data to date supports the approach we’re taking.”

But while numbers remain low, the state’s health authorities see safe travel policies as key to controlling the spread of the coronavirus. “Travel is one of the biggest susceptibility points any state has, including Vermont,” said Tracy Dolan, deputy commissioner of Vermont’s Department of Health. Vermont’s success in fighting the virus is the result of early stay-at-home orders, clear communication and science-informed policies, she said. But while daily case counts are carefully tracked on her department’s website, travelers’ compliance with the new rules is an unknown.

“We have no metrics on who’s following our quarantine guidance,” she said. And a perceived lack of compliance with, or ignorance of, travel regulations worries some in the hospitality industry, who are balancing their own families’ safety with the need to stay afloat through the pandemic. The main entrance of Cold Hollow Cider Mill in Waterbury Center, Vermont. Guests at hotels and other lodging must sign a certificate of compliance stating that they have followed the state’s coronavirus rules.

“For us, it’s been dead. It’s been awful,” said inn owner Linda Wolf. After Scott declared a state of emergency in mid-March, tourism evaporated across the state. Now, reservations at Wolf’s Burlington property, Made Inn Vermont, are hovering around 10 percent of normal occupancy rates.

She’s grateful for the return of tourists, if doubtful of the certificates of compliance they sign. “I’ll ask these questions, they’ll sign these papers, but you don’t know if it’s true,” Wolf said.

At times, a different story emerges within hours. “At the front desk they’ll say, ‘Yes, we quarantined. We drove,’ and then they’ll get a massage and tell their massage therapist they just flew in from New York City,” said Kathy Rivard, until recently the spa director at Topnotch Resort and Spa in Stowe. “The massage therapists have a lot of anxieties.”

Those massage therapists hold some of the 32,304 jobs supported by tourism in Vermont, according to 2017 data from the Vermont Tourism Research Center at the University of Vermont. That’s about 10 percent of the state’s workforce. “It’s incredibly important, not only to the economy, but to our culture,” VTRC director Lisa Chase said.

Some 13.1 million people visited the state in 2017, pouring 2.8 billion dollars into the economy, the VTRC found. It is too early to know just how much the tourism industry has been affected, but meals and room taxes – revenue drawn from restaurants and lodging – were down 39 percent in August 2020 when compared with the same month of the previous year.

Losing revenue from tourism could imperil some of Vermont’s most beloved institutions, which provide the kind of lifestyle perks that keep residents in a state that is frigid for half the year. “A lot of the amenities, whether it’s restaurants or fun things to do, outside or inside, are available because of the tourism industry,” Chase said.

That relationship is clear along the two-lane road that winds north from Cold Hollow Cider Mill into the ski village of Stowe. While year-round activities at Stowe Mountain Resort are a major draw, the valley floor has a wealth of craft breweries, farm-to-table restaurants and trail systems supported by travelers but prized by locals.

And from Stowe, Route 108 climbs toward the skyline, twisting under a canopy of bright-colored leaves that many travelers I spoke with cited as the primary draw when coming here. On that October day, the views were spectacular. Trailhead pullouts brimmed with vehicles bearing out-of-state license plates.

Then a late-afternoon squall blew across the surrounding peaks, rushing sightseers back to their cars. Gusts of dry leaves scudded across the parking lot. Shedding coats and rain-damp face masks, travelers from across the United States piled into cars and drove away, steering onward toward the next destination.

Smith is a writer based in Vermont. 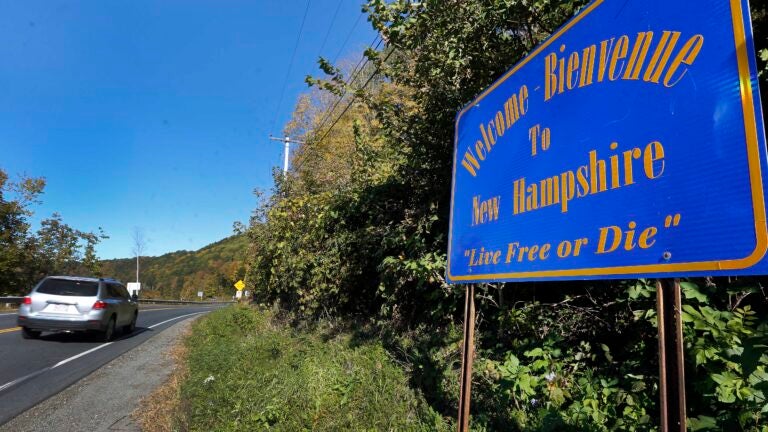