The New York-based carrier is launching a new Mint cabin this year, its version of business class which debuted in 2014. The overhaul includes 24 private suites with lie-flat seats and sliding doors as well as two “ultra-spacious” studios. The makeover was inspired by the popularity of the four private suites currently offered among the 16 seats in Mint, according to the airline.

“When you think about the Mint suites that are currently flying, those literally sell out in minutes,” Joanna Geraghty, president and chief operating officer of the airline, told The Boston Globe. “Clearly people are looking for more privacy, or they enjoy having room to spread out.”

Passengers can experience the new Mint cabin on JetBlue flights to London this summer, according to the company, and a 16-seat layout will debut on a limited number of flights between New York and Los Angeles this year.

JetBlue is launching transatlantic service later this year either out of Boston or New York, but not both as was originally planned, according to the Globe. 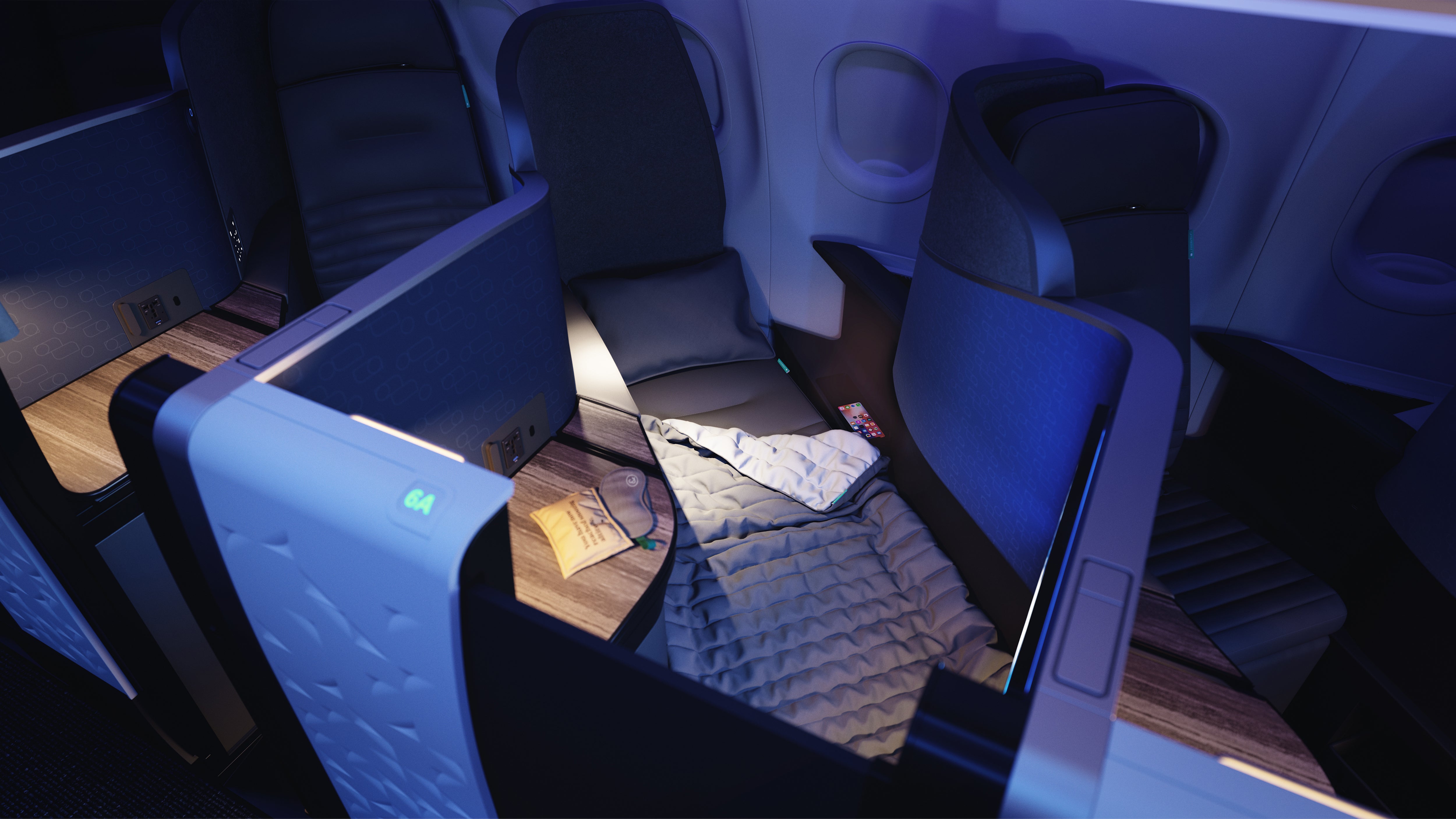 JetBlue calls its new Mint seat design “truly a bed in the sky.” The airline teamed up with mattress company Tuft & Needle and says every seat is layered with the company’s foam as well as a breathable cover “to create a cool and comfortable sleep experience unlike anything in the sky.” Sleep amenities include a convertible blanket with a built-in foot pocket, a memory foam-lined pillow with a pillowcase, and a “snooze kit” with matching eye mask and earplugs.

The Mint suites include a tilting 17-inch seatback screen, wireless charging capabilities, a phone ledge, in-seat power, and stowage for handbags, laptops, and shoes. The two Mint studios, located in the first row, offer “the most space in a premium experience from any U.S. airline,” according to JetBlue, with a 22-inch tilting seatback screen, extra side table, and guest seat. Touches that help passengers “feel at home in the air” include flannel-covered privacy dividers, concrete lampshades, woodgrain table patterns, mood lighting, and vegan leather-covered seats and headrests, according to the airline. JetBlue partnered with Acumen Design Associates for the redesign. 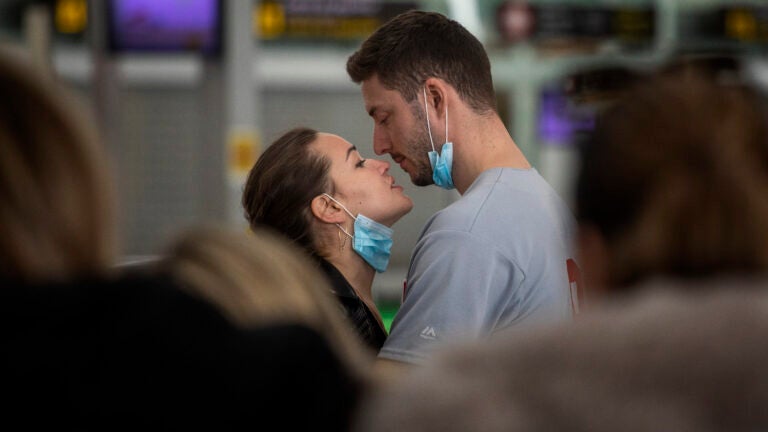