Aer Lingus is launching service between England and Boston, one of four new transatlantic nonstop routes to the U.S. and Caribbean.

The Dublin-based carrier will begin service between England’s Manchester Airport and New York, Orlando, and Barbados this year, and Boston next year, according to a company announcement on Wednesday.

The service between Logan International Airport and Manchester Airport is scheduled for the summer of 2022, according to the company. The other routes will start this summer and fall, with the carrier’s first-ever transatlantic trip between Manchester and the U.S. taking place on July 29 with flights to New York and Orlando. The third route to Barbados will launch on Oct. 20.

The New York and Boston routes will serve 58 onward destinations, including Las Vegas, Nashville, and Jamaica, according to the company, and passengers will be able to connect for the first time from Manchester to Dallas, San Jose, and Bermuda.

“Aer Lingus has been flying to North America for more than 60 years and we also have a proud history with Manchester Airport,” David Shepherd, chief commercial officer for Aer Lingus, said in a statement. “With so many people missing out on travel due to COVID-19 over the past year, Aer Lingus is delighted to be sharing this positive news today, announcing a great choice for customers and creating up to 120 jobs in the North of England.”

The flights to New York and Boston will be operated by the new single-aisle Airbus A321LR, and the company said it is the first airline to operate that aircraft on regular scheduled services between England and the U.S.

Services to “holiday hotspots” Orlando and Barbados will be operated by the larger Airbus A330-300 aircraft.

“These routes will be a great addition to the departure boards here at Manchester as we look forward to restarting international travel,” Karen Smart, managing director at Manchester Airport, said in a statement. “Pre-pandemic there were more than 5.5 million passengers who crossed the Atlantic each year via Manchester and so to be able to offer these services with a new carrier is great news.”

🏝😎 Barbados from 20 October (with great connections from Dublin, Cork & Belfast)

We can’t wait to see you on board ☘️ pic.twitter.com/Qv9HGmzOm8

Aer Lingus is one of the longest serving carriers at Manchester Airport and currently flies from Manchester to Dublin and Belfast, with flights to Cork scheduled to resume in the summer. 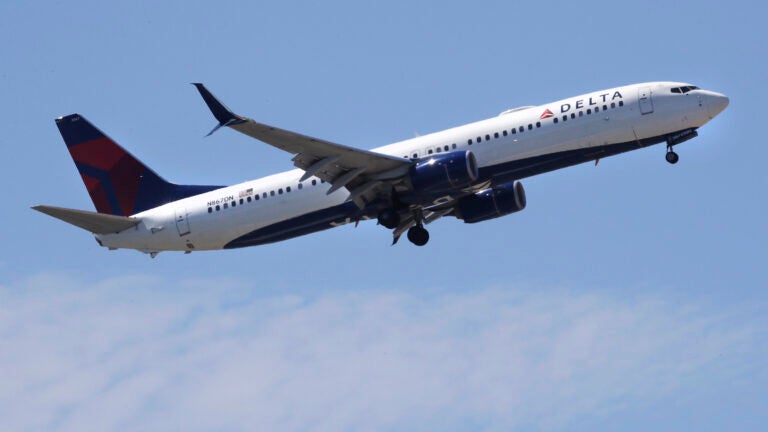 Delta is adding flights to popular leisure destinations this spring