Cape Cod’s vaccination rates and strict safety protocols make it one of the safest tourist regions in the nation, a Massachusetts state senator said Thursday.

“Cape Cod is leading the Commonwealth in vaccination rates, and Massachusetts is really among the leading states in vaccination rates,” said state Sen. Julian Cyr, who represents Cape Cod, Nantucket, and Martha’s Vineyard, during a Cape Cod COVID-19 Response Task Force press conference on Thursday. “Unlike other tourist destinations in the United States, Cape Cod has adhered to strict safety protocols throughout the pandemic. Yes, that’s been a long and hard road. But I think we are clearly emerging prepared for the summer.”

“As a result of the very strong and impressive vaccination rates that we have across the region, the Cape and the islands are in a very strong position and, I believe, are well prepared to be a safe destination — perhaps among the safest tourist regions in the nation — for tourists and for workers in the upcoming season,” Cyr said.

Cyr’s goal is to vaccinate 75 percent of the population by Memorial Day, just in time for what’s expected to be “a banner summer season,” as Cyr put it earlier this month.

“I didn’t think we would be even close to saying we could hit 60 percent of our population vaccinated, let alone 75 percent,” Cyr said. “So this is good news. We’re really overdelivering what we thought would be possible here.”

Cyr said the vaccines are helping with a wave of COVID-19 cases this spring, the third wave to hit the Cape since the pandemic began.

“This third wave was less deadly than the prior two, and that’s really because of our success with vaccination, particularly with the older population,” Cyr said. “So this is why having further vaccination, continuing testing, is so important.”

The following communities are currently in the highest risk category for COVID-19, Cyr said: Brewster, Harwich, Dennis, Yarmouth, Nantucket, and three towns on Martha’s Vineyard. Health agents have been working to get people tested and control the numbers in high risk areas, according to Sean O’Brien of the Barnstable County Department of Health and the Environment earlier this month.

“So a reminder that we need to continue to be vigilant,” Cyr said. “So this is why we’re asking people to continue to wash their hands, maintain six feet of physical distance, avoid large gatherings, wear a mask that covers one’s nose and mouth, particularly in indoor environments or when you are outdoors and you can’t be apart from others, and get tested if you believe you’ve been exposed.”

Cyr said there were concerns about the vaccine supply on Martha’s Vineyard and Nantucket, but the locations have since received vaccine shipments to help meet the demand and the situation continues to be monitored.

Individuals shouldn’t let their guard down once vaccinated, he said.

“We’re delighted you’ve done so, but please continue to wear a mask and follow recommended safety protocols until we can get everyone vaccinated,” he said.

The region’s “vigilance and preparedness” was a big factor in the Cape’s success during the summer 2020 season, Cyr said.

“We were able to have quite a number of people here in the summer season, although we did have to make a lot of changes,” he said.

More guidelines about this summer season will be released at a later date, he said. 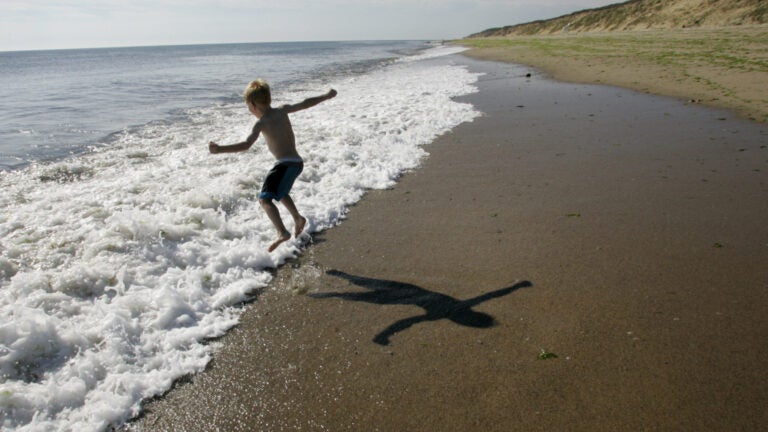 Officials expect Cape Cod to have a 'banner summer season'