On Friday, USA Today released a list of the 10 best destinations for fall foliage in the U.S. as part of its 2021 10Best Reader’s Choice Awards. The White Mountains in New Hampshire ranked No. 1.

Here’s what USA Today wrote about the White Mountains:

“The annual display of fall color in the White Mountains of New Hampshire typically takes place each September and October, attracting millions of visitors from around the globe. One of the best places to take it all in is along the 34-mile Kancamagus Highway as it cuts through White Mountain National Forest.”

Another New England fall foliage destination made the list: Stowe, Vermont, ranked No. 9.

Among the 10 best apple orchards, Tougas Family Farm in Northborough ranked No. 10. No. 1 was Beak and Skiff Apple Orchards in LaFayette, N.Y.

For the 10 best corn mazes, Treworgy Family Orchards in Levant, Maine, ranked No. 2. No. 1 was Devine’s Corn Maze & Pumpkin Patch in Harrodsburg, Ky.

Several spooky New England destinations impressed USA readers as well. Among the 10 best ghost tours, Nightly Spirits, which has multiple locations including in Boston, ranked No. 1. Black Cat Tours in Salem ranked No. 4, and Bar Harbor Ghost Tours in Bar Harbor, Maine, ranked No. 6 on that list.

Boxaroo in Boston ranked No. 2 among the 10 best escape rooms. No. 1 was Clue Carre in New Orleans.

Among the 10 best haunted attractions, Haunted Overload in Lee, N.H., ranked No. 5. No. 1 was Cutting Edge Haunted House in Fort Worth, Texas.

And, finally, among the 10 best haunted destinations, Wood Island Lighthouse in Beddeford, Maine, ranked No. 6. No. 1 was Zak Bagans’ The Haunted Museum in Las Vegas.

View the entire list of 10 best destinations for fall foliage in the U.S. 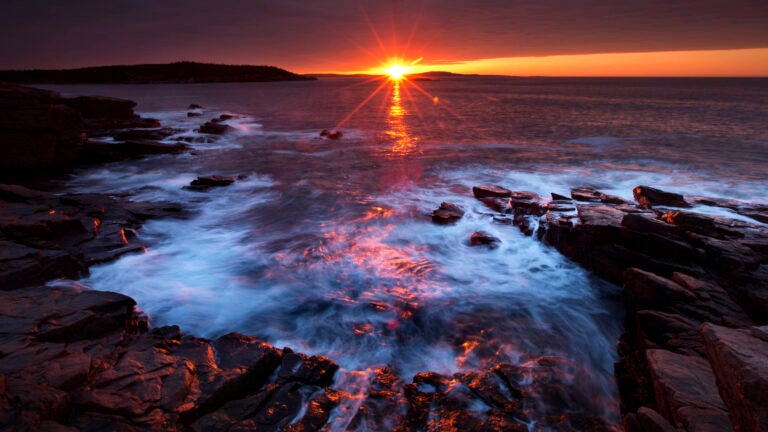