City and town clerks across Massachusetts are sharing their favorite places to go for culture, nature, and relaxation in the communities they know so well. Do you want to see your favorite city or town featured? Let us know in the survey below or email [email protected].

Julie Smith, a lifelong resident of Chatham and town clerk for 22 years, said her town’s waterfront is unique.

“We are surrounded by water on three sides,” said Smith. “We are as close as you can get to an island without being an island.”

Chatham has 66 miles of coastline, which she said “is quite a bit for a small town.”

However, the town’s offerings go far beyond its beautiful waterfronts, Smith said, with 1,000 acres of conservation land and rich opportunities in the arts. Chatham was recently named among the 15 best small towns to visit in 2022 by Smithsonian magazine.

“We have an amazing downtown area, a really walkable Main Street with tons of shops and restaurants,” Smith said.

Ahead, Smith offers her picks for what to see and do in Chatham.

Smith’s favorite beach in town is Harding’s Beach, which she called one of the most family-friendly beaches on the Cape due to its ample parking, restrooms, lifeguard stations, food trucks, and warm, calm water on Nantucket Sound.

“It also has beautiful sunsets,” said Smith. “I’ll go down with my camera, and I’m not alone. There’s quite a few people there taking pictures of that beautiful sunset.”

The beach offers a great view of Stage Harbor Lighthouse, also called Harding’s Beach Lighthouse. Built in 1880 and billed as the youngest lighthouse on the Cape, it is a privately-owned lighthouse and not available for tours.

Another popular spot is Chatham Lighthouse Beach, the largest beach in town, where guests can view the scenic Chatham Lighthouse, the town’s iconic landmark. The lighthouse is occasionally open for tours during the summer months.

Visitors can watch fishermen bring in the day’s catch from an observation deck at the historic Chatham Fish Pier, Smith said. It is her favorite family-friendly activity in town.

“People enjoy seeing that,” she said. “It’s not something they can see at home.”

Boats arrive daily between 10 a.m. and 4 p.m., and hungry visitors can watch while eating lobster rolls, fish & chips, and steamed clams from the Chatham Pier Fish Market, open daily from 10 a.m. to 7 p.m.

“You can have a seat at the picnic table and have a fresh seafood meal,” she said.

Here is the market’s menu.

Art lovers will find plenty to do at the busy Creative Arts Center, a nonprofit organization established in 1969 that offers painting, drawing, pottery, and jewelry classes, Smith said.

Smith also loves meeting friends for a movie at the Chatham Orpheum Theater, which originally opened in 1916.

Chase Park, which features a historic windmill, labyrinth, bowling green, and picnic tables, is a great place for an afternoon stroll or picnic, Smith said.

“It’s just a really historical, beautiful area,” she said. “It was restored in 2012 so it’s in lovely condition.”

Guests can take free tours of the Godfrey Windmill, built in 1797. The windmill, which is on the National Register of Historic Places, is open for tours on Mondays, Wednesdays, and Fridays between July 1 and Sept. 2 from 11 a.m. to 3 p.m.

“They have guides who demonstrate the workings of the grist mill,” Smith said.

The Chatham Labyrinth is a replica of the labyrinth at Chartres Cathedral in France and a gift by the clergy of the local churches in honor of the town’s 300th anniversary.

“Its a beautiful place!!” wrote @aledealfaro. “Love it… I’m from Guatemala and been there two times… lighthouse, shopping, eating delicious food, walking around.”

“It’s perfectly located to get to either part of the Cape and I love the lighthouse,” wrote @katken5585.

Ducks in the Window — @stasya_eremina 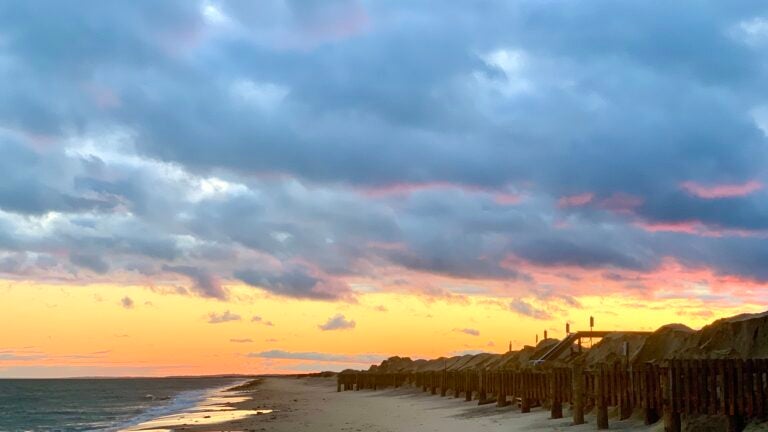 5 things to do when visiting Mashpee