The publication released its first fall foliage forecast this week, with Salge predicting “a beautiful and classic show.”

In 2020, the foliage was “abrupt, super fast, super bright, and then gone,” Salge said.

In contrast, the 2021 season will be on-time to trending toward late, Salge said.

“We think it’s going to be a longer season,” he said. “Maybe not quite as bright, but what it lacks in punch, it will hopefully make up for in duration.”

Trees hold onto their leaves longer in wet, warm weather, he said.

However, in northern New England near the Canadian border, it will be a different story, Salge said, where the area’s dry weather will once again bring an “early, quick, and bright” season that concludes by the end of September.

Wetland areas across New England are already turning color, Salge said, especially the red maples. But there will be plenty of time to plan your fall excursions this year, he said.

Folks can follow Yankee magazine’s peak foliage map as they plan their fall activities, he said.

“This is a good year to go kayaking in a lot of back channels, a lot of rivers, a lot of lowlands, in September,” he said. “It will just be beautiful.”

There’s nothing quite like fall in New England, Salge said.

“Our normal climate brings about some of the best fall colors on the planet,” Salge said. “Also, there’s a whole celebration of autumn up here. Not only are you driving around and seeing leaves, but there’s festivals and fairs and orchards and cider doughnuts and pumpkin patches. Those are the type of things that make New England special. It’s beautiful but it’s also cultural.” 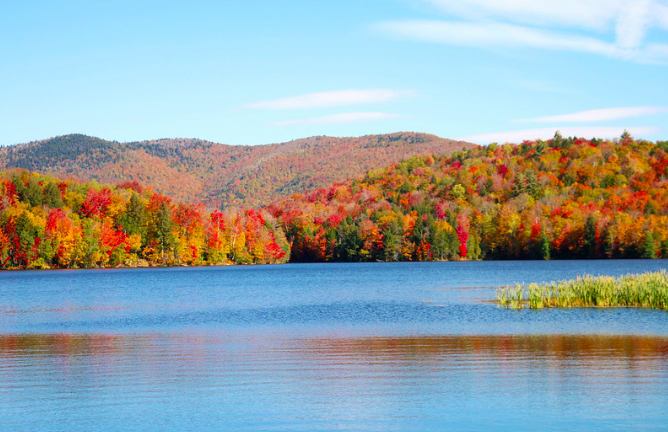