Two former Pembroke High School hockey stars who were killed in a car crash last weekend were mourned by family and friends in a joint service Saturday morning.

“The death of these two wonderful young men at the beginning of their lives wrenches us,” the Rev. Joseph S. McCarthy told the crowd of mourners, each group separated by a row of pews. “It breaks our hearts.”

People wearing jerseys and carrying hockey sticks lined the roads on the way to St. Thecla’s Church in Pembroke where a funeral Mass was said for Joseph Birolini and William Hickey late Saturday morning.

With attendance limited due to COVID-19 restrictions, more than 900 watched the service on a livestream.

Birolini, of Hanson, and Hickey, of Pembroke, both 23, were killed in an early morning crash on April 17. Speed and inclement weather are believed to be factors in the crash, Plymouth District Attorney Timothy Cruz said. 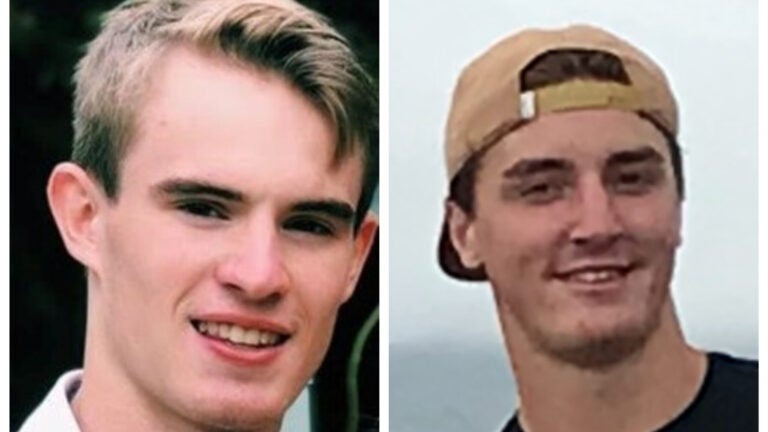 Read the obituaries for Joseph Birolini and William Hickey, the two Pembroke High graduates killed in a crash