They’re gonna do it.

Gov. Charlie Baker’s administration announced Friday afternoon that they’re committing to build a “long-awaited” bicycle and pedestrian bridge across the Mystic River from Somerville’s Assembly Square to the Encore casino in Everett.

State officials say they expect to finish the permitting and design process next summer, with the construction of the nearly 800-foot bridge to begin in 2024.

The project is expected to cost nearly $49 million in total, including $37 million for the bridge itself and another $12 million to expand the Assembly MBTA station’s northern headhouse. The expansion is necessary so that pedestrians can get to the riverside of the Orange Line tracks where the Somerville-end of the bridge connects.

Baker said Friday that the state is pursuing federal funds. In July, they applied for a $25 million grant. But that “whatever we don’t get from them, we’re gonna fund,” Baker said. Earlier this month, the Massachusetts Gaming Commission committed $650,000 to finish the design and permitting phase of the project.

Importantly, the bridge would provide access to more than just the casino.

It would also provide a direct link to the Orange Line for residents of Everett, which has been without an MBTA station since 1975.

“I am just totally overwhelmed to be here and to finally get some access to a T station that we so rightfully deserve,” Everett Mayor Carlo DeMaria said Friday.

DeMaria noted that Everett has plans to further develop its traditionally industrial riverfront with lab space, housing, hotels, and restaurants. The area is also often floated as a potential site for a soccer stadium for the New England Revolution.

In a statement, Baker noted the project has been “long-awaited.”

It was first floated in 2009 — well before the Encore casino — by a Department of Conservation and Recreation study that found it was the best option for a Mystic River crossing to reconnect communities divided by highways, high-speed roads, and water.

Formally proposed as a result of the study, the bridge will be approximately 12 feet wide, 785 feet long, and as high as 35 feet above the water, and will include lighting, signage, and benches along its entire length, officials said Friday.

State officials estimate that approximately 2,300 pedestrians and more than 350 bicyclists would use the bridge on a daily basis. It would also connect the 11.5-mile Northern Strand bike trail up the North Shore to Lynn with the existing Mystic River and Malden River bike trails.

Of the 111,000 people that live within a half-mile of the Northern Strand, officials say that 96,000 —or 86% — are in neighborhoods that meet at least one Environmental Justice Criteria, meaning they’re disproportionately lower-income, people of color, or lack English language proficiency.

Of course, it will also make it a bit easier for some residents to get to the casino.

Kathleen Theoharides, the state’s energy and environmental affairs secretary, noted that it had taken her an additional 25 minutes to get to the casino Friday for the press conference after missing an exit.

“I can tell you, navigating the roads in here, it’s certainly a great option,” Theoharides said of the bridge, “compared to taking a vehicle around this area.”

Encore officials had even suggested before the COVID-19 pandemic that they’d help fund the project. DeMaria said in 2019 that Encore was willing to foot up to $25 million. However, Rosie Abrams, a spokeswoman for the casino, said Friday that while Encore “has already paid for much of the design work,” their current understanding is that “construction funding will come from other sources.” 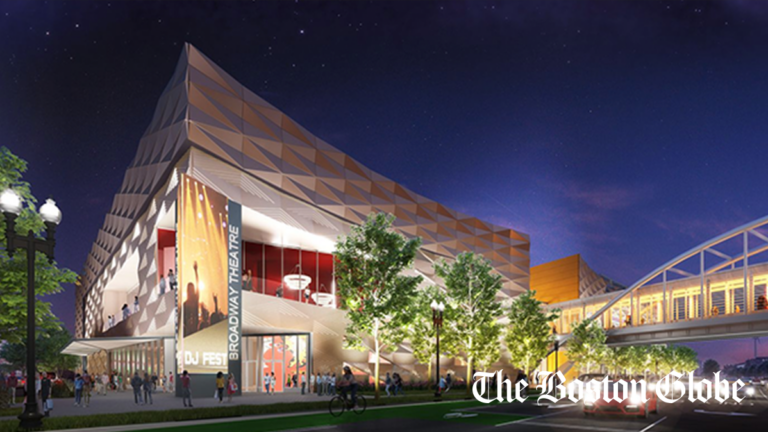