KEENE, N.H. – Don Bolduc, a 60-year-old retired Army general and ultraconservative, was not the Republican establishment’s first choice to face off against vulnerable Democratic Sen. Maggie Hassan in this purple state. He wasn’t even their second.

But after the outsider candidate emerged victorious from the last-in-the-nation primary last month, local Republicans have embraced Bolduc and GOP super PACs are pouring millions into advertisements to boost him. Their bet is that Bolduc – who during the primary repeatedly falsely claimed that Donald Trump won the 2020 election and expressed openness to abolishing the FBI – can de-emphasize his more fringe positions and win over New Hampshire’s independent-minded voters.

“I’m called an extremist,” Bolduc acknowledged at a town hall event here on Tuesday evening, where he chatted with voters as his black German Shepherd service dog, Victor, shadowed him around the room. “I’m [called] too extreme for New Hampshire. And I have to ask myself, ‘How could that be?’ ” He argued his support for “God-given rights” in the Constitution should not be considered radical.

With just five weeks left until Election Day, Bolduc has attempted to walk back some of his earlier stances, telling Fox News that with the benefit of more “research” he realized that the 2020 election was not stolen and President Biden is the legitimate winner. But he’s had trouble sticking to that pivot, telling a voter in a town hall in Hudson on Monday that he doesn’t have enough “information” to say whether the election was stolen or not, according to the Associated Press. But in an interview with The Washington Post on Tuesday, he again stated that he does not believe the election was stolen and that, “Biden is the legal president of the United States.”

Bolduc’s candidacy is a test of whether deep dissatisfaction over inflation and the economy will overpower Granite State voters’ tendency to support more moderate, buttoned-up candidates of both parties for higher office. The two Republican House candidates here are also targeting Democratic incumbents after a harder-right, Trump-aligned message won them their primaries.

“New Hampshire has always preferred candidates who are not on either wing,” said Kathy Sullivan, the state’s former Democratic Party chair. “That’s one of the problems Bolduc has – he is seen as being part of that extreme Republican base as opposed to that more traditional Republican – like a [former governor] Judd Gregg type.”

If Bolduc can pull off the pivot, it would be a welcome development for Republicans, whose path to Senate control appeared shakier this week after Georgia candidate Herschel Walker was accused of paying for a woman’s abortion, causing his son to unleash a wave of criticism of Walker online.

“Right now it looks like the road to Senate majority in Washington, D.C., comes through New Hampshire,” Bolduc said on Tuesday to cheers.

Republicans have been hoping to flip Senate seats in Nevada and Georgia, while holding onto their seats in the battlegrounds of Wisconsin, Pennsylvania and North Carolina, to gain a majority next year. But New Hampshire is also still considered in play – if something of a long shot.

Republican groups spent millions of dollars to prevent Bolduc from winning the primary. But after he won, the Senate Leadership Fund, a super PAC aligned with Sen. Mitch McConnell (R-Ky.), maintained its plan to spend $23 million in reserved airtime in the race. The National Republican Senatorial Committee also has more than $5 million in airtime reserved. Republican-aligned groups have outspent Democratic-aligned ones in the state since September, according to the firm AdImpact. Still, Hassan had a massive head start in advertising and, as a candidate, pays lower rates than super PACs for ads.

Republican strategists say Bolduc has a path to victory, even though it’s a tougher one than a more mainstream Republican would have faced. The state’s independents, who make up the largest chunk of voters, often defy political predictions.

“New Hampshire is very much a checks-and-balances type state, be different for the sake of being different,” said Brent Buchanan, president of Cygnal, a Republican polling firm.

Democratic groups spent millions during the primary to boost Bolduc, who they saw as the weakest challenger for Hassan. But Hassan’s campaign manager Aaron Jacobs sounded the alarm in an email to donors last week, where he stressed that the political environment remains “very challenging” for Democrats.

“In many ways, our campaign is dealing with the worst of both worlds: while many Democrats are not taking Don Bolduc seriously, national Republicans are spending tens of millions on his behalf,” he wrote in the email, which was first published by Axios.

Hassan won in 2016 by just 1,017 votes, and polls show her favorability rating under water as many voters fret about the economy and want a change. Bolduc, however, also has negative favorability ratings in the latest University of New Hampshire poll, where he trails Hassan overall by eight percentage points.

“The reason Don Bolduc has a shot is: Maggie Hassan is so bad,” said Dave Carney, a New Hampshire political strategist who worked on Republican state Sen. Chuck Morse’s rival campaign in the primary. “This race is eminently winnable.”

New Hampshire’s electorate plays to the GOP’s demographic strengths, with many independent-minded White male voters. And Bolduc’s focus on retail politics could pay off in a small state where many voters like to meet candidates personally. Bolduc could also benefit from sharing the ballot with Chris Sununu, the popular Republican governor who’s expected to get overwhelmingly reelected.

Bolduc has called Sununu a “sympathizer” of the Chinese Communist Party, while Sununu dismissed Bolduc as a conspiracy theorist. But at a party unity breakfast shortly after the primary, the governor literally embraced Bolduc, and later called him an “amazing individual.”

“People like me that were supporters of Senator Morse are all in for the General,” said Jeb Bradley, the Republican majority leader of the New Hampshire Senate.

No one is more surprised by the party apparatus sticking by him than Bolduc. “I didn’t know what was going to happen,” Bolduc said in a brief interview after the town hall. He joked that Sununu’s embrace was “the hug heard around the world” and said he’s “grateful” for the ads from the McConnell-aligned super PAC, given he did not have the funds to run his own.

The candidate, who raised little money during the primary, only recently was able to purchase his first TV ad, where he emphasizes his military service. His campaign said he raised nearly $850,000 in the two weeks after the primary.

Bolduc says he’s focused on gaining the trust of the state’s independent base in the race’s final weeks, as well as making the case that Hassan has failed as a senator.

Some of that work has involved moderating his more extreme positions, including his earlier commitment to never vote against “pro-life” initiatives, which raised questions about whether he would vote for a national abortion ban – an unpopular position in a state where most voters support abortion rights.

There were signs at the town hall that voters were worried about Bolduc’s shifting positions. One pointed out he’s getting “hammered on the abortion issue” in ads that suggest he wants to ban the procedure and asked him to explain his position. (Bolduc responded that he believed abortion should be left to the state to decide. In New Hampshire, the procedure is allowed until 24 weeks.) Another voter asked whether he wanted to privatize Medicare, which Bolduc floated as a possibility in the past. He said he wants to “reform” it and has denied he ever wanted to privatize the program.

In his stump speech, Bolduc emphasized that New Hampshire residents are facing skyrocketing prices, and some will be forced to choose between “heating and eating” in the upcoming winter due to fuel prices. He vowed to “start kicking some butt” in the “swamp” of Washington in his remarks, while also echoing some of the former president’s “America First” foreign policy.

“We are not the Bank of Ukraine,” he said to applause, while opposing more federal aid to that nation as they fight off a Russian invasion.

But even with his new, slightly toned down persona, Bolduc edged into conspiracy. He repeated a debunked claim that miscarriages and stillbirths increased “300 percent” after vaccination from covid-19 in pregnant women, before a voter told him he believed vaccines were part of a global plot.

His supporters, who often refer to the candidate simply as “the general,” praised Bolduc for being an outsider to politics and for his military experience. A few even said he reminded them of Trump. One woman brought a birthday gift of patriotic-themed bones for Bolduc’s service dog, who the candidate uses for his PTSD and traumatic brain injury, and to de-stigmatize the use of service dogs for other veterans.

“I feel like people who go to Washington or work in Congress should have a military background, should have a working knowledge of our Constitution,” said Helen Poisson, 71, who said her husband is a Vietnam veteran.

Kelly Westmoreland, who found out about Bolduc when she heard him give an interview on a podcast hosted by a QAnon personality, last month, said she was attracted to a core piece of Bolduc’s message.

“Government shouldn’t have as much control,” she said.

Richard Merkt, the chair of the Cheshire County Republican Party, said Bolduc has a good chance of winning if the focus stays on Hassan and the Biden administration’s record on inflation and border policy. “If on the other hand, she’s successful in painting him as a right wing ogre, she may succeed,” he said.

Carney, the political strategist, bluntly said it’s “crazy” for Bolduc to talk about anything other than Hassan’s record for the next five weeks.

Bolduc dismissed concerns that he is not moderate enough to win an election here.

“I’m wondering, what is a moderate?” he said in the interview. “What is that? ‘Oh we’re moderates. We want moderates.’ What’s moderate? I ask people that and nobody can give me an explanation on what a moderate is . . . Labels without definitions are very dangerous.” 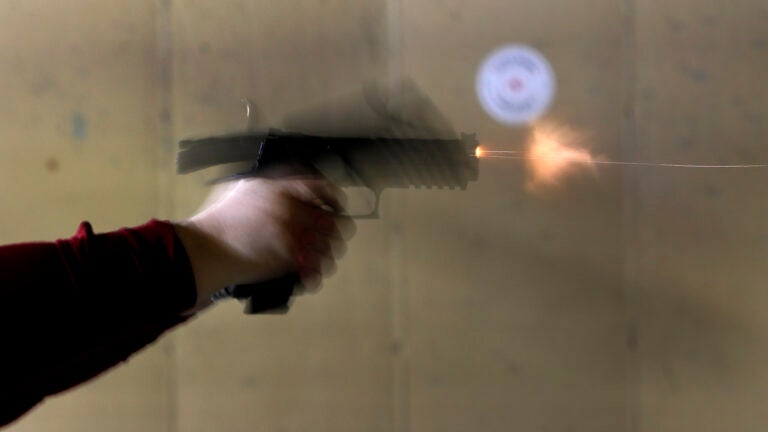