The United States on Wednesday recorded more than 100,000 new coronavirus cases in a single day for the first time since the pandemic began, bursting past a grim threshold even as the wave of infections engulfing the country shows no sign of receding.

The total count of new infections was at least 107,000, according to a New York Times database. Twenty-three states have recorded more cases in the past week than in any other seven-day stretch.

Five states — Colorado, Indiana, Maine, Minnesota and Nebraska — set single-day case records Wednesday. Cases were also mounting in the Mountain West and even in the Northeast, which over the summer seemed to be getting the virus under control.

North and South Dakota and Wisconsin have led the country for weeks in the number of new cases relative to their population. But other states have seen steep recent increases in the past 14 days.

Daily case reports in Minnesota, on average, have increased 102% over that time, while those in Indiana have risen 73%. For months, Maine had among the lowest levels of transmission anywhere in the country, but new cases there have more than tripled. In Wyoming, new cases are up 73%, while in Iowa they have more than doubled.

Deaths related to the coronavirus, which lag behind case reports, have increased 21% across the country in the past two weeks.

Hospitals in some areas are feeling the strain of surging caseloads. More than 50,000 people are currently hospitalized with COVID-19 across the country, according to the COVID Tracking Project, an increase of roughly 64% since the beginning of October.

Dr. Anthony S. Fauci, the country’s top infectious disease expert, predicted in June, when new cases were averaging roughly 42,000 a day, that the rate would eventually reach 100,000 a day if the pandemic were not brought under control. His blunt assessments of the country’s failure to control the virus drew attacks from Trump administration officials, including the president, who called him alarmist.

In an interview Friday, Fauci told The Washington Post that the country would most likely hit the 100,000 mark soon.

Fauci said that the country “could not possibly be positioned more poorly” as winter approaches and colder temperatures lead people to gather indoors.

And with the holiday season just weeks away, people will need to make tough decisions about how they will celebrate this year. As the virus spreads, holiday gatherings — traditionally indoors and drawing people who have traveled from other places — have the potential to become superspreader events.

When making holiday plans, the Centers for Disease Control and Prevention recommends considering the state of the virus in a particular area, including the areas where guests may be traveling from and the length of the event.

As states report new cases unevenly from day to day, seven-day averages are a more reliable gauge of trends than an individual day’s figures are. Wednesday was bad by that measure as well, with the seven-day average nearing 92,000, the highest since the pandemic began.

During the early days of the pandemic in March and April, U.S. testing was very limited, so it is not possible to say with certainty that the virus is spreading faster now than it did then.

But the pattern of infection has clearly changed.

Dr. Bill Hanage, an associate professor of epidemiology at Harvard’s T.H. Chan School of Public Health, said this week that while the surges in the spring and summer were concentrated in specific regions — the Northeast in the spring and the Sun Belt in the summer — the current one reflects transmission increases in nearly all parts of the country.

Hanage called Wednesday’s milestone “the completely foreseeable consequence of not taking pandemic management seriously.” And he said the country would see “hospitalizations and deaths increase in due course.”

“This is desperately concerning,” Hanage said, “because uncontrolled transmission will end up compromising health care, and in order to preserve it, we will almost certainly end up needing to take stronger action to prevent the worst outcomes.”

“Look to Europe to see the consequences of leaving it too late,” he said. “The longer you leave it, the harder it will be to control.” 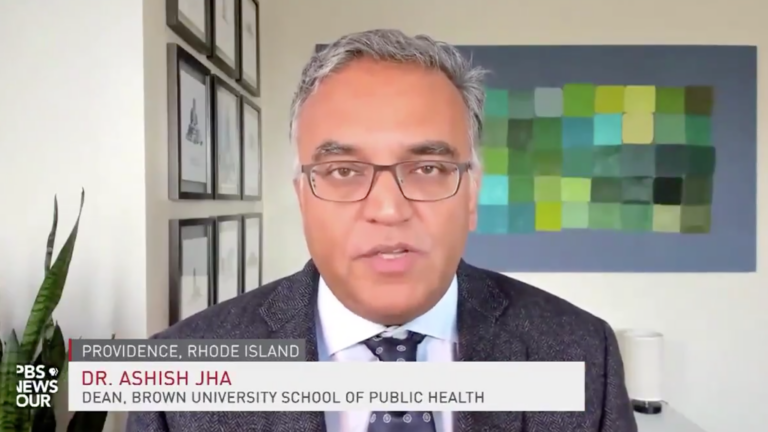