NASHVILLE, Tenn. — Mark Valentine knows that his brother Phil Valentine, a prominent conservative radio host who scoffed at the need to get vaccinated, has had a big impact on how his listeners have viewed the pandemic and their own response to it.

“The fact of the matter is a lot of people didn’t get the vaccine because he didn’t,” Mark Valentine said.

But after Phil Valentine was infected with COVID-19, was hospitalized in critical condition and he issued a statement advising others to get the vaccine, the news has divided his fans and critics — who continue to clash over Valentine’s culpability in his own illness and his influence on listeners who, like him, waved off the opportunity to get vaccinated.

Phil Valentine, who once wrote that he was not going to get the vaccine because his chances of dying from the virus were “way less than 1%,” is now hospitalized, attached to a ventilator at night, and to an oxygen mask during the day, so he can breathe.

Last month, Valentine performed a parody version of the Beatles’ song “Taxman,” called “Vaxman,” that seemed to mock vaccines. But then he announced his own diagnosis June 11, unfazed, saying he planned to return to his show within a day or two.

“Unfortunately for the haters out there, it looks like I’m going to make it,” he wrote.

But, less than two weeks later, his radio station, 99.7 WTN, announced that he had been hospitalized. He remains in critical condition, according to a Sunday afternoon update.

“Phil would like for his listeners to know that while he has never been an ‘anti-vaxer’ he regrets not being more vehemently ‘pro-vaccine’, and looks forward to being able to more vigorously advocate that position as soon as he is back on the air, which we all hope will be soon,” the station said.

Since news of his diagnosis broke, his family and website have received hundreds of messages across social media from fans sharing their support and also from critics, some of whom said he deserved to get sick.

The response is a microcosm of the continued debate over Americans’ divide as vaccine rates lag. Currently, 56.5% of people in the United States have received at least one dose and 48.9% are fully vaccinated, according to The New York Times database.

Joe Bonsall, a longtime friend of Valentine, said that he spent Sunday morning blocking hateful commenters on Twitter after his band, the Oak Ridge Boys, expressed its support on Twitter with the hashtag #PrayforPhil.

“There are people saying that Phil deserved this,” Bonsall said. “But nobody deserves this.”

Bonsall, who is conservative, is frustrated by how the vaccine has become a “political issue” for many people rather than a public health one. He said he got the vaccine as soon as he could get his hands on it because of the touring his band does. But his wife, along with other family members, refuse to get vaccinated until it receives full approval (the vaccines now have emergency-use approval) from the Food and Drug Administration.

“This is going to hurt people,” Bonsall said of people’s refusal to get vaccinated. “It’s already hurt Phil, too.”

But others say that it is not sufficient for Valentine, who also gained a following as a climate change denier, to advise listeners now to get the shot.

“This is an individual in a position of authority,” Phil Stokes, who commented on Mark Valentine’s social media posts updating his brother’s status and lives in Hamburg, New York. “On one hand, he has the authority to make decisions about his own health — but he was also putting himself and his audience at risk.”

Stokes said that he appreciated the comments from Valentine’s family about his shift to encouraging all to get vaccinated.

“Hopefully, we don’t need more high-profile people to get this sick,” Stokes said.

“That’s Phil Valentine’s ordeal to deal with — that’s his cross to bear, so to speak,” said a man who only gave his first name, Daniel, and said he lives in Lascassas, Tennessee, 40 miles south of Nashville.

“And that the family has come out — ‘just go get the shot,’ is what he said — well, no, I mean, I’m not that easily influenced by a radio talk show host.”

He said he still did not see a need to get vaccinated.

“I know that COVID is real; I know that people die from things like this,” he said. “But I just know that in my current situation I haven’t had the urge to either travel to where they require it, or just voluntarily go and get it.”

Valentine is one of 514 COVID-19 patients hospitalized in Tennessee, representing a 78% increase over the past two weeks, according to a New York Times database. In Davidson County, where Nashville is located, 56.5% of residents received at least one dose, while 48.9% are fully vaccinated.

Although Nashville’s vaccinated population is higher than the remainder of the state, it’s still not good enough, according to Alex Jahangir, a professor at the Vanderbilt University Medical Center and the head of Nashville’s COVID-19 Task Force.

He was hopeful that Valentine’s reported support of the vaccine could have an effect on others.

According to Mark Valentine, his brother’s diagnosis has already made an impact: Nearly a dozen listeners reached out to him saying that they went ahead and got the vaccine, he said. He said he also went to get a vaccine himself the day that his brother was admitted to the hospital.

“The Lord works in mysterious ways,” Mark Valentine said. “Maybe this happened so Phil could talk to people and make sure that more people don’t die.”
This article originally appeared in The New York Times. 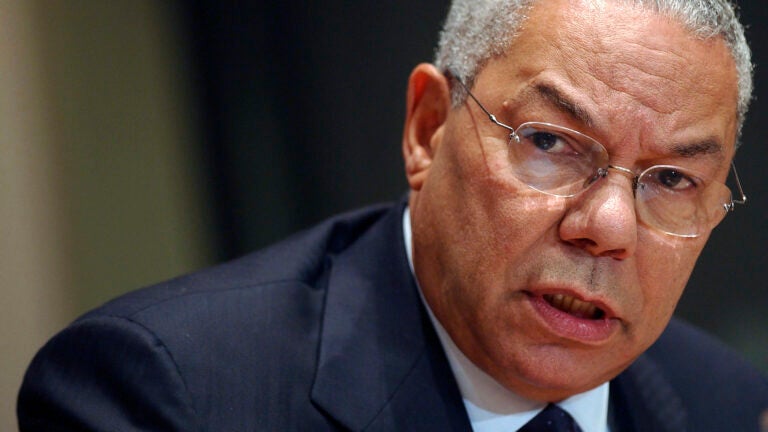