As Jorge Martinez, 41, stocked a refrigerator with milk in the back of Marcella Market in Roxbury, he heard the ding of someone opening the front door.

A customer, he thought.

Instead, Martinez felt a gun pressed to the back of his head. Then came a voice: “Get down.’’

He turned and saw a man with a handkerchief tied over his face, a black automatic rifle in his hands. Three men stood behind him.

At about 9:11 a.m. today, those four men held up the market and made off with about $200 in cash and packs of cigarillos, along with Martinez’s wallet and cellphone.

Martinez and his father-in-law, 64-year-old Alejandro Senises, who was also in the store at the time, were not injured during the robbery. They said they did not recognize the robbers, and were not able to get a good look at their appearance or what they were wearing. They only heard the robbers yell “Hurry up!’’ in Spanish.

“They threw me onto the floor,’’ said Senises, in Spanish. “I didn’t see who it was.’’ Martinez said he planned to turn over surveillance tape from the robbery to Boston police. The experience was alarming, Martinez said, but he has no qualms about reopening the store this afternoon after police finish investigating the scene.

“I’m not going to be scared,’’ he said, his hands jammed into his pockets, shrugging his shoulders. “It’s just something that happens when you are working in a store.’’

But Martinez’s wife, Delia Senice, 34, was not so stoic. She bought the market four months ago, she said, and believes that the robbery was a product of lax police surveillance. There is more tolerance for crime in Roxbury and Dorchester than in other parts of the city, she said.

“There needs to be more vigilance here from police,’’ she said in Spanish. “There’s a park next door. There are families here.’’ 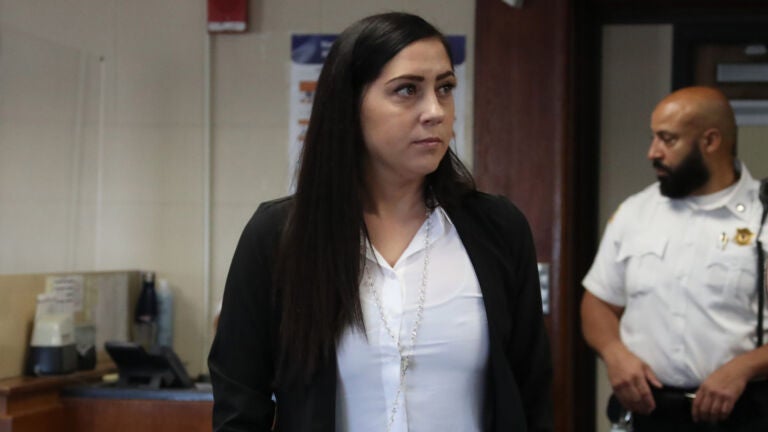