WASHINGTON — Vice President Joe Biden spent much of his day on Capitol Hill, listening to disgruntled Democrats who were queasy about the debt deal that the White House signed off on.

But he ended the day with a beaming smile, inviting an amputee to his house tomorrow for breakfast, and ruminating with reporters about an emotional moment that just occurred on the House floor: Representative Gabrielle Giffords returning to the chamber for the first time since she was shot in the head during a town hall meeting.

He then launched into several stories as secret service officers looked on, reporters crowded around, and lawmakers walked past.

“When I went up, she said, ‘Joe,’’ Biden recalled of his meeting with Giffords. “I said, ‘Now we’re both members of the Cracked Head Club.’ You know, I had two craniotomies. For real. They literally took the top of my head off. Twice. Now, the wags in Delaware, when the second operation occurred, wrote and said, ‘Well, it’s because they couldn’t find a brain the first time!’’’

“She and I just commiserated about the steps to recovery,’’ he added. “Hers, much more consequential. But it scares the living devil out of you when you’re recovering from a serious operation or injury to your head. But it comes back. And knowing people who’ve been through it and came back was helpful, for me anyway. You know what I mean?’’

He wouldn’t say whether there were plans for Giffords to go to the White House, but one thing he was certain of.

What does it say, he was asked, that this long rancorous debate over the debt limit ended on a such a warm note?

“Sure! I like Michele Bachmann. For real,’’ he said of the Minnesota Republican and one of the most strident critics of the administration. “We’re all standing there around and Michele walks up to see Gabby because she cares about her…There is a basic humanity here, man. It matters, between people. I know that sounds corny.’’

He then recalled what he said was one of the most emotional moments he ever saw. Hubert Humphrey, the former vice president and US senator from Minnesota, was dying of cancer and made an appearance on the Senate floor.

“He could hardly walk. He walked into the well,’’ Biden said, recounting a moment from more than three decades ago. “And Barry Goldwater got out of his seat, hugged him in the well, and the both embraced each other for a good three minutes, crying. These were arch, arch, arch ideological enemies. There’s a lot of humanity left here.’’

Biden then made his way to the elevators. 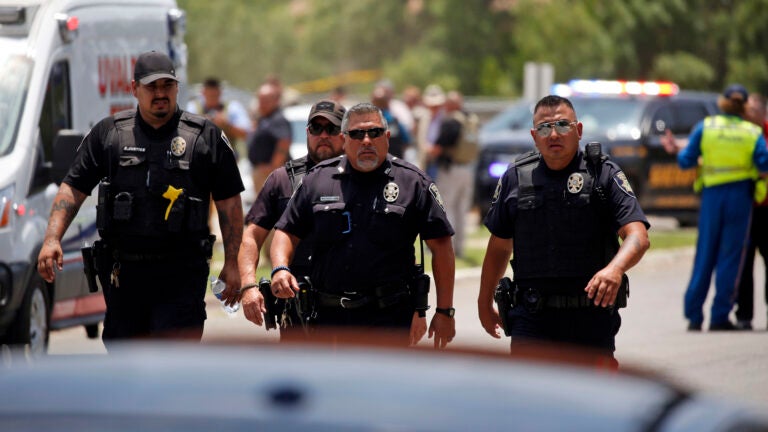