WASHINGTON — The FBI investigated more threats against the life of the late Edward M. Kennedy than previously revealed, according to records released today that vividly chronicle how the longtime Massachusetts senator became a magnet for the anger of disgruntled people around the world.

Portions of his FBI file that were declassified last year showed that Kennedy, who represented Massachusetts from 1962 until his death from brain cancer in 2009, lived under the constant threat of assassination following the murders of President John F. Kennedy and Senator Robert F. Kennedy.

The new collection of documents from Kennedy’s voluminous file, covering the period from the late 1960s to 2001, show how protecting him was a full time job for FBI and Secret Service agents. In one case, FBI agents took pains to identify the origin of a threatening letter mailed to the senator by analyzing the properties of dozens of models of copy machines.

The steady threats, none of which was substantiated, were contained in letters to Kennedy’s office, relayed to law enforcement agencies by anonymous callers, or passed on to authorities by concerned citizens. They began in the 1960s, spiked during his failed bid for the presidency in 1980, and continued for the rest of his life.

Just weeks after Robert Kennedy’s death, in June 1968, a man called the FBI’s Miami office to report that he, his roommate, a cashier and a waitress at the New England Oyster House in Coral Gables overheard a patron identify himself as Sonny Capone, the son of the notorious gangster Al Capone, while making a threatening phone call from the restaurant.

“If Edward Kennedy keeps fooling around, he’s going to get it, too,’’ the caller, who was apparently drunk, reportedly said. The FBI confirmed that Sonny Capone was living in the area at the time, but there is no record in the documents released today of any follow-up.

In October 1969, the FBI in New York reported that the secretary of William F. Buckley Jr., a leading author and commentator, received an alarming phone call from a woman with a Spanish accent who demanded to speak with the erudite conservative.

The woman said she was from South America, had “newspaper connections’’ there, and had learned that a plot to kill Kennedy was being hatched in Havana, Cuba. The woman said the plot was being developed by communists, but would be made to appear as though the “right’’ did it. The FBI hoped the woman might call back with more information, but she never did.

The documents were made public after a request from the Globe and other news organizations under the Freedom of Information Act.

The newly released files demonstrate how Kennedy was drawn into virtually every political controversy of the era and was often vilified by some of the most disgruntled actors.

In the 1960s, for example, Kennedy’s appearances were protested by the right wing John Birch Society. In the 1970s, during the American Indian uprisings, Native American activists threatened to picket his visit to a college in Montana.

Then, in the 1980s, during the height of the Cold War, he received a letter from someone claiming to be a secret agent for the KGB, the Soviet Union’s foreign intelligence service. That person told Kennedy “I now commit sabotage whenever practical and possible,’’ and added, “you will never find me.’’ The letter was signed, “Sincerely, X.’’

Kennedy also became a target for disturbed individuals in the aftermath of 9/11 as well. In October 2001, when letters containing deadly anthrax were mailed to government officials and major media organizations, Kennedy’s Boston office received a letter containing white powder that was later determined by the Massachusetts state laboratory to be harmless.

Other documents reveal the extent to which the scion of the legendary political dynasty was also a magnet for conspiracy theorists.

Over the years, Kennedy was named in a series of lawsuits that accused the government of a variety of abuses of power. In a 1977 lawsuit, the plaintiff alleged that Kennedy conspired for more than three decades with several American presidents, Pope Paul IV, and Soviet leader Leonid Brezhnev “to cause an electronic-cosmic controlled bio-feedback implant apparatus’’ — which he claimed to be a form mind control.

A federal judge dismissed the case as “patently frivolous.’’

The FBI said that more records pertaining to Kennedy “are currently being reviewed’’ and will be released to the public at a later date. 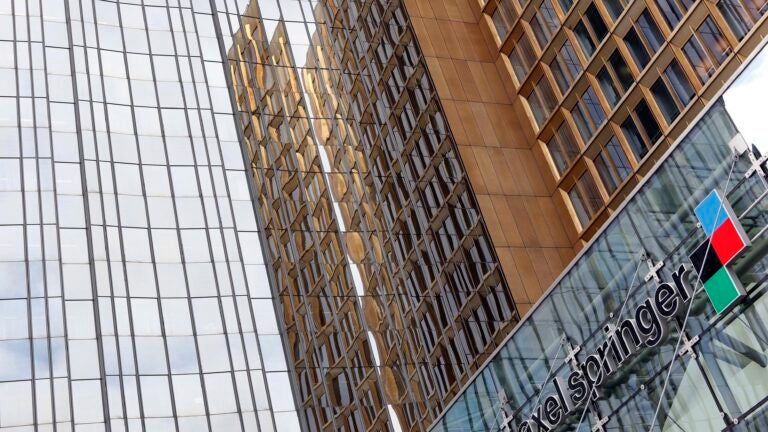