Severe thunderstorms have begun rolling from west to east across the state, and forecasters are warning that some will dump torrential rains.

The National Weather Service has issued severe thunderstorm warnings for areas in Central and Western Massachusetts, including parts of Franklin, Hampden, Hampshire, and Worcester counties.

The storms could produce large hail and winds of more than 60 miles per hour, the forecasters said.

The forecasters also issued flash flood warnings in the same counties, saying that the storms could dump 3 to 4 inches in an hour.

“You may get one over your house, and then three streets over, nothing,’’ Foley said.

He said the storms could hit the state’s coastal areas by 7 p.m. or 8 p.m.

Showers should move offshore by midnight.

Temperatures today may climb past 90, but the rest of the week should be drier and more temperate.

Though there might be some lingering rain Tuesday afternoon around southern New Hampshire and north of Route 2, most places should stay dry, Foley said.

The rest of the week looks summery and sunny, with temperatures around 80 degrees and a little cooler on the coast. Only by Saturday, Foley said, can Massachusetts expect more “unsettled’’ weather. 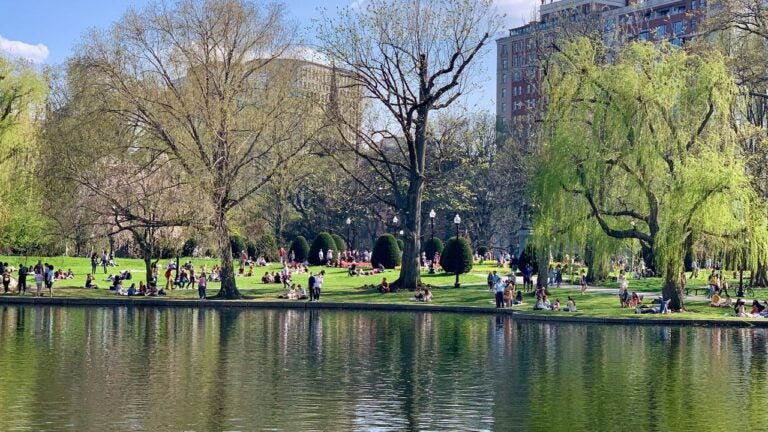