A 20-year-old Chelsea man who had enough money in his pockets to ride the subway tried to evade the Red Line fare anyway, and when was arrested, officers found a loaded pistol in his pocket, MBTA Transit Police said.

Judge Michael Bolden yesterday ordered Rodriguez detained after Suffolk prosecutors said that at the time of his arrest on Sunday, he was free on bail for a pending drug case in Chelsea District Court. Bolden revoked the Chelsea bail and set bail at $20,000 cash for the gun charge.

According to a Transit Police report, uniformed officers were patrolling the Red Line’s Andrew Station around 1:20 p.m. Sunday. The uniformed officers saw Rodriguez ignore an orange cone and jump through the gate of a broken automatic fare collection machine, the report said.

The officers asked for identification. After tossing a folded business card at them, Rodriguez tried to run away, according to the report. But the officers grabbed him and began searching him because they feared he might be carrying hypodermic needles, as Andrew Station is frequented by drug users, the report said.

No needles were found, but police said they discovered a .25-caliber Walther Model 9 pistol stuffed into the right front pocket of his pants. Police said there was one round in the chamber and six in the magazine.

According to the police, Rodriguez also had nearly $6 in cash on him when arrested. 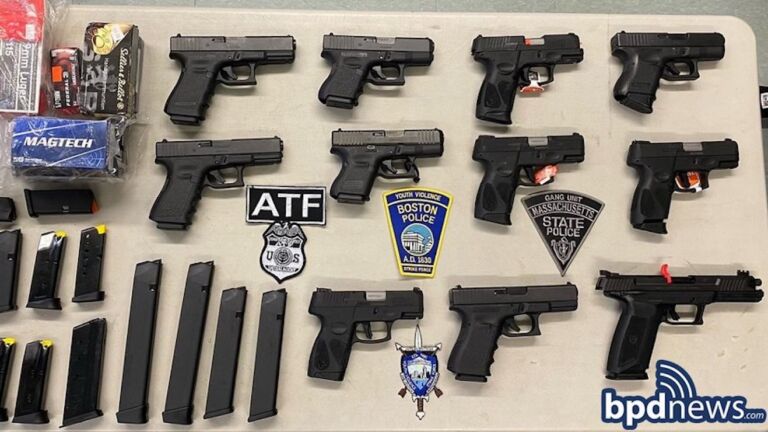