A win for sleep-deprived doctors: Darshak Sanghavi, chief of pediatric cardiology at the UMass Medical School and a health care columnist at Slate, wrote for The New York Times Magazine that a change put in place last month curbing the number of consecutive hours new doctors can work was a win for sanity — and for the many Boston doctors who have long been advocating for the change. But, he said, more work needs to be done to improve doctor communication, both to prevent hospitalizations in the first place and to ensure that doctors coming on shift at the hospital get all of the information they need from those leaving.

Heart treatment under attack: It has long been known that people who have stable heart disease and choose to have a stent inserted into a narrowed artery are not more likely to avoid future heart attacks than those treated with aspirin or cholesterol-lowering statins. But a recent study in the Journal of the American Medical Association found that as many as half of all elective stent procedures were either inappropriate or of uncertain benefit to patients, Globe reporter Deborah Kotz writes.

Psychiatric stays for children on the rise: A study published in the Archives of General Psychiatry last week found that the rate of children and adolescents admitted to psychiatric units rose dramatically between 1996 and 2007. Joseph C. Blader, a researcher at Stony Brook University School of Medicine, found that people ages 5 to 19 were staying in the hospital longer too, too.

The threat of cuts to science: If Congress’s “super committee’’ does not find $1.5 trillion in spending cuts and new revenue by Christmas, agencies that support disease research and fuel scientific development in the United States could see their funding slashed considerably. The National Institutes of Health could lose $2.5 billion, or 7.9 percent, in 2013, Elizabeth Lopatto of Bloomberg News reports. Congress has pledged to find money or automatically reduce the Pentagon budget and that of hundreds of federal agencies. 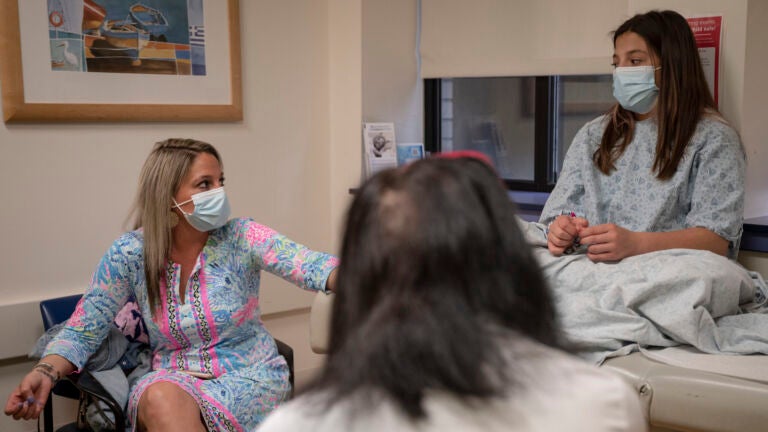 ‘This is really scary’: Kids struggle with long COVID