The stress of a parent’s military deployment can trigger stress and behavior disorders in children. But too often the community of people supporting those children is unaware that their parents are serving overseas, said Dr. Paula Rauch, director of family support at the Home Base Program.

Home Base, a partnership of Massachusetts General Hospital and the Red Sox Foundation, is encouraging pediatricians to ask all families if they are affected by a deployment. The program has developed an online tool kit to help doctors screen children for military-related stress and connect them with follow-up care.

Hundreds of Massachusetts guardsmen and -women have returned home from Afghanistan in recent months. More than 1,000 remain there and in Iraq. Counting active duty military members and reservists, many more Massachusetts people are deployed.

The Home Base program estimates that about 13,000 children in the state have a parent who is deployed. Because of a heavy reliance on reservists and members of the Guard, Rauch said the effect of those deployments on communities is dispersed. Children often are the only ones in their class — sometimes in their school — who have a parent serving in active duty.

“It’s everybody’s neighbors who are being deployed, and yet somehow it’s going on somewhat invisibly,’’ she said.

The tool kit comes with simple checklists that teenagers or parents of younger children can fill out during check-in for a regular appointment so that their doctor can evaluate whether they are having trouble coping. It also includes prompts for doctors and a primer for parents on how to talk to children about their military experiences or address serious issues that can come with a homecoming, including post-traumatic stress, injury, and substance abuse.

The tool kit is being distributed through the Massachusetts Child Psychiatry Access Project, which connects pediatricians throughout the state to six teams of child psychiatrists, social workers, and care coordinators for phone consultations about how to serve children with mental health needs.

“If the child already is being bullied a little bit, (a deployment) can really push the child over the edge, particularly because these kids tend to be in schools where they don’t have other kids in a similar situation,’’ said Dr. John Straus, vice president for medical affairs of the Massachusetts Behavioral Health Partnership, which administers the access project. “They can feel very isolated.’’

His group has e-mailed the tool kit to doctors in its network and mailed 2,500 hard copies. Straus said he already has received requests for more.

The mental health teams Straus works with will provide regular reminders about the screenings during consultations with doctors, he said. They also will coordinate follow-up care for families who need it.

The tool kit is part of Home Base’s effort to teach an array of community players about the effects a deployment can have at home. Last month, the group held a free conference for clergy members. It is also working with superintendents and school nurses, and Rauch said she hopes to develop similar tool kits to be used in school settings or early intervention programs that work with younger children.

The tool kit is meant to be “consciousness-raising,’’ Rauch said.

“It is really user-friendly and simple,’’ Rauch said. “I think what we have learned over and over again is the value of things that are practical.’’ 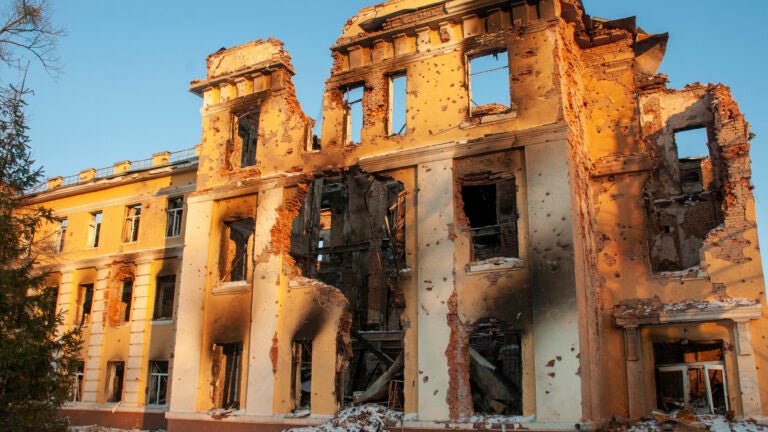