Friendly’s Ice Cream shuttered another 37 stores yesterday, including 10 in Massachusetts, before emerging from bankruptcy protection today, the company said in a statement.

The Wilbraham ice cream chain has now closed about 100 shops since filing for bankruptcy protection in October – about 20 percent of its locations. The most recent store closings will result in about 780 people losing their jobs, about 20 at each store, Friendly’s said. They include Friendly’s shops in Bedford, Springfield, Holyoke, Mansfield, Westborough, Shrewsbury, and Great Barrington.

Friendly’s, which is owned by private equity firm Sun Capital, said in a press release that it tried to work out more favorable lease arrangements at locations where it believed rents did not reflect current market conditions and were making it difficult to keep operating the restaurants. Friendly’s restructured leases for some of those locations, but could not reach agreements with landlords at 37 restaurants, so the company decided to shut them down at the close of business on Sunday.

“We regret that this decision has become necessary, and we appreciate the hard work and dedication of the Friendly’s employees at each of the affected locations,’’ Harsha V. Agadi, Friendly’s chief executive, said in a statement. “We intend to accommodate as many as possible from closed locations to nearby operating restaurants, where available.’’ 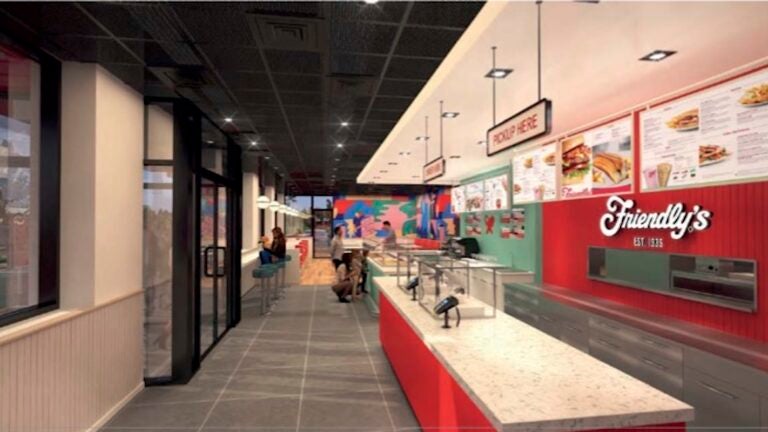