ALHAMBRA, Calif. – The mother of John Sohus told police that her son and his wife had gone on a secret mission to Paris, but refused to say more to a police officer who came to her home in April 1985.

Thomas LeVeque, a former San Marino police officer, was there to take a missing persons report for John and Linda Sohus. He testified today in an Alhambra court house that he investigated no further that night.

“At the time I did not feel that any further follow up was warranted,’’ LeVeque said.

John Sohus’s remains were found in 1994, buried in the back yard of the San Marino home of his mother, Didi, where John and Linda had also lived. A man then known as Christopher Chichester had lived in the guest house.

A former neighbor of Didi Sohus today identified Christian Karl Gerhartsreiter as the man formerly known as Chichester. The testimony of the officer and neighbor came during the second day of a preliminary hearing for Gerhartsreiter, who faces first-degree murder charges in Sohus’ death. Gerhartsreiter is accused of beating John Sohus to death, then burying him in the yard.

A third witness, another former San Marino officer, told the court that a postcard purportedly sent by Linda from Paris did not match the missing woman’s handwriting.

Gerhartsreiter, who has assumed many identities over his lifetime, masqueraded for years as Clark Rockefeller, a fraud that was uncovered when he was prosecuted for the parental kidnapping of his daughter in Boston in 2008. Prosecutors later linked him to the Chichester identity.

Though Didi Sohus at first believed her son was on a secret mission, former San Marino patrolwoman Lili Hadsell testified yesterday that the woman soon got nervous when bill collectors began calling. Friends were worried about the couple, and started to believe that something was wrong. A postcard from Paris – purportedly signed by Linda – was mailed to Linda’s mother, but a handwriting analysis showed that Linda had not signed it, Hadsell testified.

Chichester, Didi Sohus’ tenant, had been her point of contact with her son, and soon, Chichester too was missing.

Gustavo Perea, a former neighbor, pointed at Gerhartstreiter at the defense table when asked if he knew Christopher Chichester. Perea also testified that he could see straight into the bedroom of John and Linda Sohus, but that he rarely saw the couple.

However, Perea also told prosecutor Habib Balian that the couple seemed happy and that he’d never seen them argue. 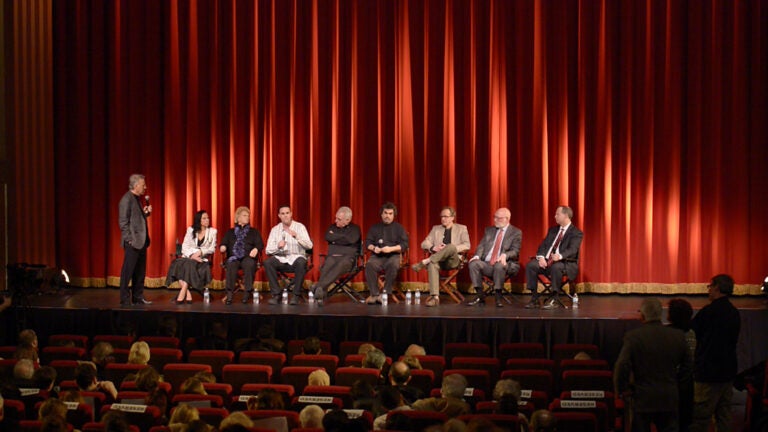