Because the Celtics were in Detroit for a game against the Pistons, Doc Rivers didn’t see his son, Duke freshman Austin Rivers, torch BC at Conte. But there was plenty of support for the fifth-ranked Blue Devils. New England Revolution coach Jay Heaps, who played soccer and basketball at Duke, was there with his dad, John. And despite being a Massachusetts native, a onetime coach at BC, and current head coach of the Revs, Heaps told us he was rooting for Duke “all the way.’’ (Wonder who Bruce Springsteen was rooting for, since the Boss has a son, Evan, at BC and a daughter, Jessica, at Duke.) We also spied Patriots president Jonathan Kraft and his son sitting courtside and rooting for BC. After the game, Duke coach Mike Krzyzewski and BC hockey coach Jerry York (each man has more than 900 career wins) chatted for a bit. 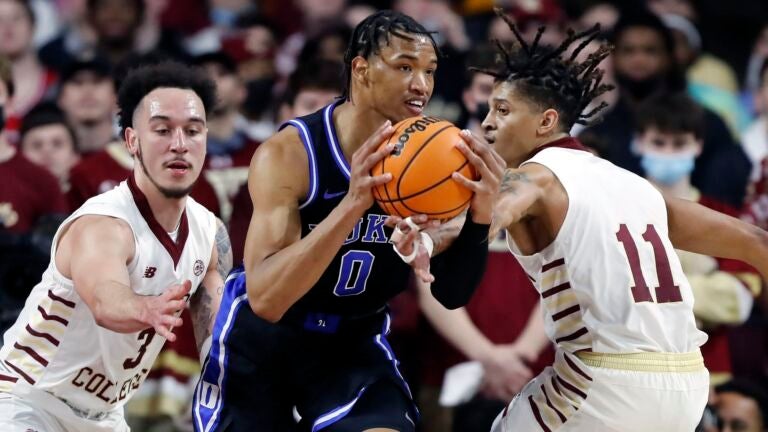 4 takeaways as BC basketball battles but falls to No. 7 Duke