Eight people were taken to area hospitals with minor injuries after an MBTA bus was involved in a crash with a car at Morton and Hannon streets in Mattapan around 11:30 a.m., according to T officials.

“A rental car cut in front of a bus and the bus made contact with the rear of the auto,’’ Lydia Rivera, an MBTA spokeswoman, said. “There is minor damage to both’’ vehicles.

Rivera said six of the 25 passengers on the Route 21 bus reported minor neck or back injuries, but all were alert and conscious. Four of the injured passenegers were taken to Boston Medical Center and two were taken to Carney Hospital. Two males from the car were transported to Brigham and Women’s Hospital, Rivera said. 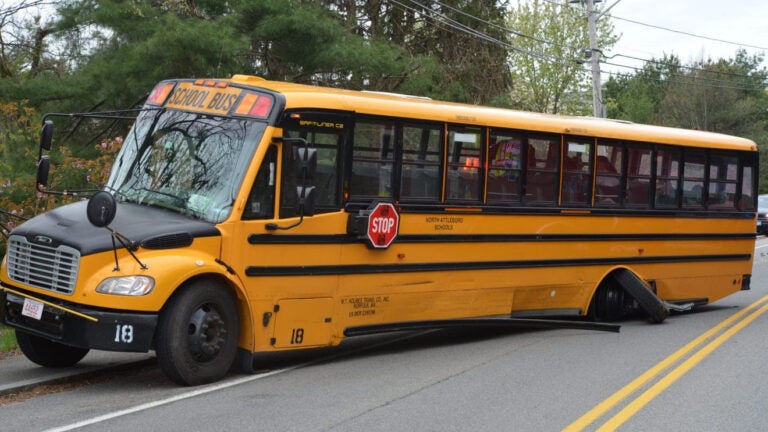 School bus with students on board involved in Plainville car crash