The fire caused an estimated $2 million in damage. All the residents have been accounted for, and none were injured, the authorities said.

With more people smoking outdoors, more fires caused by smoking are starting on the outside of buildings, authorities said. In 2010, half of all home fires caused by smoking started on the exterior of the buildings, Coan said. He said it was important to keep “deep sturdy ashtrays or cans filled with sand or water for people to dispose of their smoking materials” where people smoke.

Arruda added that fires that start on the exteriors of buildings often become very large before smoke detectors or sprinkler systems activate.

“We are extremely lucky that no one was injured in this fire,’’ he said. “If this had happened in the middle of the night, things might have been different.” 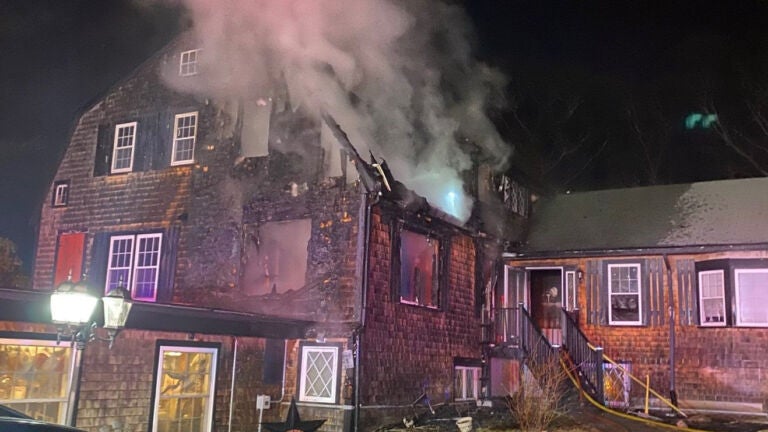