Three Boston TV stations that were knocked off the air Sunday by a technical glitch returned to service on Tuesday afternoon.

Over-the-air broadcasts from CBS Corp. stations WBZ-TV Channel 4 and WSBK-TV Channel 38, ABC network affiliate WCVB-TV Channel 5, and PBS station WGBX-TV Channel 44 shut down at about 8 p.m. Sunday. All four stations share the same antenna, located atop a 1,200-foot tower in Needham. WCVB-TV quickly resumed broadcasting through a backup antenna but the other three stations have stayed off the air. The outage had no effect on the great majority of viewers, because the stations continue to feed their signals to cable and satellite TV providers, who serve about 98 percent of viewers in the Boston area.

At 1 pm Tuesday, engineers at the affected stations briefly shut down WGBH, then moved its signal to the backup antenna being used by WCVB. Then WCVB, WSBK, WBZ and WGBX all began broadcasting from the WGBH antenna.

Paul Pabis, director of broadcast operations and engineering for WBZ and WSBK, said the outage was apparently due to a breakdown in a “five-way power divider,’’ an electronic component that separates the signals from multiple stations before feeding them to the antenna. Fixing the problem will require a complete shutdown of the antenna.

To accomplish this, each station will install a temporary antenna on the tower. After that, the WGBH antenna will be completely shut down. The power divider can then be repaired.

Pabis praised his fellow TV station engineers, saying they’ve worked together closely to get everybody back on the air as soon as possible. “We’re a fairly closely knit group, so we work together,’’ Pabis said. 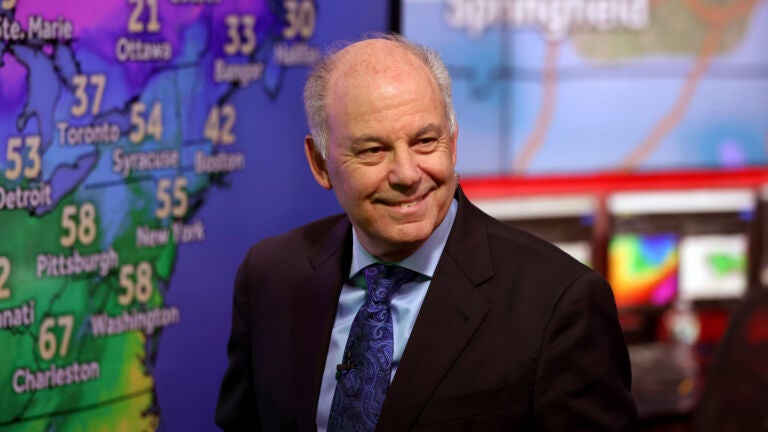