Tax day can be hazardous to your health.

Looking at 30 years of car accident data, a University of Toronto professor has found that April 15 (or whatever weekday income tax returns were due that year) is more dangerous than the same weekday a week earlier or later.

Roughly 13 more people die in road crashes in the United States on tax day than the other days, according to the research published Tuesday by the Journal of the American Medical Association.

Deadline stress was probably a key factor in these extra deaths, said Dr. Donald A. Redelmeier, who led the study and whose earlier research was the first to reveal the dangers of driving while talking on a cell phone.

“Our main finding is that stressful deadlines can contribute to driving errors that can contribute to fatal crashes,’’ he said. “We use tax day to learn something about stress that may be relevant 365 days a year.’’

Passengers and pedestrians are also more likely to die on tax day, Redelmeier said, though it’s not clear whether — for pedestrians – they were in the wrong place at the wrong time, or – for passengers – the car they were in was driven or struck by someone distracted by stress.

“We believe that almost every fatal crash could have been avoided by a small change in driver behavior,’’ said Redelmeier, who also practices medicine at Sunnybrook Health Sciences Centre in Toronto. More than 93 percent of accidents are caused by human error, rather than mechanical failure or roadway problems, he said.

Basic safety practices like wearing a seatbelt, obeying the speed limit, restricting alcohol use, minimizing distractions, and driving with care, save lives, he said.

“It seems like such a banal list. The problem is people sometimes forget,’’ he said. “The times they forget to wear a seatbelt may be the exact same times they’re predisposed to get into a crash’’ – like when they’re distracted about needing to file their taxes.

The study shows that nearly 7,000 people were involved in fatal car crashes on the 30 tax days, compared with about 6,400 on each of the non-tax days counted. The typical accident involved a young man, driving in a rural area.

The data set did not include personal information about the deceased, so Redelmeier can’t tell much about who they were, including whether they had already paid their taxes that year.

Because Redelmeier and his colleague Christopher J. Yarnell, also of Stonybrook, compared accidents over such a long period and on comparable days, they believe they can rule out other potential contributing factors such as the weather, time of day, sleep deprivation or alcohol use.

The American tax code may be part of the problem, he said, because it is so complicated. Filing taxes in Canada takes about half the time, he said, and in France, it’s about one-tenth as time-consuming.

The American tax code is “remarkably complex and fussy,’’ said the Toronto resident, who has lived on both sides of the border. “And onerous and high stakes.’’

But it’s a different story for the accountants.

“The stress in our office is very high,’’ Katz said. “We have to get a lot of work out in a very short period of time.’’

On the other hand, accountants are generally pretty cautious people. Katz said he doesn’t know of any tax-day accidents caused by accountants.

As for others, Katz said they shouldn’t get too worked up about tax day.

“There’s always extensions,’’ he said. “The IRS and the state — you can work with them. It’s not worth risking your life for.’’

Redelmeier said he has become a more careful driver on tax day and every other day since he began studying distracted driving. He and his wife avoid heated discussions in the car, he said. He tries to minimize distractions, be aware of his own weaknesses, and pay more attention to basic driving rules when he’s feeling under pressure.

There’s no way to avoid stress in life, Redelmeier notes. “But there are countless ways of making a stressful situation worse.’’ 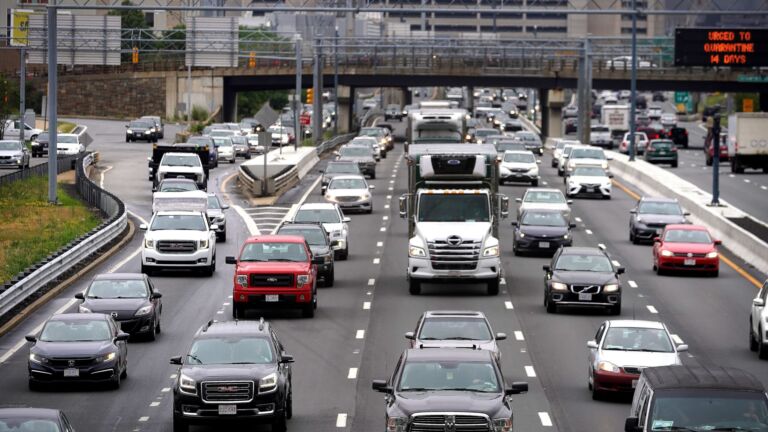