Kevin Systrom, one of the co-founders of Instagram, the mobile photo sharing service that was bought by Facebook Inc. for $1 billion in a deal revealed on Monday, is from Holliston, a suburban town of 13,000 about 20 miles west of Boston.

On Monday, Systrom revealed that Instagram, an 18-month-old San Francisco start-up, agreed to be acquired by Facebook Inc. for $1 billion in cash and stock. Systrom’s 40 percent ownership stake in the company is worth $400 million, according to a blog run by Wired magazine.

In a recent interview posted on YouTube, Systrom said, “I was a huge nerd. Starting out like 12, I think, we got our first computer in the house.’’

It was a video game that triggered Systrom’s fascination with computers, he said: “I was like a Doom 2 guy. Doom 2 the whole way. I would like, edit levels. I credit Doom 2 for everything.’’

Systrom recalled that at the time, the Internet “was not Web pages and apps. It was like, key words and AOL.’’

Although Systrom grew up in Holliston, and graduated from Middlesex School in Concord in 2002, virtually all of his post-high school experience has been on the West Coast. Brought to California by his parents, Systrom said in the interview, he decided “there’s no way I’m going to college on the East Coast. I was like, done with winter, done with grey Januaries.’’

After college at Stanford University, he worked at Google Inc. for three years, and a small Silicon Valley start-up that was later acquired by Facebook. He then started his own company, Burbn, which morphed into InstaGram in late 2010.

While at Stanford, Systrom also interned for a summer at Odeo, which later turned into Twitter. In a video interview posted on YouTube, Systrom said he also considered dropping out of Stanford in 2005 to work at Facebook, but decided to complete his degree.

The iPhone edition of the Instagram app has been downloaded and activated more than 30 million times since its October 2010 release. More than 1 million people downloaded the Android version of the app in the 12 hours following its launch last week.

Systrom also appeared in a Best Buy commercial, where he simply stated: “I created Instagram!’’ See it here. 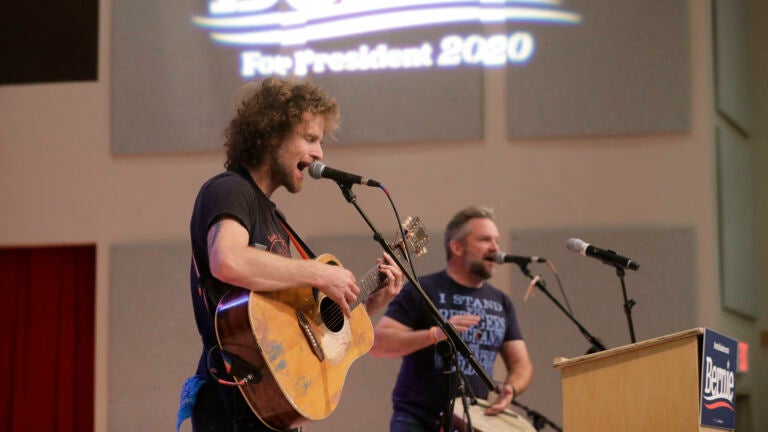