US District Judge Kevin Castel in Manhattan yesterday signed an order closing a suit filed by Nike Inc. and ordering that Canton-based Reebok offer to buy back jerseys in retail stores and recall any jerseys under its control.

Reebok’s licensing agreement with the National Football League ended March 31, and Oregon-based Nike this month became the official supplier of licensed NFL apparel. Nike sued March 27 to block Reebok from selling the jerseys, which were sold after Tebow’s trade to the Jets.

Castel’s order was issued with the agreement of both sides. Court papers referred to a settlement agreement that wasn’t immediately available. Castel had issued orders blocking Reebok from selling the jerseys as the case progressed.

Lawyers for Reebok had argued that the company had the right to sell the jerseys and T-shirts under a sell-off provision of its licensing agreement with Players Inc., the marketing affiliate of the National Football League Players Association.

Tebow, 24, helped lead the Denver Broncos to the NFL playoffs after taking over as the team’s starting quarterback last year. He was traded to the Jets on March 21.

Tebow, a Christian who prays on the field after his team wins, was named the most popular professional athlete in the US in an ESPN poll this year. His Broncos jersey was the second-highest selling of all NFL players last season, Nike said in the complaint. Public reaction to Tebow’s sudden popularity has been called “Tebow mania.’’ 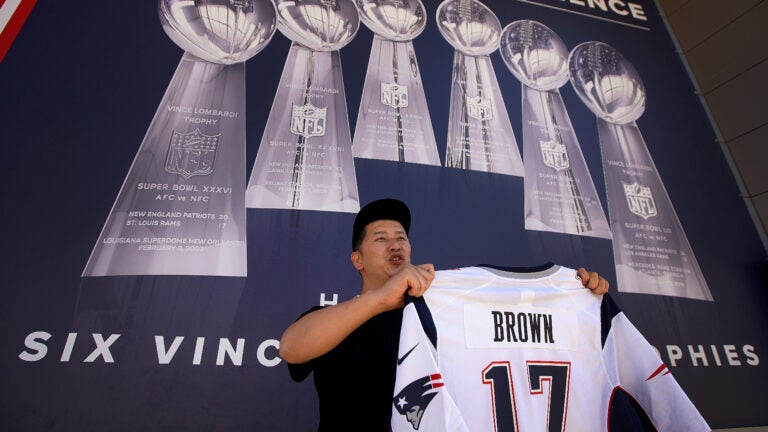