Rick Santorum uttered many kind words during his exit speech Tuesday afternoon, but not one was directed at Mitt Romney, the man whose path to the Republican presidential nomination Santorum cleared.

The former Pennsylvania senator consistently refused throughout his run to say he would endorse Romney if he failed to win the GOP nomination, and he made no mention of his rival on Tuesday. After a 20-minute address in Gettysburg, Pa., Santorum left the stage without answering a reporter’s question about whether he would get behind Romney now.

Campaign spokesman Hogan Gidley told MSNBC after the speech that Romney has requested a meeting to discuss an endorsement and that Santorum is open to the proposal.

In a statement, Romney congratulated Santorum on a strong campaign, calling the former Pennsylvania senator an “able and worth competitor.’’

“He has proven himself to be an important voice in our party and in the nation,’’ Romney said. “We both recognize that what is most important is putting the failures of the last three years behind us and setting America back on the path to prosperity.’’

Romney said Monday on Mike Huckabee’s radio show that he believed Santorum would offer support, if Romney secured the nomination.

Former House Speaker Newt Gingrich, running third, has explicitly pledged to back Romney, if he is unable to make a comeback.

“We’re pretty open-eyed about this, as we talk about where we are at this stage,’’ Romney said of Gingrich. “In all likelihood, I will be the one that gets the delegates to become the nominee.’’

But Romney said he and Santorum “haven’t had as much interaction.’’ 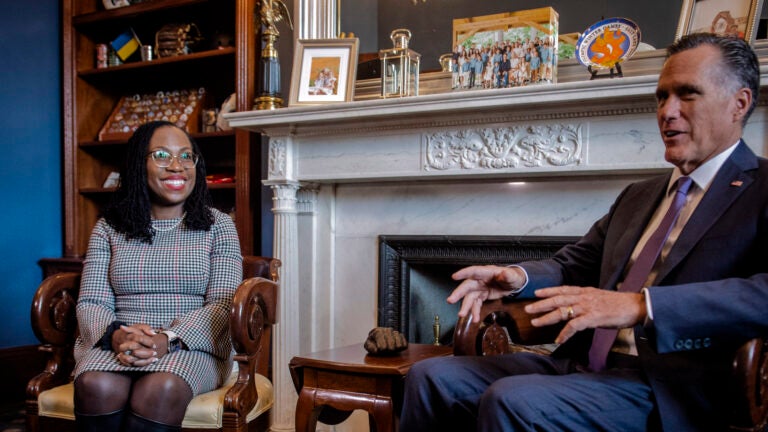