Ted Kaczynski, the Unabomber, who is serving life in prison for sending deadly mail bombs, won’t be able to attend his 50th reunion festivities at Harvard College. But he did contribute a bizarre entry to the alumni report for the class of 1962. 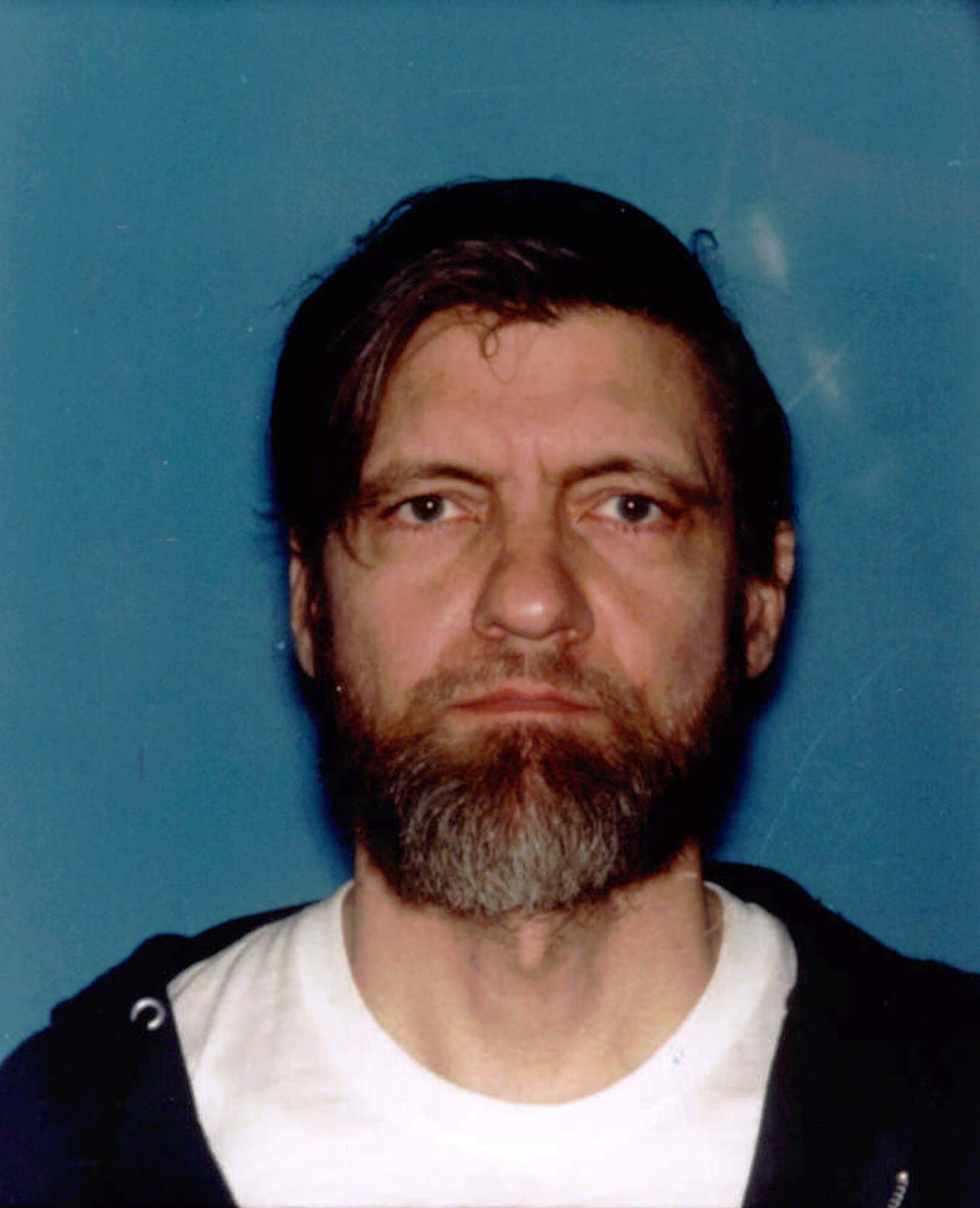 While many of his classmates sent in lengthy updates on their lives for the 2 ½-inch-thick “red book,’’ the entry for “Theodore John Kaczynski’’ only contains nine lines.

Under the awards section, the listing says, “Eight life sentences, issued by the United States District Court for the Eastern District of California, 1998.’’

Kaczynski’s name was also included in a state-by-state listing of the alumni at the back of the book.

The widow of one of Kaczynski’s victims said she was “disappointed in Harvard.’’

Susan Mosser, widow of Thomas Mosser, a 50-year-old advertising executive who was killed in December 1994 when a package exploded in the kitchen of their New Jersey home, said, “Kaczynski is a con artist. He’s a serial killer, he’s a murderer. … Everything is a game for him to push people’s buttons.’’

She said if Harvard did not publish his information, she thinks he would have tried to sue the school for excluding it.

A Harvard Alumni Association spokesman confirmed that Kaczynski submitted the entry and said it was considered within the guidelines set for the book, which is titled, “Harvard and Radcliffe Classes of 1962 — Fiftieth Anniversary Report.’’

The books are ultimately by the alumni for the alumni, the spokesman said.

“I don’t fault them on that,’’ said one of Kaczynski’s classmates, John Higginson, who now lives in Arizona and is participating in the reunion events in Cambridge this week.

He said the entries are written by the alumni, and rather than making Harvard look bad, the entry makes Kaczynski look bad for writing it.

Kaczynski evaded the FBI for nearly 20 years while killing three people and injuring 23 others with bombs sent through the US mail.

Matt Damon checks in for panel discussion at Harvard