A woman from Kingswood, Texas, could become the first person in the United States to receive transplants for both arms above the elbow.

Katy Hayes, 43, lost all four of her limbs when she was infected with a flesh-eating bacteria after giving birth to her third child two years ago. Hayes has been going through physical and psychological screening at Brigham and Women’s Hospital in Boston to be placed on the transplant list to receive new arms.

That could happen within a month, said Dr. Bohdan Pomahac, director of plastic surgery transplantation at the Brigham. Then Hayes would wait for a donor.

Pomahac said he believes the surgery would be the first in the United States to transplant two arms above the elbow. The hospital has performed bilateral hand transplants on two other patients. Richard Mangino received new hands last fall. Surgeons also gave Charla Nash new hands at the same time as a face transplant last year, though a subsequent infection required that they be removed.

Arm transplants are technically less difficult than hand transplants because the anatomy of the upper arm where the limb is attached is less complex, Pomahac said.

“But it’s a bit more challenging in terms of recovery,’’ he said.

“She’s close to being completely helpless, and if she has arms she can begin to make food for herself and her family,’’ said Lucille McNaughton, Hayes’s mother, in Dearborn, Mich. “We all know it would take a long time before she would be what we call normal, but she has a determination to do that.

“It’s hard for anyone to realize how horrible this is, but she has such a good attitude. She’s such a great person. . . . Right now I talk to her and she doesn’t cry.’’

McNaughton said the family is trying to raise funds to pay for the surgery.

If all goes well, Pomahac said Hayes could begin to have sensation in her new hands about a year after surgery.

Even without that, though, gaining an elbow and forearm would greatly improve her function because the arm could be used as a hook to hold bags or as a lever, he said.

Pomahac said that Hayes and her husband, Al, have been proceeding well through screening, which includes a psychological assessment “so that people don’t expect miracles but expect what we hope we can give them.’’

In a profile in the Houston Chronicle on Monday, Hayes said, “I want my life back.’’

“I want to hold my last child before she’s grown — and she’s already 2,’’ she told the Chronicle. “If anybody tells me ‘no,’ I’ll just go to the next hospital. ‘No’ is not an option.’’

Read more about the Hayes family on their blog. 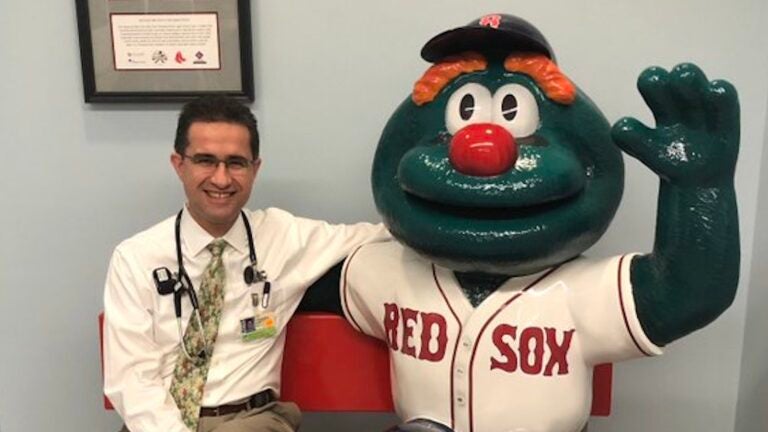